Our eighth 2016 Survivor Stories interview is with Carrie Blake from the USA.

Carrie Blake is a veteran public school teacher; 18 years of her career have been at a Title 1, ethnically diverse, low-income site. For the last three years she has been a public speaker and advocate for SAVE, the organisation that helped her and her children deal with the ramifications of her ex-husband’s domestic violence. She is also the only survivor/civilian member of the Alameda County Family Violence Council. She currently holds two master’s degrees, and is looking to earn her doctorate in the next five years. Carrie has two teenage children, a dog, and loves to be outdoors whenever possible. When she’s at home, she loves making folk art. She currently resides in the East Bay of the San Francisco Bay Area. 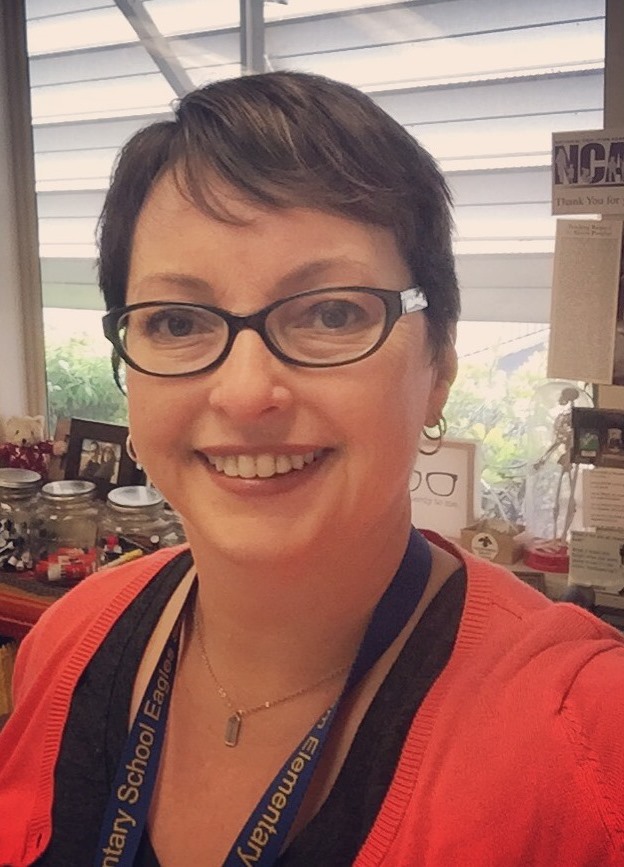 I was married for twelve years to a man who abused me and our children in every way. He was physically, emotionally, verbally, mentally, financially, and geographically abusive. He also became a drug addict. Eight years after we had separated, our daughter disclosed that he had molested her as well.

I have had over 400 court filings with him, been in court over 45 times, and have spent the better half of the last twenty years protecting myself and our children from him.

My abuser told me that I needed to get counselling because I was the one with the problems.

When I sought the advice of our pastor at the time, having gone to couples counselling before to no avail, she told me to leave immediately before he killed me and/or our kids. So I sought shelter with friends and the organisation SAVE.

SAVE helped me with the legal side of leaving him safely. Eight years after that, SAVE helped me to protect my kids a second time when my daughter disclosed her father’s abuse to her.

It took 12 years of family, individual, and crisis counselling, the support of SAVE, as well as a strong family support system and sheltering community to help us heal.

Additionally, I put myself through a second master’s programme in forensic psychology. The programme helped provide the educational research and theory that helped me contextualise and understand what the three of us had gone through. It also helped me figure out the best way to heal us and be able to help those around us.

Telling my story at SAVE’s Annual Fundraiser Breakfast was also a key turning point for me as it helped me feel empowered to own my story and help others.

No matter who tells you to leave your abuser, only you can make the final decision.

You need to understand that in most cases, the most important thing you can do is to remove yourself from the situation and separate your life from your abuser’s as much as possible. And don’t try to do any of that alone – surround yourself with knowledgeable and strong people who can truly help you keep every aspect of your life safe.

Sexism and violence against women is deeply ingrained in the blueprint of our culture. It’s not just going to go away on its own. Retraining has to be a paradigm shift from the inside out, and from the top down.

The Pixel Project seems to take their advocacy seriously and any organisation that brings awareness to and sheds light on the topics of domestic violence and sexual assault is an invaluable organisation to me.

This is because domestic violence and sexual assault are the silent hidden crimes that need to be addressed directly and purposefully.