Our seventh 2016 Survivor Stories interview, in partnership with CLIMB, is with Palesa Mompe from South Africa.

Palesa Mompe retired from the corporate world after 11 years to pursue youth and community development work. She is actively involved in transforming young people to new thinking where they can explore a different view of themselves and their realities. She spends her time working as a facilitator and coach with NGOs that aim to promote health on a social and economic level. To ground herself, she enjoys hiking, outdoor activities and spending time with her daughter and family. 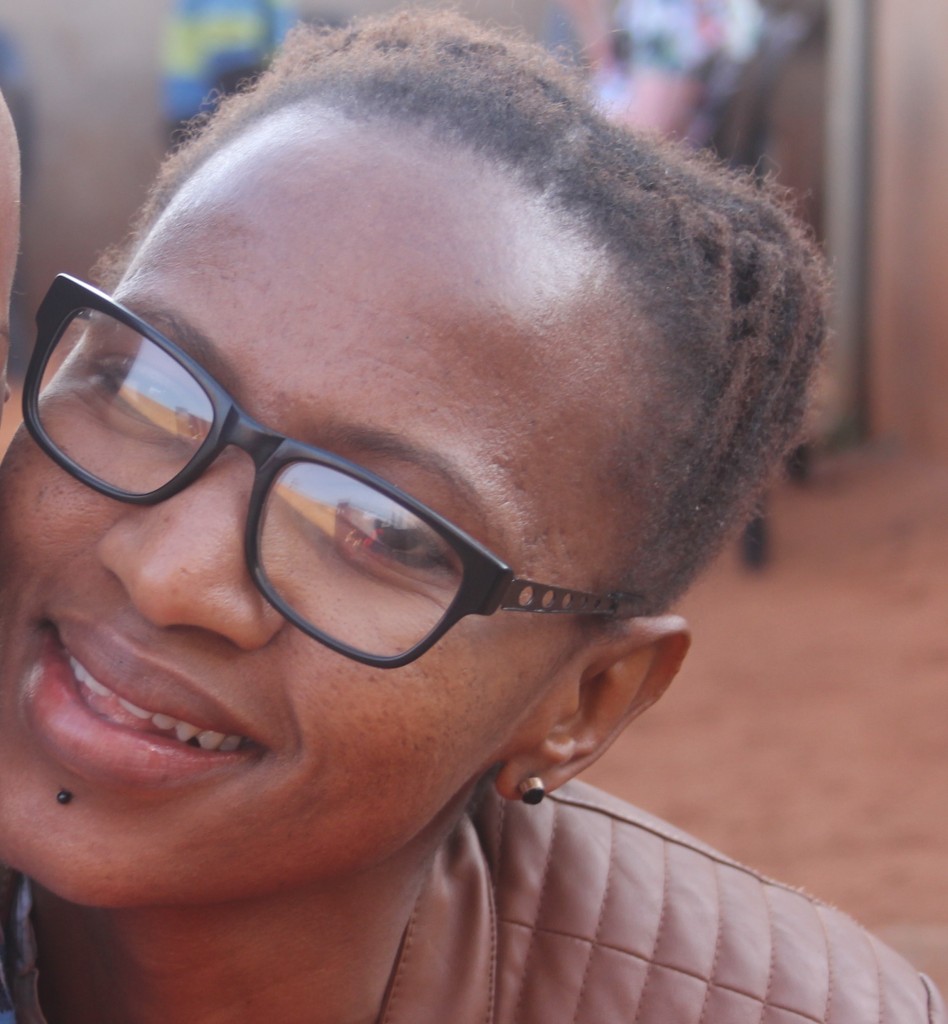 I was born to a young mother and raised by my grandmother. Like all children in the neighbourhood, I was sent out to play in the streets. A molester lured me to his house: I remember afternoons with 5 or 6 other little girls and sweets to distract us. One by one, we would eventually get called into his bedroom. We were too young to understand what was going on and I thought it was okay.

I was 7 when my father, whom I did not know, passed away and I was taken to live with his parents. There, a family friend molested me until I was 12. I was silenced by my fear, shame and confusion. All this trauma was locked in and I could not recall it for years. I switched off by diving into the fantasies that came with books.

When I was 18, someone very close to me was gang-raped in my presence whilst she was 7 months pregnant. This incident triggered a lot of unhealthy symptoms: I was moody, angry, and anxious. There was no one to talk to, since I was sworn to secrecy. I fought to avoid recalling the images and did what I could to keep moving: disappearing from home for days; getting drunk and making many friends in order to avoid feeling this unexplained and untreated void. Needless to say, my school work suffered greatly.

My first abuse stopped because I was sent to live with my paternal grandparents. My second one ended when my abuser moved away. As a child I was glad because I did not have the courage to stand up against my perpetrators. I was humiliated and ashamed and that stayed with me throughout my growing years. I went through life fearful of everything and everyone, suspicious of people and never allowed people to get too close to me.

In my twenties, after much impulsive and destructive behaviour, which included a suicide attempt, I tried reaching out for help and realised that another root of my emotional dysfunctionality was my mother whom I held accountable for my abuse because of her absence in my life. I realised my inability to stay in relationships was linked to the anger I felt towards my mother. Working and learning to forgive her instead of harassing her for answers and explanations as to why she had abandoned me was my first breakthrough. It gave me an opportunity to run back and search for inner love.

In my early twenties I was easily overwhelmed emotionally and did not know how to handle relationships. On a drive to Eastern Cape, I had a horrible flashback of myself as a young child on my knees in some man’s room. That was how I remembered that I was a victim of sexual abuse throughout my childhood.

I booked myself into a psychiatric hospital. For the first month I was on heavy medication. I was then introduced to mindfulness, which reconnected me to the world and to myself. I was also introduced to programmes like Dialectic Behavioural Therapy and distress tolerance, which helped me manage my anxiety and my life.

Speaking out was never easy but talking was like giving myself permission to breakdown and mourn the girl who was still left behind and scared. This required me to acknowledge and accept that I was abused in order to rebuild what was broken in me. My breakdown was much needed for me to unlearn a lot that was not working for me. It also gave me courage to share my story. I began working with other causes fighting violence against women such as CLIMB. At 35, there are still flashbacks, but the difference is that I am now empowered.

I would like women to remember that no matter the circumstances of the abuse, we never ask nor do we deserve the violation and humiliation that comes with abuse. It is critical to find our voice because silence is a way of allowing the perpetrator to silence us. We give power to them and increase myths such as victim-blaming.

We need to keep talking, to find someone to tell – tell and tell until someone listens. It is important and there are people out there who want to know about what is happening to you and are there to hear you. You do matter, you are important. You have an equal right to be safe and to be treated with respect, and no one has the right to infringe upon that.

Violence against women (VAW) is so prevalent in all cultures and societies, the statistics and number of reported cases, should inform us that on issues such as these, we simply can’t wait for national campaigns or outreaches to start sensitising people about VAW.

Basic education around gender-based violence needs to be incorporated at entry level in schools/churches, etc. The topic about sex on its own is still very taboo in a lot of communities, making it difficult to think of reporting an incidence of abuse. I find it vital to create friendly platforms to speak out and talk about it.

Because The Pixel Project recognises the seriousness of violence against women as a global issue. The platforms they provide are a means of building a culture free of rape, violence and abuse. It also supports victims of gender-based violence who know that the issue is being talked about and that people are being sensitised. It’s also encouraging to see how other people who have been victims are coming forward, creating greater reach and impact.