I work for my family business which was started by my eldest brother. I was his first employee and partner. Today we have a team of more than forty amazing and highly motivated individuals in our business group of four companies. We started with designing and building retail store merchandising solutions and grew the business into a market activation company with our own production and deployment capabilities. That is my part-time job. My full-time job is a husband to a beautiful wife with whom I share a wonderful son Jun Yin (Joahern) Low. 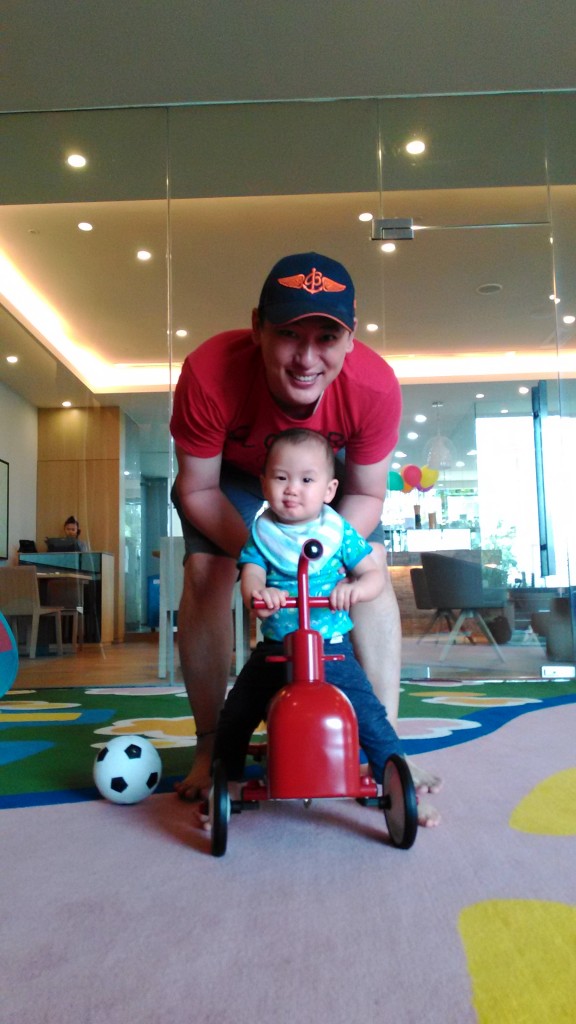 Waking up to the laughter of Jun Yin is the best feeling in the world. I am a co-business owner with more than forty people who have entrusted us with their livelihoods. It is nerve-wracking for me. My wife is supportive which helps a lot, but Jun Yin gives everything a purpose in our daily rat race.

Having Jun Yin also improves me and my wife as people. We realised that though we are generally good people, there were many bad habits and attitudes which we could improve on so that Jun Yin would have the best influence from us, at least to the best of our abilities.

My dad is one of the most respectful men towards women I’ve ever met . I have not heard him say mean things to Mom, and there is generally so much respect between the two of them. This has had a significant influence on how respectfully I treat all my relationships.

Lead by example. Teach boys to be respectful people and generally they will be good and won’t really go wrong. Men will have to educate themselves on this issue to enable them to lead by example because religion and old habits generally teach men to lead and women to stay quiet and faithful to the husband. We need to change all that. It is never okay for a man to hurt a woman just as it is never okay for a woman to hurt a man.