Our eighth 2015 Survivor Stories interview is with Courtney Weaver from the U.S.A.

TRIGGER WARNING: The second Q&A in this interview may be distressing for some Domestic Violence survivors.

In the year of 2009, when I was 22, I sang at over 95 musical performances and 5 Blues Festivals in Humboldt County, establishing myself as the resident Blues belter. Just as my career was beginning to take off I was derailed when I was shot in the face and arm by my abusive boyfriend on January 15th 2010 in Arcata, CA. After moving back to my hometown of Seattle in January 2011 and 13 reconstructive surgeries later I am finally healed and have successfully rehabilitated my life and voice as a passionate advocate for domestic violence. 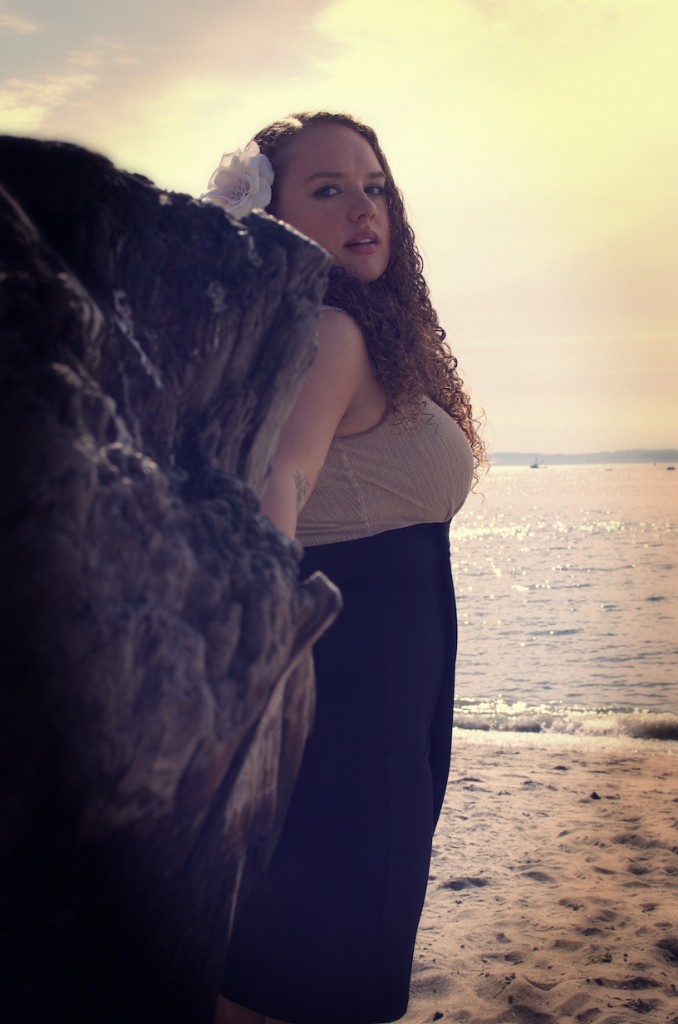 In 2009 I was a 22-year-old singer living my dream as a professional Blues vocalist. I performed at 5 music festivals and had 97 gigs under my belt as the resident blues chanteuse of Northern California. I’d set my sights on making 2010 a milestone year for my career.

Instead, my life took an unexpected turn on January 15th, 2010 when I was shot point-blank in the face through my arm by my abusive boyfriend in my own kitchen. Since that night, I’ve had 13 reconstructive surgeries and hundreds of doctor’s appointments. But, I’m not a victim. I’m a survivor. Rather than let this experience break me, I have raised my voice in a call for action, fighting the culture of silence that hides domestic violence.

My dream as a vocalist, survivor, and storyteller is to elevate and raise awareness about domestic violence by sharing this shamefully all-American love story, to change our culture’s dialogue and bring to attention the dissonant and often fatal duet of love and violence.

I had tried to block my boyfriend from leaving moments after I had said I couldn’t be with him, I was afraid he was going to go on a shooting spree after he had killed my cat who attacked him when he was loading his Kimber .45 handgun. I was shot point blank in the face through my right arm when I covered my ears and crouched as he fired his gun five times in my kitchen.

Moments after, he looked at me and ran out the kitchen door shooting his gun up the street. I jumped up and ran into my living room and grabbed my purse realising I had been shot in the arm as I extended it to grab my purse. As I ran through my foyer and screamed for help, I realised I’d been shot in the face as blood, teeth, and bodily tissue spilled out of my mouth and down my neck. I ran to 3 different neighbour’s houses before I received help.

Meanwhile Kenneth, my shooter, was attempting suicide but was eventually subdued and arrested after assaulting a police officer. When asked why he did it by the responding officers he told them it was an “abortion murder.”

Yoga to me is the capacity and willingness to adapt to a constantly changing situation. Yoga allowed me to reclaim my body and my boundaries.

Singing, my preferred medium, allows me to articulate my feelings and express this adaptation using music as the catalyst. Music has long been a healing balm for those who have survived great pain and suffering. More often than not, violence happens at the hands of a loved one. Music has the power to unite a diverse swath of people and incite social justice.

I began speaking out days after the shooting and speaking at various events soon after my release. In addition to my public speaking, I also testified on multiple domestic violence bills, notably HB 1840 for 3 years and the I-594 campaign, the first ballot initiative for background checks in the country. I also volunteer on the WSCADV fatality review.

When the media is covering violence against women I think they should shift over into focusing the attention on the survivor in a positive light. I think preventative education and intervention coupled with the study of violence would be the way to go. The tracking of violence is of particular interest to me personally. Collecting and analysing this data has been fascinating and illuminating for me. I’m interested in determining ways lawmakers, advocates, and the community can utilise this data to strengthen laws that impact the dangerous implications that arise when guns are accessible to domestic abusers

I support The Pixel Project because I believe it is incredibly important to get men involved, as someone who has shared my story to many different audiences as a survivor I have noticed that men, especially abusive men tend to listen to other men more than to a woman. Social media has been an amazing tool for not only starting the conversation, but also elevating the voice of many survivors like myself who had been silenced by the abusive male powers that be until the advent of social media gave us a platform to raise our voices.