Our seventh 2015 Survivor Stories interview is with Twahna P. Harris from the U.S.A.

Twahna P Harris is the Executive Director of The Butterfly Society, a nonprofit domestic violence organization. The organization was given life through her own personal journey as a victim and survivor. She is a public speaker, mentor, advocate, wife, mother and a woman of God. She is recognised on a local and state level for the work she does with victims and survivors. She empowers victims and survivors to TAKE BACK their lives because there is LIFE after domestic violence. She is living proof. She stands strong. “Like a butterfly, I have been reborn with bold colors and strong wings” — Johnathan Lockwood Haie. Her hobbies are meditation time, volunteering in the community, exercising, and writing. 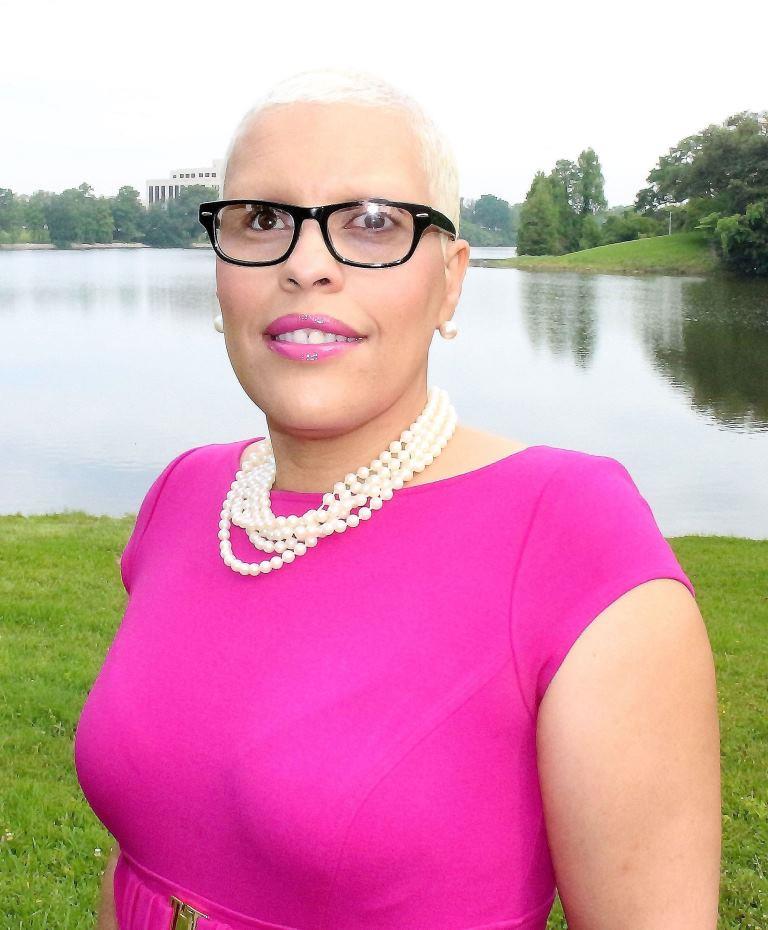 My personal experience is with domestic violence, and it has been a journey.

I was a student when I met this guy — handsome, said all the right things, had a great job and drove a really nice car — who swept me off of my feet. We went on a couple of dates and decided to become a couple. When we moved in together everything changed. He was like Dr. Jekyll and Mr. Hyde. I was physically, mentally, emotionally, and sexually abused. I quit going to class because I was embarrassed and I didn’t want to have to answer the hard questions. My grades suffered tremendously. I flunked out of school. My mind wasn’t there anymore.

I left several times but I went back because I felt guilty for leaving him. He threatened to kill me if I ever left again. I saw myself in a dream dying at his hands. I was in a very dark place in my life (depressed). One day, I picked up the phone made a call to the local Battered Women Shelter. The lady that answered the call was very kind, caring, and welcoming. I told her that he threatened to kill me but I wasn’t ready to leave. Her words to me were: “If he tells you he is going to kill you then he will do just that”. She told me I needed to get a safety plan in place for when I decided to leave.

The safety plan came into play the next day after I had a conversation with God the night before. I asked Him to remove me from the situation. I made a commitment to Him to never allow another man to treat that way again, to never move in with another man unless he was my husband, and I would use my voice to help education others about domestic violence.

The next day I got dress for work like a normal day. Gave him a kiss goodbye, told him to have a great day. When I left, I hid behind an abandoned building and watched him leave. Then I went back to the apartment and took everything I could possibly take. What I couldn’t take I left behind. I NEVER went back. That chapter of my life had been written. It was time to start on a new chapter.

I remembered I had dreams and goals that I had to accomplish for myself. Nothing was going to stop me.

I met a great man who believed in me, supported me and loved me unconditionally. I enrolled in a Community College (BRCC) to get reengaged with school again. I had a great support system (my professors) who believed in me and wanted me to achieve success. I graduated from Baton Rouge Community College in May 2003 and enrolled at Southern University where it all began. I had an awesome support system there as well. The professors encouraged me every step of the way and I graduated from Southern University Summer 2008.

I did a lot of writing in a daily journal that helped me to heal as well. I gained strength daily through Bible verses, poems, quotes, newspapers etc. I found myself sharing my story many times in small settings.

I had also shared my story with my sorority sisters. They were in total disbelief. I made it perfectly clear to them that domestic violence didn’t have a certain face. My sorority hosted a Domestic Violence Forum and I was asked to be a guest speaker. I hesitated because I had never shared my story to a public audience before. I told them I had to pray about it. A small voice within (God) reminded me of the commitment I had made to Him. That night I shared my story to an audience of a 100 young ladies. I was so, so nervous. At the end of the programme, I was standing in the back of the room when 5 young ladies came up to me to thank me for sharing my story. They were in domestic violence situations themselves or they knew someone who was. They were eager to share the information they had received. I knew then that my story was no longer mine but for someone else to help save a life and I have been doing the work of an advocate ever since.

The very first thing I would share with the victim is that you are not to blame and you are not the problem. God created you with life, value, and purpose. You don’t have to go through this alone. Let someone know what you are going through a friend, family member, co-worker, or a domestic violence shelter. There is a voice in all of us. Find yours. It’s there. You will be told to leave many times but it’s when you have a safety plan in place that you do get ready to leave. I call it “WHEN THE LIGHT COMES ON.” “THERE IS LIFE AFTER DOMESTC VIOLENCE.” I’m living proof….

We can end domestic violence through education, outreach, advocacy, support group and partnerships etc. We also have to make domestic violence a part of our conversation just like any other issue that’s a crisis. That way people are always reminder that domestic violence is real. Everyone has to be included in the movement law enforcement, churches, the school system, judges, health care services, communities, business leaders, advocates, survivors etc.

NO MORE SILENCE! WE WILL END DOMESTIC VIOLENCE!

The Pixel Project is a great nonprofit proving opportunities for victims or survivors to share their stories as a way of healing, a way to empower, a way to inspire, and a new way to live life. We need more projects of this magnitude in place. This is a way that victims and survivors can build a community of support for one another. It is a great resource as well. I thank you for the opportunity for allowing me to share my story with you. I hope and pray that it will be empowering for others.