Our fifth 2015 Survivor Stories interview is with Jessica Hawkinson from the U.S.A.

TRIGGER WARNING: The first two Q&As in this interview may be distressing for some domestic violence and rape survivors.

Jessica Hawkinson is going to Clarkson University to fulfil her goal of majoring in psychology and journalism. She spends a lot of time writing papers on Rape Culture and making YouTube videos on the ideology of Rape Culture existing in today’s society. She talks to people who have gone through similar experiences and help as much as she can. She has created a website called Help Find Your Voice to help others get the help they need, while sharing their experiences to help others come forward and find strength in their voices together. She is also very active in sports, playing both ice hockey and lacrosse and loves hiking with her friends. 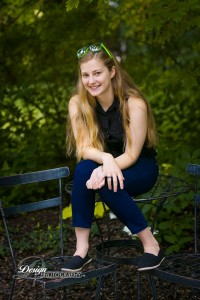 I was dating a guy for what ended up being a total of 9 months but after the first two, he started to be controlling and demanding. He manipulated me in a way that made me feel as though I was the one hurting him (for example, he said he would kill himself if I left him).

Eventually, his actions grew to the point of threatening and eventually raping me. He controlled me to the point that when he did sexually assault me in public and when others asked, I would say that he did it all the time and that it did not bother me, even though it hurt me more and more each time.

I ended up moving to a different state for boarding school. It was not the kind of relationship that he wanted so we ended things within 2 weeks.

To be honest, it took me a while. However, I finally confided in a friend of mine who pushed me to speak up and talk to the school psychologist that we had on campus. I was very uncomfortable talking about it but he helped me get to where I was able to say what needed to be said. I learned to trust again and felt comfortable in more social situations as the talking continued. I learned that a wonderful way to help myself get over my experience was to help others and advocate for domestic violence and the rape victims who cannot speak up.

Tell someone. I know that it seems like the hardest thing in the world right now, but it helps so much in the long run. Sharing your experience, how it made you feel, how it still makes you feel, helps you move on and learn to live your life for yourself again.

It won’t be an easy thing to do, but first and foremost, people need to stop blaming the victims. I don’t care if they were drunk or if they were wearing some skimpy outfit, it WAS NOT and NEVER WILL BE their fault. We need to come together as an organisation, as a community, as the entire world, and speak up about the truth of this. The people who refuse to believe that these kinds of things happen to thousands of women a year need to become aware of what is really happening in our world. And those who are doing these to us need to know that they aren’t going to get away with it – that they WILL face the consequences for their actions and that they aren’t going to win over these women. This is our life and we will take it back.

I support The Pixel Project because if the allowing those who have been victims to speak up and share their story so that we can help others who are going through these situations get through them. You cannot do this alone, but as a group of women (and men) coming together and being there for each other, we can ensure that no one will ever go through this alone and that we will all come out stronger.