Our sixth 2015 Survivor Stories interview is with Kristen Paruginog from the U.S.A.

Kristen Paruginog is a domestic violence survivor, speaker, advocate, social media guru, blogger, former national and local pageant titleholder, and international spokesperson for the non-profit organization, Break the Silence against Domestic Violence. Kristen has a passion for community service involvement and also enjoys entertaining audiences through the art of Polynesian dance. Beyond her advocacy work, she loves animals – especially her two pit bulls, Kiko and Tojo. 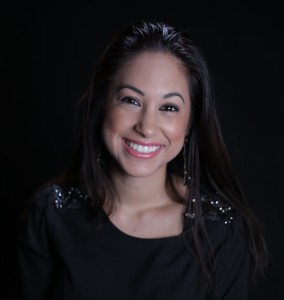 Over the course of our 3-year relationship, he bit me in the face, locked me in rooms, suffocated me with a pillow, restrained me, constantly called me names, demeaned me and used threats to control me. He forced me to have sex with him on many occasions, threw me to the ground on many occasions, pulled my hair, spit in my face, kidnapped me, and held me against my will.

The last incident which woke me up to break away happened on October 2, 2011. I was lying down on the bed and he bit my arm. I told him to stop, but he would not. It became red immediately, the next day it was bruised and swollen. Seeing my bruised arm made me realise that if I stayed my life would only continue spiraling out of control.

What helped me stay accountable and not go back was learning to love myself and telling my mom.

After finally leaving that destructive relationship, I realised I wasn’t alone and other men and women were suffering like I was. I was committed to bettering myself because I didn’t want to fall back into another horrendous relationship. I needed to learn how to love and respect myself again!

I began sharing my story which helped me gain my confidence back, and it gave me my purpose in life. When I share my story, I know at least one person will relate to it – by that one connection that person then learns they are not alone and that we can do this together. Attending conferences, retreats, trainings, and women empowerment groups with other survivors truly helped me.

I share my story with the world and am doing it for those who still live in fear and for our angels who have been taken from us because of acts of violence. If you are in an abusive relationship – believe me when I say, “THERE IS A WAY OUT!”

There are resources, there are phone numbers to call, there are programmes you can take advantage of to help you get back on your feet. And there is an organisation that will give you your happiness back – it’s called Break the Silence Against Domestic Violence.