Tim Matsui is an Emmy-nominated visual journalist and filmmaker focusing on human trafficking, alternative energy, and the environment. Tim’s clients have included Newsweek, Stern, Der Spiegel, GEO, Wired and many other domestic and international publications. Today, Tim partners with editorial outlets, non profit organisations, corporations, and self publishes to tell meaningful stories built upon the tenets of journalism. A non profit founder and recipient of grants from the Alexia Foundation, Open Society Foundation, Fledgling Fund, and Fund for Investigative Journalism, Tim seeks to inform and engage viewers through his projects, using media for social change. His most recent project is the feature documentary film “The Long Night” and the accompanying audience engagement project “Leaving the Life“. “The Long Night” has recently won First Prize for Long Feature from World Press Photo.

In Part 1 of his interview with The Pixel Project below, Tim describes his introduction to the cause to end violence and his dedication to storytelling through documentary film.

The second part of his interview will be published on March 30, 2015. 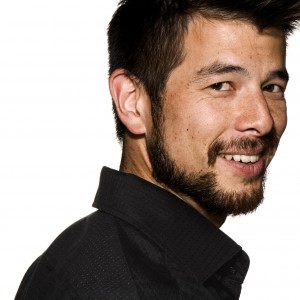 1. How did you first decide that photography and film-making was the right path for you?

The film-making was pretty recent. I have been doing ‘multimedia’ which I define as a mix of stills and video in short-form web productions, but having a feature film is something quite different. Photojournalism comes from wanting to tell stories and enjoying the visual medium.

During university, I did a story on organ donation. The writer and I worked on three chapters, donor family, surgeon, and recipient. The access this provided, the intimacy, and the responsibility I felt to tell their stories is what really started this. I still remember when the mother started to cry over the loss of teen her daughter (who became an organ donor); I raised my camera and she called me out, that I wanted to get the tearful photograph. She was right. And yet in her vulnerability, she let me make the image. I was helping tell her story.

For me, that was powerful. That story, which became an eight-page, ad-free special section, is what convinced me to pursue this career.

2. When did you decide to use your photography skills as a tool to bring social justice issues (including violence against women) to the fore?

This is an evolution over time. In the years after university, while helping with an outdoor programme, I was thrust into the lives of teens whose teacher committed suicide during an investigation into inappropriate conduct with students. In talking about this situation with my friends, I learned just how many experienced rape or abuse. They lived in silence, mostly because society does not know how to receive survivors.

There’s a lot of ignorance and victim blaming. I set out to help some of these people tell their stories, as a means of creating dialog and educating communities on the issue. It really does matter, in so many ways, for us to know how to listen to and receive survivors. I also believe that a willingness to talk about exploitation and abuse will decrease the prevalence.

This led to creating a non profit to support this work, which taught me a lot about engaging audiences in a way they will take ownership and create change of their own volition.

3. Your photo collection Human Trafficking in Cambodia and also the story of Strey Neth communicates not only the inherent suffering victims of trafficking face, but also systemic problems in tackling trafficking including poverty. Please tell us more about these projects and what you learnt about trafficking in countries like Cambodia.

I remember news reports about how NATO peacekeepers in Kosovo created a demand for sex workers, leading to traffickers moving eastern European women and exploitation ensuing. I read stories about exploitation in the Thai sex industry, so I indulged my curiosity about human trafficking. I quickly learned that research from afar is good, but being there in person is much more effective. I also saw how the sex industry is intertwined with certain cultural aspects, was introduced to sex worker unions, learned more about migration, marginalisation of transgender individuals, and men who have sex with men.

Then I went to Cambodia for a week, doing touristy stuff in Phnom Penh. The city was undergoing a huge transition; it was only ten years since the last coup, and this was on the heels of a genocide and decades of war and occupation. Like the Balkans, where peacekeepers and peripheral organisations created demand, when the UN arrived in Cambodia to run democratic elections it too created demand.

Cambodia felt way more raw, and I saw more story there. My eyes were opened to more of the root causes creating vulnerability; I learned a lot, and quickly. I wanted to tell a victim-to-survivor story within the context of an entire country moving through a similar transition. It was way larger than was realistic given my funding, experience, or time I could invest in Cambodia, but I plugged away at it, following leads. Each small story built the larger story in some way, even if it was a narrative dead end. It’s kind of like science: even if the answer to your hypothesis is “no”, at least you’ve researched that path.

There are so many stories; there are so many root causes and ways to make a difference. This was my biggest takeaway, and I realised human trafficking is merely a symptom.

4. On your website it states that your specialty is “authentic, character driven narratives”. We can see this motivation clearly in your film “The Long Night” which tells the story about Natalie and Lisa – minors who are sold for sex at the age of 15 years old in the US. It is a powerful documentary produced for the Alexia Foundation. Please tell us more about it.

“The Long Night” as a feature film is a happy accident. In 2012 I won a photography grant from the Alexia Foundation for “Leaving the Life“, my project on grassroots efforts to address domestic minor sex trafficking. The grant was a result of four years of research, grant writing, and relationship building. It was a photography grant, but I felt video was necessary. It soon became the priority. The Alexia Foundation hired Mediastorm to do a multimedia short, but as my access deepened and the stories unfolded, we found ourselves with a feature length documentary. That film is now the “broad audience outreach” component of the greater project that is Leaving the Life.

You asked about “authentic, character driven narratives.” I guess this is what really connects me to this work – people’s stories. I think back to that organ donation story I did in university. Those people let us into their lives, hoping to share with the world their experience. We all share in universal themes like love, family, overcoming adversity, etc. That connects us. Having a character with a beautiful story to help us understand these universal themes can enrich our lives, create empathy, and help us be better people. Story helps us relate and connect. It’s what makes “Leaving the Life” so powerful as an engagement programme. We’re using story to create change around the issue of domestic minor sex trafficking. 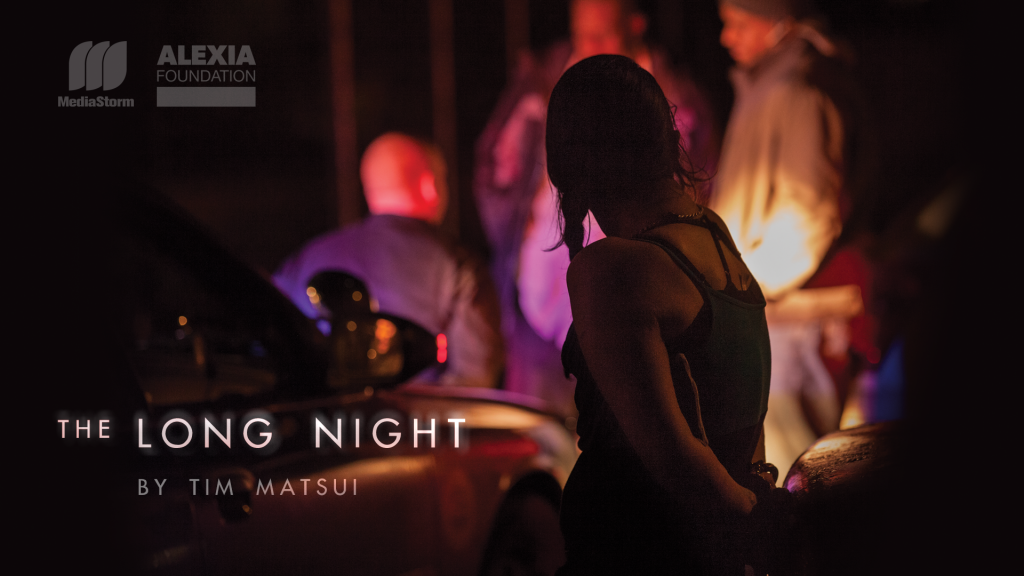 One thought on “Inspirational Interview: Tim Matsui – Part I”