In this part of the interview, award-winning photographer and filmmaker Tim Matsui continues his discussion of his film “The Long Night” and the stories of Natalie, Lisa and Strey Neth. He also shares advice on becoming a photojournalist and telling stories to create social change.

You can read the first part of our interview with Tim here and you can find out more about Tim’s work at the following sites: Youtube trailer, Vimeo trailer, Facebook

5. “The human condition can be difficult to witness.” Natalie, Lisa and Strey Neth’s stories are difficult to watch, however you are able to convey hope. How do you balance stories so that the viewer is still engaged despite containing painful details?

I am not sure I really find that balance. When I started with the sexual violence work, I ended up shocking a lot of people who turned off; it was too difficult. There are a lot of people who have told me “The Long Night” is heavy and hard to watch. Which is true. It is shocking. It is real life and nearly every character in the film said, either on camera or off, “don’t think this can’t happen to you.” I almost think this film needs to come with a trigger warning. I was told one audience member stepped out and was sick; it brought up bad memories. Even hard-boiled detectives said they got weepy.

Yet I have also heard men ask, how do I help other men understand? This is encouraging; a man who wants to make this a societal issue, not just a “women’s” issue. That’s huge. And look at Natalie in the film, how she’s moved through the trauma to the point that she owns her story. Or Lisa, who’s self aware enough to identify her struggle and know she wants out. Unfortunately, we were not able to include more of Lisa’s struggle.

You ask about hope. It is in the people in the film. All I try to do is surface this hope, their resilience and perseverance. It is in Srey Neth and her strength to even share her story. I feel I am just the conduit, the one who helps them share their stories. 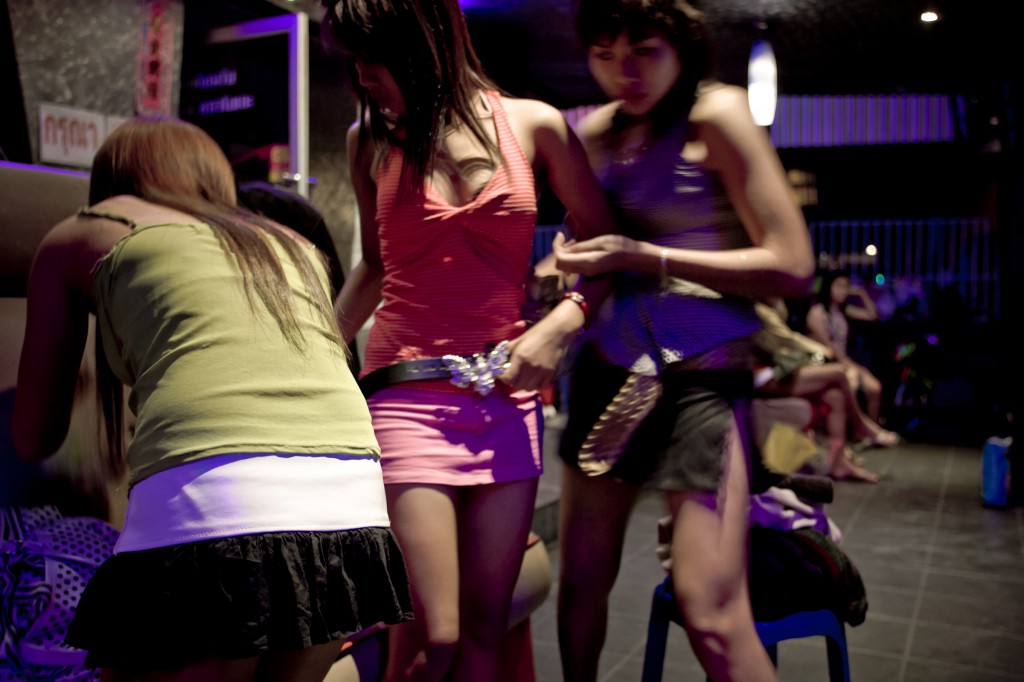 6. In one part of Natalie’s story, we learn that she is beaten up by her pimp in a car in public. Many people walk by and witness the attack but nobody stops to help Natalie. On your website, you comment that it is too easy to be a bystander. How can we challenge people to take action and end violence against women and girls?

You know, let us not challenge people, let us not shame and blame. Rather let us find a reason for them to care. People generally want to be good. I like to think that empathy can have an impact through a story they can related to. In the film, Tom’s love for his daughter transcends rational thinking; he will kill for her. For many parents, that feeling is universal. My goal in finding stories is to look for those universal themes, those connections allowing a viewer to empathize and connect with the subjects. Natalie’s pimp sent her to do a lot of work in the University of Washington Greek system. Imagine if one of those teenage students had stood up to his peers and said, “Hey man, I do not think this is cool, she looks so young.” My goal with the engagement project, which is to change cultural and institutional norms, is to show people they can act before they have become a bystander.

7. How are Natalie, Lisa and Strey Neth doing now?

Natalie is doing well. She is in a stable relationship with an employed partner, she has a young daughter, and she is a manager at a retail store. Lisa is still struggling to leave the life; addiction is huge, but so is her social sphere and the fact that she knows only sex work. She is trying, but I think we need to recognize how hard it is; she started at 13 when she was turned out by a pimp. Now, it is a way of life. Srey Neth continued with her education and has moved on from the story of being a survivor of trafficking. I do not know the specifics, but the NGO who was integral in her rehabilitation told me she’s focusing on her future.

8. What are the biggest obstacles in overcoming trafficking of women and children? What can our readers do to help end trafficking?

Trafficking for sex is about demand. Be it for exploited women, girls, or boys, it is a devaluing of life to satisfy desire. I am not saying all sex work is exploitation, but I believe children are off limits and willful ignorance of exploitation is part of the problem. Just like those fraternity brothers paying for sex with a 15 year old Natalie. To tackle domestic minor sex trafficking, host a screening of “The Long Night”. Stream it on your living room TV for a bunch of friends and have a discussion afterwards. Follow on our social networks, be a part of the conversation, share it with your community. Find out what organisations are addressing root causes, like homelessness, education, healthcare, etc. and see what kinds of things your personal skill set can provide. If your income allows, can you donate to support the cause? If nothing else, ask if the youth homeless shelter needs socks, bedding, or a meal.

9. What advice would you give to a photographer or film-maker who is just starting out, and want to use their skills to help create social change?

Not to be too discouraging, but you have really got to want this. It is not easy. It is hard on relationships and finances. It is a lifestyle choice and you have to be willing to suffer for it. But, with the industry is still in flux, a lot of opportunity exists for the creative and committed. For those just starting out, or still in school, I really recommend pursuing another degree to learn some fundamentals. I recommend a degree in business, public health, or public administration; additionally international relations or development might not be bad either.

Of course, to be a photojournalist, there are some mandatory basics. There’s the rules and ethics of journalism (first), the craft of storytelling (second), and the tools of the trade (third). Those take time to learn too. However, journalism has allowed me to experience things I never would have. Combine that with the chance to make a difference, and I am hooked.

10. In your considered opinion, how can we end violence against women and girls?

By respecting women and girls. It’s as simple as that. Men and women need to create an environment where girls and women are empowered and valued. We must be a compassionate society. And a line I use from a spoken word poet is this: It’s not what we tell our daughters, it’s what are we going to teach our sons.