Ben Atherton-Zeman is a spokesperson for the National Organization for Men Against Sexism, a public speaker on issues of violence prevention, and playwright, Voices of Men. Ben identifies as a “recovering sexist” and believes every man must challenge violence and sexism in the world and in themselves. He met and fell in love with his incredible wife, Lucinda, twelve years ago while they were both doing improvisational comedy in Maine. They live in Maynard, MA and have no children except themselves. He has given performances and presentations around the world. For the past seventeen years, Ben has worked as a prevention educator for rape crisis centers, domestic violence programs, and state coalitions. He is an advisory board member for the White Ribbon Campaign in the United Kingdom.

In Part 1 of his interview with The Pixel Project below, Ben talks about how he became a male ally for the cause to end violence against women, what he learned when he went on an exchange programme in India, and how we can keep men and boys engaged with ending violence against women and gender inequality.

The second part of his interview will be published December 29, 2014. 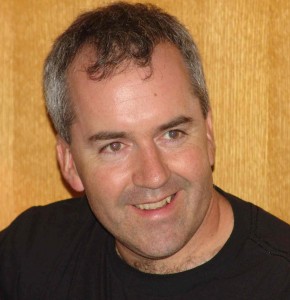 In college my girlfriend told me she had been abused by a previous partner. Other woman friends told me about being victimised – not just by violence, but by the daily indignities of sexism such as being flirted with when such flirtation was unwanted, being harassed on campus and at work, being paid less than men, etc. It made me mad. My female friends said, “Don’t tell us you’re mad – do something about it.”

For a couple of years, I did nothing except continue to listen to women. Then I volunteered at my college’s Women’s Centre. After graduation, I worked at the wonderful agencies you mentioned previously – mostly as a community educator. But I got involved, and I stay involved, because of listening to how sexism (racism, homophobia etc.) and gender-based violence affects victims of that violence.

2. In your bio, you call yourself a “recovering sexist”. Tell us about why you call yourself that and what lessons other men and boys can take from your experience to inform their personal journey towards educating themselves about gender equality and healthy masculinity.

I believe that we men doing this work have a responsibility not only to challenge violence against women in the world, but in ourselves. I was raised in a culture that gives me messages, subtle and blatant, that my gender and race is superior. Even though I have commited to undoing those lessons, I find it requires almost constant work to “walk the talk.”

My mentors in this movement have included incredible women like Phyllis Frank. As a younger man, Phyllis challenged me on my own sexism and male privilege. I got very defensive and angry with her. Despite this, she continued to mentor me until I chose to listen to her rather than be defensive.

3. You visited India and Nepal in summer 2014 to share your expertise and experience in educating men and boys about violence against women with a few the anti-VAW NGOs and charities there. While they were learning from you, what did you learn from them?

Such a fantastic question! I was there as part of the US State Department’s Speakers’ Exchange. I had the honour to meet survivors of violence, feminists and activists in both countries. They taught me about the level of street harassment in buses and other public spaces. They taught me about the sexism that begins at birth by favouring boys with the best food and education. Survivors of “acid attacks” taught me that the slighted perceived insult (not returning a text message) can be met with an attack that burns away someone’s face. But they also taught me about the movements to end such violence. These movements are strong and so are their leaders, many of these leaders are survivors themselves. 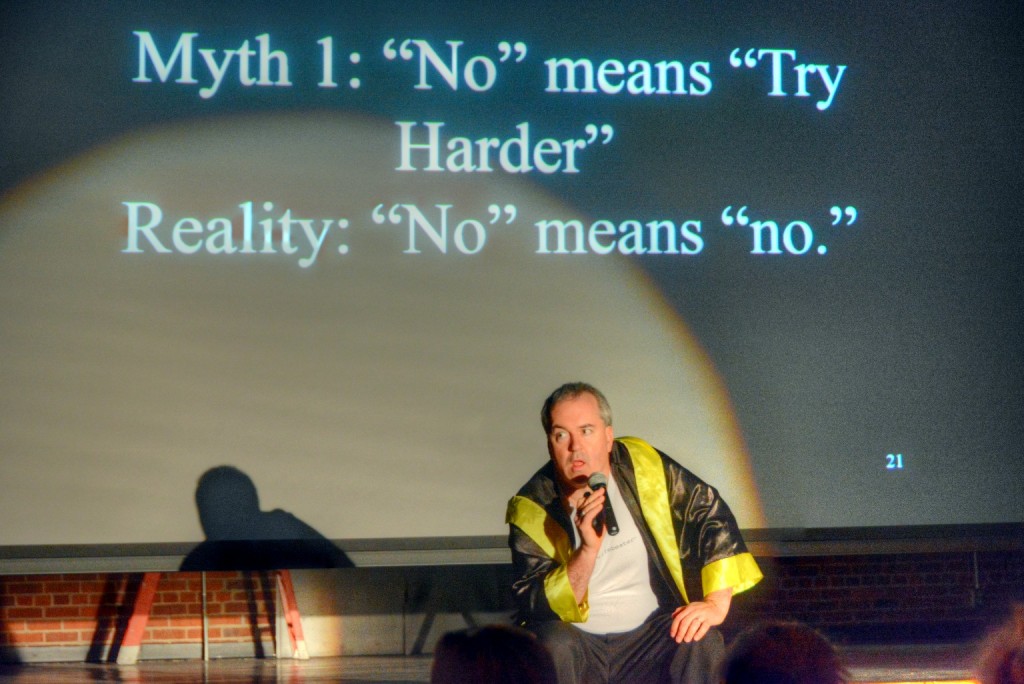 4. Please tell us about Voices of Men which you created and have performed around the world.

When I was a community educator, I found that some audiences did not want to hear even basic information about sexual and domestic violence. They would become defensive, “tune out” or derail the conversation. Especially audiences that did not choose to be there – college orientation, high school assemblies, mandatory briefings for the military.

I began going to conferences and observing the presentation styles of feminist leaders I admired. Anne O’Dell, Suzanne Pharr, the late Ellen Pence – they all used humour! Casey Gwinn, Tony Porter, Byron Hurt – they all talked about mistakes they had made, and how they learned from women. Katie Koestner, Marinha Sanchez, Casey Keene – they all talked about their own experiences surviving violence. Men Can Stop Rape, Breakthrough, PCAR – all made impactful video public service announcements (PSAs).

I decided to write a play that incorporated all of the above. So I wrote “Voices of Men” with characters that had distinctive voices and silly costumes. Each of the male characters has an “a-ha” moment and pledges to work to end gender violence. While I’m changing costumes, some of the best PSAs I have found play for the audience – these groups have been kind enough to allow me to use them.

5. In your opinion and based on your experience, what do you think are some of the common tools and touchstones that anti-VAW activists and advocates anywhere in the world can use to engage men and boys with the cause regardless of their culture?

The same tools that drew me to write “Voices of Men” – using humour, survivor stories (where appropriate) and men being self-reflective about our own male privilege, use of violence and sexism. Certainly, to build relationships with men and boys, and ask them as a personal favour to become active.

As far as keeping men engaged, we should keep “feeding” men things to do so that men feel useful (and ideally, ARE useful). We should nurture our relationships with these men and boys: Bring them to conferences when possible; Introduce them to the women and men who inspired us to do this work; And make sure these men and boys are from different races, ages, sexual orientations, religions, gender identities, professions, social classes, physical and mental abilities.

As far as keeping men accountable, we should emphasise self-examination and a willingness to be confronted on our own sexism. I was happy to see Kris Macomber’s article which gave five ways to build male accountability. Hopefully our movement will use these five ways – I know I will.