Margeaux Gray is a survivor of child sex trafficking who has transcended her horror and today she uses her voice and art to educate, inspire, and empower others. She is an anti-human trafficking advocate, public speaker, and artist. Margeaux’s focus as a survivor-leader is to address the aftercare and healthcare needs of victims, as well as to work with healthcare professionals, educators, and students so that they can recognise and aid trafficking victims. Her mission as an advocate is to create a widespread awareness of the scope of trafficking and that it is a human rights issue.

Trigger warning: This interview has content that may be distressing for survivors of human/sex trafficking. 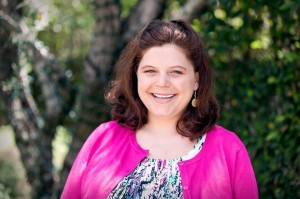 1. You were sold into sexual slavery by a man who had your – and your family’s – trust at age 5. Tell us how that happened under the noses of your family and community.

What made me most vulnerable to being sexually exploited and trafficked was ignorance. Human trafficking or trafficking in persons is a business for traffickers and it thrives on the ignorance of family and the community. I was sexually exploited and sold into sexual slavery by a man who had my trust and the trust of my family. This trust coupled with ignorance made it easy for the man to gain access to me. I was not kidnapped or locked away in a basement. My mom, sister, and aunt did not think twice about the two of us going out and doing things together.

However, at some point in my early teens, a concerned individual reported to Child Protective Services (CPS) their suspicion that I was being abused. Prior to going to CPS I was coached by the man who trafficked me on what to say and how to deny any abuse. He threatened me of what would happen if I didn’t follow through. At CPS I was called to an office, interviewed by a caseworker, denied being abused, and that was it. There were red flags throughout my trafficking experience. Ignorance and inadequate training resulted in many missed opportunities.

It did not happen overnight, it was a process.

At around fourteen years old, I disclosed to a healthcare worker that I was being sexually abused. This was before human trafficking was a definition. It was reported to police. After that the trafficking lessened, but continued. I had an emotional attachment to the man who trafficked me. This is not an uncommon occurrence in the cycle of violence. It is referred to as traumatic bonding. It can occur as an adaptive function in a relationship with a power imbalance and coercive control. It took four years for me to gain a greater understanding of the what had been and was continuing to be done to me. Seeing the truth allowed me to muster up the strength and courage to completely sever the bond between myself and the man who trafficked me.

3. You contracted a sexually transmitted disease as a child sex slave, had an eating disorder and tried to commit suicide at least twice. Are these typical of the health issues faced by victims of sex trafficking and what specific sort of healthcare and aftercare do survivors of sex trafficking require?

A victim of slavery is a trauma victim and every survivor deals with trauma in different ways. What I went through as a direct result of the trauma I experienced is not uncommon. Many victims of slavery, though not all, suffer with alcohol and drug addiction, Post Traumatic Stress Disorder (PTSD), depression, and sexually transmitted diseases to name a few.

Holistic trauma-informed aftercare is crucial to the well-being of victims. It is especially vital that those in the healthcare field (doctors, nurses, social workers psychotherapists etc) be educated and trained in trauma-informed care for treating victims of slavery.

I am very lucky. Some of my own family members to which I am the closest and friends have been extremely supportive of me. It is unfortunate, but not all survivors have this type of support and love. Do not be afraid to reach out for help if you are a family member or friend of somebody you suspect might have been trafficked. Many countries now have a trafficking hotline you can call if you are a victim or suspect somebody has been trafficked. If you are in contact with the police, let them be aware of your suspicion and why. More and more law enforcement are being trained on what human trafficking is and how to properly deal with victims. Remember, if your loved one or friend has been trafficked, they may or may not want help. It is important, however, that they know they are loved and that services are there waiting for them when they are ready.

The United States enacted the Trafficking Victims Protection Act (TVPA) in 2000. It’s purpose is to “ensure just and effective punishment of traffickers, and to protect their victims.” It defines a severe form of trafficking as follows:

As of March 2014 The Kentucky Rescue and Restore Coalition reports that “160 victims of human trafficking have been identified in Kentucky. Of those 160 victims, 94 were trafficked as children. The youngest victim was two months old. They also report that 200+ victims (some from other states or trafficked in other countries) have received services (housing, advocacy, medical care, interpretation services, food, therapy services, etc.) through Kentucky Rescue and Restore agency partners.