Trace G. Fleming is an activist and advocate working to end violence against women. She is the creator of both the Advocate News and Self-Care for Advocates, platforms on Facebook to serve advocates.

Since 2005, Trace G. Fleming, (formerly, Trace Fleming-Smith) has been actively involved as an advocate against sexual violence. Trace has served as President of the Board of Directors for the Alabama Coalition Against Rape (ACAR) and served again on the executive committee in 2014. She is a founding member of the Jacksonville State University Feminist organization, WISE, and helped create the WISE Legacy Scholarship. Alabama. In 2014, Trace was interviewed on National Public Radio speaking about her work and workplace stress and became a member of the National Take Back The Night Foundation Advisory Board. Trace is the new Sexual Violence Program Director and Coordinator of the Abuse in Later Life Project at 2nd Chance, Inc. and while also working on her master’s degree in social work to continue in her work and to be able to provide therapeutic care for advocates suffering from vicarious trauma and burnout.

The second part of her interview will be published on September 29th. 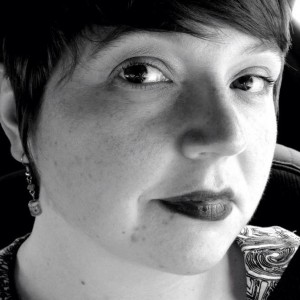 1. Please tell us about 2nd Chance – the Domestic Violence nonprofit where you are currently working as the Director of the Sexual Violence programme.

2nd Chance was traditionally a domestic violence programme located in Northeast Alabama until 2012 when they asked me to join them. The sexual violence crisis center I was working for had closed, but luckily, the Executive Director of 2nd Chance absolutely understood how critical these services are and we were able to work together to make sure they continued.

It has been a really positive experience. We cover four counties for domestic violence, and six for sexual assault. We offer shelter, 24-hour crisis response on our hotline, case management, court advocacy, counselling, forensic exam advocacy, and community awareness and education. We also have full membership in the Alabama Coalition Against Rape and the Alabama Coalition Against Domestic Violence.

2. What is the Abuse in Later Life Project about? What are its aims and who does it serve?

The ALL Project is very exciting. We were one of the nine programs across the United States to be awarded this grant from the Department of Justice, Office of Violence Against Women. The purpose of the grant to help educate law enforcement, social services, and the general public on elder abuse issues, how to recognise it and how to respond. There is also funding with the grant to provide some victim services. Elder abuse is an important issue. It is certainly it is a part of Violence Against Women spectrum. I urge all advocates to really look at their practice and organisations to see if they are address the needs of older survivors. 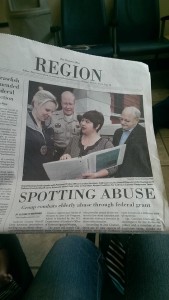 3. You have worked in one area or another of violence against women for almost a decade now. What would you say are some of the most important changes and improvements that have happened in the last decade in both Alabama and across the U.S.?

The biggest change for me is that awareness of violence against women is now part of the national conversation. I remembering going places to present on sexual violence and being told, “that does not happen here” and feeling so discouraged because I knew that it did. I think the activism for sexual violence policy changes on college campuses is absolutely wonderful. What brave women leading the way! What change we’re seeing all ready due to their actions. I loved seeing advocates come together to fight for the reauthorisation of the Violence Against Women Act and The White House’s response of creating taskforces and the “It’s On Us” Campaign. I love all of these new campaigns and global actions that we’re seeing now too. I was really proud to participate in One Billion Rising and to have had the opportunity to work with The Pixel Project.

4. Apart from your work at 2nd Chance, you are also a founding member of the Jacksonville State University feminist organisation WISE. What does WISE stand for and what kind of programmes and campaigns has WISE held or run and what kind of impact has it had on campus?

WISE, or Women’s Issues, Support and Empowerment, is a programme I am very proud to be a part of. WISE will celebrate its tenth anniversary in 2015. We have done so many things since we first started:

We have marched across the campus in silent protests. We brought The Vagina Monologues to the campus, and marched in the 9th Ward of New Orleans with thousands of others during the celebration of the 10th anniversary of V-Day. We held One Billion Rising, had Lilly Ledbetter come and speak on gender equality, conducted research on gender violence, and worked to really help our community understand the need for feminism. Most recently, we’ hosted a webinar with international trainer, Ben Atherton-Zeman on engaging men in the commitment to end gender violence and have begun programmes that spotlight the research being done by our female faculty.

5. Feminists and feminism have been under heavy attack over recent years, with even young women rejecting feminism even though feminists fought hard for the rights they currently enjoy. Why do you think that is and how do you think most young people can be inspired to support feminism?

Since it’s inception, there has been backlash to feminism. There is a backlash whenever those who are oppressed speak out against their oppressors and demand better treatment, so what we are seeing is nothing new. I expect there will always be some form of opposition against it as long as those currently in power feel threatened by women. It is their fear that pushes the continued negative stereotypes on feminism and of women in general. We have incredible feminists all over the world working hard to continue and expand the rights for women and of anyone else who faces oppression. I would encourage anyone, young or older to recognise that gender equality IS their issue too.

To me, education is the first step. Understand that if you think that women are equal and deserve equal treatment- then you are a feminist. I would also say that feminism is a broad term- but it’s a big enough concept that all can find a space there, and that all should have a voice at the table. Because of our unique life experiences, we will not all agree on everything, or even begin to understand everyone’s experiences- but we can learn from each other and grow together. We can find commonality because, at the core, I think that we can all agree that the lives of all women matter and that it is our right to have equality and equity. There will always be a need for feminism.