Alex is the proud father of a 16 year old daughter, Christel, and proud husband to his wife of 12 years. He believes the success to their marriage is due to the fact that Jesus Christ is the sovereign in their relationship, that He constructed it and sustains it. He believes that following Christ’s example of treating women without judgment (John 8:11), with love (Ephesians 5:25), and with gentleness is the best way to impact his daughter’s life. 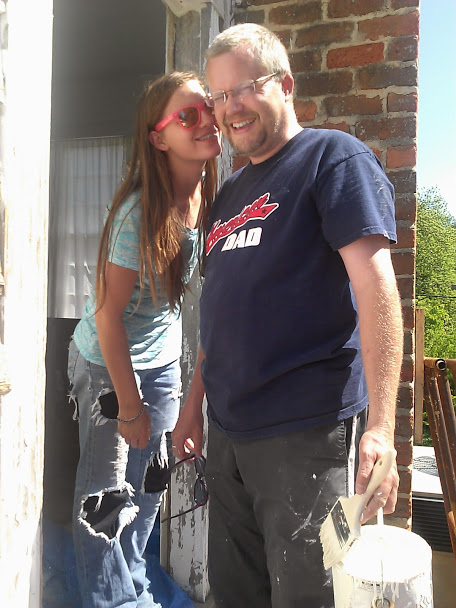 The best thing about being a dad is being able to teach my daughter the knowledge that I have learned, and knowing that I had a role in showing her how to expect to be treated by a man. My daughter will know that she is to be treated with dignity and respect, as well as what is right and wrong.

My father was a college professor – introverted and shy, and a gentleman. I never heard him speak an unkind word to my mom or berate her. Instead, I saw a man who took the time to explain to her things she didn’t understand about American culture, which was important as she was a German immigrant. Though my father experienced much pain in his life, he never lashed out, put down, or threatened anyone when he was frustrated.

One of the underlying causes of violence towards women is the lack of moral male leadership in the world. Many sons do not have men in their lives that they can actively listen to about how to encourage and support the women in their lives. Positive male role models for boys make solid, moral male men in the future – men who treat women with equality, respect, and dignity.