Our fourteenth Survivor Stories interview is with Mallory Babika from the U.S.A.

My name is Mallory Babika and I am 27 year old survivor of domestic violence. I was involved in an abusive relationship from age 21 to age 24. I was born and raised in a small town in Northeast, Ohio. I currently volunteer as an awareness advocate and public speaker for local domestic violence shelters. Thanks to the Tina Project, I am able to travel to area high schools to speak about teen dating violence and healthy relationships. I truly believe in taking a negative situation and turning it into something positive to help others. I no longer see my past as a flaw, but as something that I have both learned and grown from. 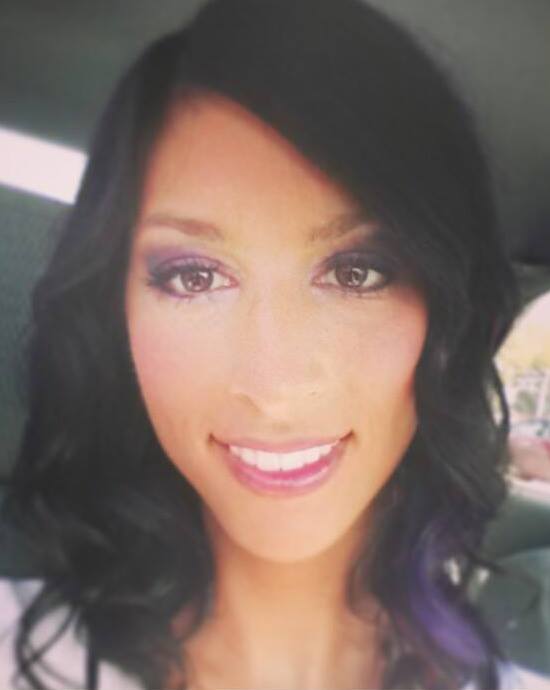 I experienced domestic violence in all of its forms: mental, physical, emotional, financial, and sexual.

It took a long time for me to realise that I deserved a lot better than what I was getting. With the help of an amazing support system consisting of friends and family, and researching the signs of an abusive relationship, I was able to gain the strength I needed to get out. I realised that I deserved someone who was nice to me all of the time, not just when they were afraid of losing me. I deserved a loving relationship like the examples set for me by my family members.

I chose to volunteer as an awareness advocate by speaking to students and communities about my experience in an abusive relationship. I show a video that I made that depicts my personal experience with an abusive relationship from the beginning; with narration taken directly from my journal. This video is intended to help open the eyes of those that have chosen to either overlook domestic violence, or have chosen to criticise victims instead of helping them. In addition, for the second year in a row, I painted my town purple with a Domestic Violence Awareness event to raise money for a local shelter. By allowing so many people to see the hardest time of my life, I can only hope that they will begin to break the silence and that other victims will find the strength to leave.

Many have asked me why I have chosen to speak out, and to go so public with my story. To put it simply: it is so that others know that they can heal. That they should not be ashamed, embarrassed or afraid to come forward. Domestic violence is an equal opportunity crime. It can happen to anyone, it does not make you weak, or damaged or broken. Whenever someone has to tear you apart to build themselves back up – that’s called ignorance and insecurity. It is a vicious cycle and only you can tell yourself when you are ready to break it. And believe me the freedom you feel after you shed that final tear is a feeling that cannot be described in words, one that only survivors can relate to. When you decide to leave you will see that you have grown, strengthened and matured with a compassion you didn’t have before. When you go through something like that you can’t help but recognise the power of words and how imperative it is to be kind yet firm with ours. It’s easier said than done but whenever you gets the urge to let his thoughts creep into your head, or if you feel “small” because you think someone’s judging … remember that you have VALUE, a PURPOSE and you are so much stronger than you probably give yourself credit for. You CAN decide who you’ll allow into your life and it’s important that we surround ourselves with good-hearted, thoughtful, strong, honest people. There is hope, he is not her world, he does not own her and life after him is better than it is with him.

We can help end violence against women by breaking the silence. By showing both victims and abusers that there is no place for violence in our communities, we are setting an example and a standard for the treatment of others. By just one survivor coming forward, we are showing other victims that they do not need to feel ashamed and that they can get help. If abusers see that witnesses, and bystanders are coming forward, and that victims are filing reports, they will be less likely to commit the crimes. Most importantly, we need to work on prevention. By being in our schools, and speaking to our future generations about respect, and healthy relationships, we are helping to create futures without violence.

I support The Pixel Project because it is a great way to spread awareness throughout the world given how dependent we are on technology today. I love that it is completely virtual and volunteer-led. This issue is an equal opportunity crime, and The Pixel Project helps prove that there are no cultural or social barriers. The campaigns are well thought out, and reach out to every demographic on such an important issue and I can’t think of a better way to spread awareness across the globe.