Our fourth Survivor Stories interview is with Endriani Siswanti from Indonesia.

I am a 35-year-old mother of two children and a survivor of 8 years of domestic violence. My recent article reflecting on my life story and work inspired by my past was published on the Jakarta Globe at April 16th, 2014 under the title ‘Lighting the Path to Safety with Pundi Perempuan’. I was an International Ford Foundation fellow from 2010-2012 who graduated from Brandeis University, USA, with MA at International Sustainable Development. Currently, I hold a position as a Coordinator Public Campaign and Resource Mobilisation at Civil Society Resource Organisation in Jakarta, Indonesia. 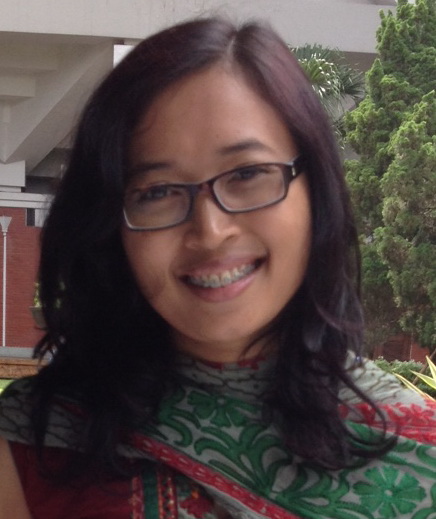 I survived eight years of being in an abusive marriage that lasted from 2001-2008. I experienced multiple layers of abuse including being hit with a helmet, strangled, beaten, punched, head slammed into the wall, and being verbally abused with unspeakable words. During the period of abuse, my ex-husband’s violent behaviour did not just leave me with a bruised body, bleeding head and lips, it also robbed me of my self-esteem and self-worth. I was constantly crying and lost my zest for life. My memory became impaired and it became normal for me to “forget” his recent abuses as my main priority was to keep him from blowing up. My life vacillated between being the sweetest person in his presence and otherwise being a frozen soulless body with eyes open. I never revealed the hell that I lived in to anyone. I even stopped writing in my diary even though it had helped me to keep track what I may have forgotten.

Worst of all, both my children witnessed this violence in their childhood and I barely had access to them since I left the marriage 2006.

One night in mid-June 2006, my ex-husband hit my head severely but I managed to escape with only the clothes on my body. I hid at my friend’s sister’s house which was located out of town and went to a Women Crisis Centre (WCC) before reaching out to my family. Tirelessly and thoroughly, WCC assisted me through the whole process, provided me guidance for understanding my situation and rights, offered me a safe house for shelter if needed, and helped me make the best decisions for myself. From psychological counselling to the legal matters, a counsellor helped me throughout the entire confusing and painful process of leaving my abuser.

Successfully fleeing an abusive partner is just a beginning of the survivor’s ultimate journey to freedom. The healing process requires tremendous courage, self-belief, and resilience. Putting physical distance between myself and my abuser did not completely free me from the mental torture he could inflict such as threats and separating me from my children. So I kept myself busy and growing in positive ways by getting involved in social activities, having job and studying – all of which helped me gain my confidence back bit by bit. Things got better for me as I was awarded scholarship to pursue my master degree overseas.

4 years later, in 2010, I was diagnosed for Post Traumatic Stress Disorder (PTSD) as I started experiencing hyperventilation, fainting and panic attacks. It seemed that my body healed faster than my psyche and I underwent treatment to “revisit” my past sorrow in order to let it completely go. I have not entirely forgotten the past but I get stronger every day and the past does not define my present and future.

To my fellow domestic violence survivors: we have gone through the worst situation in our lives. After that, our lives can only get better. The terrifying prospect of starting afresh is a price worth paying because for our freedom. We need to bravely make up our mind to walk away from bad relationships and not letting another person take control of the only life that we have. To all my sisters who are still experiencing abuser: Be brave, take action and take back your life. It is not easy but there is always a way out. I believe that wherever and whoever you are, you deserve a better place as the abusive relationship is not where you or anyone is supposed to be.

We need to understand that violence against women is not merely a women’s issue. It is everybody’s problem. Everyone needs to be involved to create and maintain a just and peaceful society for all. The first step is to empower women to actively speak up and take action to free their selves from any discrimination and inequality. Each woman has to realise that she is never too small to make different in both her life and others. Involving men in stopping violence against women is also a must if we are to end it once and for all as their involvement is one of the keys to sustaining and boosting efforts to do so.