Welcome to Part 2 of our April 2013 Inspirational Interview with social justice filmmaker, Evan Grae Davis. In this part of the interview, Evan talks about what it would take to change ingrained gender preferences, what men can do to stop violence against women and his upcoming projects. You can read Part 1 of his interview here.

1. The preference for males is still very strongly entrenched in Indian and Chinese cultures despite the current rapid modernisation of both India and China. In your opinion, what would it take to change this culturally ingrained gender preference that has propagated female gendercide?

Any family, society or nation looks to those in authority to establish and enforce standards of justice. In both India and China, governmental leaders have failed to protect girls and, worse, have been complicit in policies and traditions that encourage gendercide.

Historically, human rights violations that are allowed to continue by the nations in which they occur are only ended through outside intervention. It is world leaders, like the UN, and members of the world community, like you and I, that must speak out on behalf of the millions of women suffering subjugation and violence in India and China.

With enough pressure, laws protecting women are established and enforced, and, as can be seen throughout history, even deeply engrained cultural practices like foot-binding in China can end within a generation or two if justice is demanded and consequences are stringent enough.

2. What advice would you give to aspiring filmmakers who may be in interested in using film as a medium of advocacy for ending violence against women?

Most documentary filmmaker set out with the desire to tell a story that will inspire– whether to inspire change of just to inspire. Film is simply the medium through which the story is told; it is the story that is most important. I tell aspiring filmmakers to immerse themselves in the story that they want to tell. Live it, breathe it and make it so personal that, in some way, you are telling your own story in the end.

Much of what has driven me to tell the story of gendercide is a strong sense of anger and injustice that comes from how I feel imagining my own wife and daughter suffering the kind of violence and devaluation I saw while filming It’s a Girl. If my wife and daughter were the women and daughters in the stories we captured, what would I want other men to do to defend them if I was unable to do so? In a sense, the women whose stories we tell have become my own wife, daughter, mother and sister.

I believe it is this kind of personal immersion in the story that makes a good documentary filmmaker.

3. Tell us about the projects that you are currently working on or will be working on in the near future.

The action and screening campaign for It’s a Girl has been so successful that I feel like I have been hanging on to a rocket by my fingernails. We have barely been keeping up, so have not had much time to think about the next film.

But if I had to present a concept to our board of directors tomorrow, I would want to do a film that continues the story we have been telling about the plight of women suffering violence throughout the world– a film about femicide: the worldwide domestic violence epidemic, marital rape, rape in times of conflict or war, child brides, genital mutilation– why is violence against women escalating all over the world when one would expect it to be improving in the face of modernisation 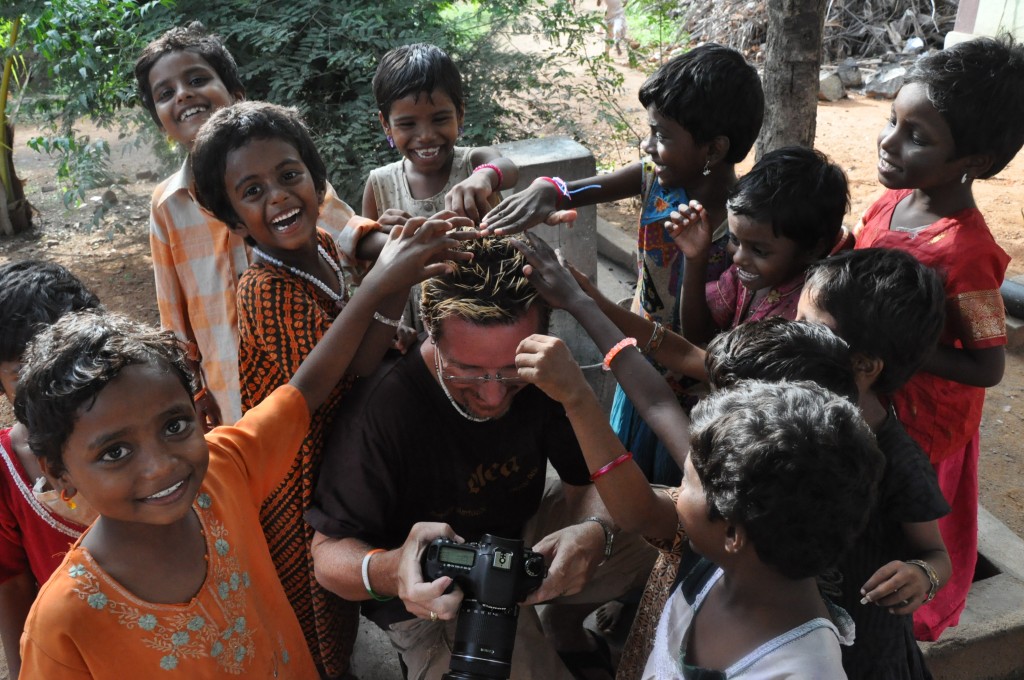 4. The movement to end violence against women has begun recognising that men play a pivotal role in stopping the violence. Indeed, there is currently a shift happening as communities worldwide are very slowly beginning to recognise that violence against women is not a “women’s issue” but a human rights issue. As a man, how do you think men and boys can help with the cause?

The first and most important thing men can do is to honour and respect the women in our lives and to model that for our sons. The second would be for men who find themselves struggling with anger and who are not able to control their rage, and hurt the women in their lives as a result, to get help.

Many men are, unfortunately, a product of the patriarchal culture in which they live. They are brought up from the time they are born to have certain views and beliefs about the value and roles of women in their families and societies. These men are simply propagating the behaviour they observed in their grandfathers, fathers, brothers and uncles.

But I have met many men in these cultures who rise above the cultural norms and break free to value and respect their wives and daughters. With each new generation there is the possibility that young men will recognise these social evils and will create a new paradigm in their own families and communities. These culture-changers need the support and encouragement of other men to be strong and resist cultural pressures.

5. Finally: What do you think people can do to hasten the end to violence against women in their communities wherever they are?

It starts in each of our own homes and spreads out from there. We may not have the ability to intervene on behalf of those who choose to abuse others or those who choose to stay in an abusive situation. But that doesn’t mean we shouldn’t do everything within our power to help those we can and to provide a voice for those who can’t speak out for themselves.