As part of our efforts to raise awareness about the realities of violence against women, we feature guest blog posts from survivors of violence. In this post, Tauheedah C. Jabaar from the United States shares her story of domestic violence.

[TRIGGER WARNING: This survivor story and the accompanying video dramatisation may be triggering for survivors of domestic violence] 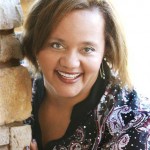 As I sat on the backseat of that rambling Greyhound bus in 1993 with 8 of my 9 children all around me, I felt nothing but pain. I knew I would not begin to heal until I arrived in Phoenix, Arizona, where my family eagerly awaited us. I was leaving behind all the abuse, rape, sickness, hunger and tears along with my abuser and ex-husband, Willie Lewis a.k.a. Mujahid Salahud-Din. With the stress of the 7-year marriage and 1 year of hiding out underground after reporting him to authorities, I dry heaved in every corner I could hide in. That day my future loomed uncertain as I looked over at my beautiful kids all sprawled out over the last two rows of seats in the back of the bus, feeling so ashamed for putting them through this. I was down to 53 cents in my pocket now and we were all getting pretty hungry. They had been assaulted. We had his gun held to our heads with the imminent threat of death if we ever crossed him. My daughter had been repeatedly raped, my sons beaten down. How was I going to make it with 8 children to care for? My oldest son had been sent to Illinois to live with his father a few years earlier to keep him safe from this monster of a man. I felt I had gotten myself into this mess, so I, alone, had to get us out of this.

Times did not get any easier for us. We were evicted, lived under the poverty level, were homeless twice and hungry for many years to come. I called upon many agencies and resources, even the Mayor of Peoria, Arizona for help, to no avail. I was on my own. I made sure to reside in the same neighborhood all those years so that my children could maintain their same friends and all go to Peoria High School. That was one thing I put my foot down about. They HAD to graduate from high school. I worked 2 to 3 jobs for years to come until I was forced to retire due to health related issues in 2005.

One day I took out my journals and poems and began writing a song called Don’t Hurt My Children, which I sing around the valley today as I speak out about the abuses of my past life. I have successfully written my story, Dancing By Myself, and am in the final process of editing it. To date I have not secured a publisher. Today I am a public speaker with AZCADV (Arizona Coalition Against Domestic Violence) and I direct/produce PSA videos on domestic violence and child abuse with my children. These clips can be viewed on YouTube under Lavendre9Productions.

The video below was made by Tauheedah to outline her experience: