Welcome to part two of our Inspirational Interview with Claire Smith, Head teacher of St Werburghs Primary School in Bristol (UK), who has had the courage to take a stand against Female Genital Mutilation (FGM) in her community. In this part, Claire talks about how we can move beyond cultural sensitivities when tackling FGM, how we can intervene when we come across a child at risk of FGM and how we can stop violence against women in our communities. 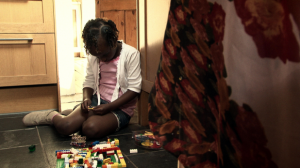 1. You have said “This isn’t a race or a cultural issue. This is about safe guarding children.” Tell us about the cultural sensitivities in the UK, and how you think we can move past them when it comes to FGM.

As a member of the teaching profession, where the perpetrator comes from is almost irrelevant. The most important thing to me is the safety of the child. From the beginning I saw past the “cultural factors” as stumbling block to do something, instead I used it as an opportunity to get us talking about FGM.

It’s important to remember that FGM needs to be dealt with sensitively and intelligently. If someone is found guilty of subjecting a child to FGM – they should be held accountable. However, as the same time it is important that Somali, Ethiopian or any parents from countries that practise FGM are not subjected to discrimination, and are accused of FGM just because they are from that country.

2. FGM has been illegal in the UK since 1986, yet there hasn’t been a single prosecution. How should FGM be tackled in the UK?

There has been a lot of awareness raising in Bristol over recent years, yet reporting of this crime still remains low. I feel we need to continue to raise awareness but also we need to hold perpetrators of FGM to account.

One of the biggest problems is that we don’t have enough research on this subject area. The government needs to invest time and resources in collecting data on FGM. It makes it difficult that in the UK, young children do not have thorough health checks. We do not know if a child has been subjected to FGM because we do not carry out full body health checks on them. This needs to change.

3. If a person knows of a child who could be at risk of FGM, what should they do?

FGM is illegal and I strongly encourage them to report it to the authorities in their country.

4. For people who have no idea about FGM, it is very difficult to understand why otherwise loving parents subject their young daughters to so much physical and mental suffering. What is the “social or cultural function” behind FGM- why do communities practise it?

First of all, FGM has no religious bearing. As FGM is practised in many muslim countries, it is often mistakenly seen as an Islamic practise. This is not true, FGM is not found in the Koran.

FGM is instead a harmful “cultural” practice.

In many African and some South East Asian communities, a woman will not be socially accepted unless she has been ‘cut’. She will not be seen as ‘marriage material’ and therefore the family will not receive dowry money, which often ensures the survival of the family. Many mother’s feel a lot or pressure to practise FGM on their daughters as it ensures the families’ livelihood. For FGM to be eradicated, we need the men of these communities to also make a stand against FGM. If men continue to insist a future wife must be “cut”, then the pressure on the parents to practise FGM will increase.

FGM is also symptomatic of an unequal society. If women were valued the same as men, FGM would not exist. Wiris Dirie, the supermodel who was subjected to FGM at the age of 5 comments,

“FGM is nothing but an especially cruel symptom of the suppression of women. It will only stop if men and societies overcome their fear of the strength and the power of women and finally give them a place in society that values them equally to men.”

Many FGM campaigners feel frustrated and angered that FGM is often swept under the carpet due to “cultural sensitivies.” The frustration is summed up well in famous novelist Alice Walker’s poignant quote:

“Culture is not torture.”

5. How do you think we can eliminate violence against women in our communities?

It begins and ends with respect. Respecting that women are equal to men in society and that is it okay to stand up and be heard on this issue. We have to talk about issues such as domestic violence, we need to empower all members of society to fight against injustice and violence.

We also need to focus on educating children and helping children to understand what makes a mutually respectful relationship. We need to help children understand how to behave towards others and that they have a responsibility to control their actions.

One good move would be to make Personal, Social and Health Education (PSHE) a statutory requirement. PSHE is a time where children learn about about relationships, their bodies and their health. Unfortuantely it is not seen as valuable as other subjects. If we want to help the next generation be confident, responsible citizens, we need to help them get there.