Claire Smith is the Head teacher of St Werburghs Primary School in Bristol (UK), who has had the courage to take a stand against Female Genital Mutilation (FGM) in her community. When Claire first became aware of the problem of FGM in her community, she immediately felt something needed to be done. With the support of her team and her school nurse, Claire introduced the first anti-FGM school policy in the UK. There were criticisms at the beginning, as FGM is often seen as a “culturally sensitive” issue. This did not stop Claire. With courage, determination and positivity, Claire’s school policy has made it very difficult for the perpetrators of this crime to carry out FGM, and therefore has protected the young girls in her care. In her interview with The Pixel Project, Claire talks about the problems with eradicating FGM in the UK, and how she is striving to prevent it in her community. 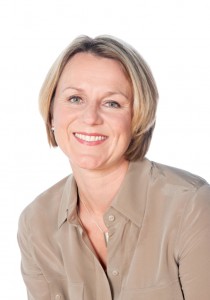 1. Can you give us an overview of the problem with FGM in the Bristol community.

In recent years the UK has seen a large increase in immigration from communities who practice FGM. This means there are young girls at risk throughout the country. ( Home office statistics estimate 24,000 girls).

In Bristol we also have a large ethnic community, with many immigrants coming from Somalia. In Somalia there is a 95% prevalence of FGM. Unfortunately this means that young girls who are part of these communities living in Britain are at risk of being subjected to FGM, often when they return to Somalia or their home country during the summer holidays.

It’s important to note that FGM is not a localised problem or a city problem. Many immigrants are leaving the cities due to housing needs. This means it is even more important that medical professionals and teachers throughout the country – city, town or countryside – need to be trained and made aware of the risks of FGM.

2. Most young girls who live in the UK who are at risk of FGM (over 24,000- Home office stats) are usually sent back to their home country for the “procedure” to be carried out in secret. If a girl has been subjected to FGM, how will you expect her behaviour to change when she returns to school?

If a child has been subjected to FGM, there are often clear signs when they return to school:

3. Many people confuse FGM as being the female equivalent of male circumcision. However this is far from reality as FGM causes serious health complications to the victim and a lot of suffering. What are the short and long term health implications of FGM?

Male circumcision and FGM are very different. FGM is a crime and causes serious long and short term complications for the sufferer

4. How and when did you decide to take a stand against FGM in your school?

In 2005 I became aware of the problem of FGM through our school nurse. She had done a course on FGM and felt that something needed to be done. I was the PSHE (Personal, Social and Health education) lead at my school and together we decided to hold a meeting on African Health issues with some of the mothers in my school. Many mothers turned up to the meeting and we had a Somali translator, before long the subject became dominated about FGM. The mums all agreed FGM was terrible and were honest about the pain and suffering it had caused them. At the same time they didn’t realise that “suna” (type 1 FGM- removal of the hood of the clitoris) was FGM at all.

After this initial workshop, we began to write the guidelines on multi-agency training. We felt it was important that professionals from across the board were aware of FGM- from children’s social services, to the medical profession and of course teachers. In 2006 we introduced a whole school policy on FGM. This policy is still in place today and it is binding for every family in my school.

Parents who are planning on subjecting their child to FGM will take their child out of school in the last few weeks of the Summer term. Now that we have a FGM policy, if a family wants to take their child out from school, they need to write a letter and have a face-to-face discussion with me before I will allow any term-time absence. If during the interview with the parent I feel that the child is at risk of FGM, then I will report it to the child protection agency.

5. What were the reactions and feedback from parents when you first introduced the FGM policy? Were there any criticisms?

Most parents were very pleased we were taking a stand, but of course there were criticisms as well. I pride myself on having great relationships with the parents of the children at my school and it is not my intention to offend anyone. However, as a teacher, it is my moral and ethical duty to care for children. Safeguarding the children in my school is at the heart of what I do and my main priority. If I take criticism for this, then so be it. It’s not offending people, or telling them how to live their lives. It is about protecting young, innocent children from harmful, cultural practices. If I have to take negative feedback, then that is part of the job.

Part 2 of our interview with Claire Smith will be published tomorrow.