Skip to content
Home > 16 Days of Activism > It’s Not Just Domestic Violence: The Beginner’s Guide to 16 Types of Violence Against Women
“Violence against women and girls is a problem of pandemic proportions” – United Nations Development Fund for Women

Yet even while it is so entrenched an issue, many people have problems recognising gender-based violence even when they are come face-to-face with it simply because:

To effectively combat violence against women wherever it happens , we believe that people need to be aware of the full range of these human rights violations in its many forms so they can prevent, stop and end it in whatever guise it appears. While gender-based violence is undoubtedly a complicated issue, we all have to begin understanding the full extent of this worldwide atrocity.

In honour of the 16 Days of Activism against Gender Violence, The Pixel Project presents a quick list of 16 major types of violence against women. This is by no means an exhaustive list, but it is a start. To learn about each type of violence in more detail, click on the hyperlinked terms.

Type 2: Rape. Rape, in a nutshell, is any form of sexual intercourse without consent. It doesn’t have to involve penetration. As long as you say no, it’s rape. Even if you’re in a position where you can’t say no (like being unconscious, for example, or blackmailed), it’s rape.

Type 3: Rape as a Weapon of War. When part of a widespread and systematic practice, rape and sexual slavery are recognized as crimes against humanity and war crimes. Rape is also recognised as an element of the crime of genocide when committed with the intent to destroy, in whole or in part, a targeted ethnic group. Examples of rape as a weapon of war include the Rape of Nanking, the ongoing mass rapes in the Democratic Republic of Congo, the mass rape of thousands of women during the Serb-Bosnian war.

Type 5: Female Genital Mutilation/Cutting (FGM/FGC). Female genital mutilation (FGM), also known as female genital cutting (FGC), refers to the cutting away of part or all of a girl’s external genitalia for cultural or non-medical reasons. Although a worldwide practice, it is most prevalent amongst certain African, Middle Eastern and Asian communities. FGM is most commonly performed on girls aged between four to 14—usually without their consent. 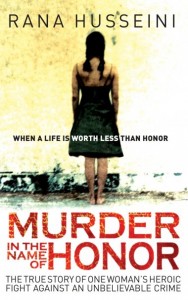 Type 6: Honour Killing. An honour killing (also called a customary killing) happens when a woman is murdered by a family member out of the belief or suspicion that the victim has brought shame to the family, clan or community. Murdering the person is believed to salvage the family’s honour.

Type 7: Forced Marriage. In a forced marriage, the bride is forced into a marriage against their will. They may be physically and/or emotionally threatened, usually by their families, or tricked into going abroad where they find themselves stranded without support or money, and with someone who demands their right of marriage.

Type 8: Human Trafficking. Human trafficking is what slavery, as a business, looks like in the 21st century. It describes the procurement of people against their will through force or deception, to be transported, sold and exploited for everything from forced prostitution to slave labour to human sacrifice. Trafficking victims are stripped of their basic human rights and treated as commodity.

Type 9: Bride Trafficking. In countries like Taiwan, China, South Korea and Japan, a phenomenon has emerged where men who have trouble finding wives resort to buying one from abroad. This has led to the growing business of bride trafficking. Immigrant spouses come from China, Vietnam, the Philippines, Indonesia and North Korea. Trafficked brides face a number of risks including domestic violence and forced prostitution.

Type 10: Breast Ironing. Breast ironing is the pounding and massaging of a pubescent girl’s breasts using heated objects, in an attempt to make them stop developing or disappear. It is typically carried out by the girl’s mother in an attempt to protect the girl from sexual harassment and rape, to prevent early pregnancy that would tarnish the family name, or to allow the girl to pursue education rather than be forced into early marriage. It is mostly practiced in parts of Cameroon, where boys and men may think that girls whose breasts have begun to grow are ripe for sex.

Type 11: Foot Binding. Foot binding was a custom practiced on young girls and women for approximately one thousand years in China, beginning in the 10th century and ending in the first half of 20th century. Binding the feet involved folding the toes back against the sole of the foot and breaking the arch of the foot to achieve impossibly tiny feet. Foot binding could lead to serious infections, possibly gangrene, and was generally painful for life. This is the only form of violence against women that has been successfully abolished.

Type 12: Stalking. Stalking can be defined as the willful and repeated following, watching, and/or harassing of someone, usually in order to force a relationship unto that person. Although stalking is illegal, stalking behaviours such as gathering information, calling, sending gifts, emailing or instant messaging are legal. Such actions can become abusive when frequently repeated over time. The rise of the Internet has led to cyberstalking—the use of technology to pursue, harass and stalk victims. Cyberstalkers target their victims through chat rooms, message boards, discussion forums, and email. 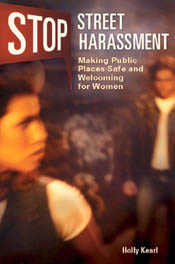 Type 13: Eve Teasing. Eve teasing is a euphemism used in India and sometimes Pakistan, Bangladesh and Nepal for public sexual harassment, street harassment or molestation of women by men, with Eve being a reference to the biblical Eve. it is a form of sexual aggression that ranges in severity from sexually suggestive remarks, brushing in public places, catcalls, to outright groping. Eve-teasing has been a notoriously difficult crime to prove, as perpetrators often devise ingenious ways to attack women.

Type 14: Street Harassment. 80% to 100% of women worldwide face at least occasional unwanted, harassing attention in public places from men they do not know just because they’re female. This harassment and an underlying fear of sexual assault causes women and girls to be in public less often than they would otherwise and to be on guard while there, especially when they are alone or it is night. Men’s harassment of women because of their gender is rarely seen as socially unacceptable. Instead it is portrayed as complimentary, “only” a trivial annoyance, a joke, or women’s fault based on their clothes.

Type 15: Prostitution. Prostitution is the act or practice of providing sexual services to another person in return for payment. Today, human trafficking is primarily for prostituting women and children. It is described as “the largest slave trade in history” and is the fastest growing form of contemporary slavery. It is also the fastest growing criminal industry, set to outgrow drug trafficking. Prostitutes often face violence including rape and murder.

Type 16: Stoning. is a form of capital punishment whereby a group throws stones at a person until the person dies. No individual among the group can be identified as the one who kills the subject. Stoning is slower than other forms of execution, and hence is a form of execution by torture. The most high profile cases in recent years all involved women including Amina Lawal (Nigeria) and Sakineh Mohammadi Ashtiani (Iran).

12 thoughts on “It’s Not Just Domestic Violence: The Beginner’s Guide to 16 Types of Violence Against Women”