Emails are a funny thing. We sometimes hate and love them at the same time.

On this particular day, I opened an email from NCADV and noticed a small plea at the bottom for volunteers for a new project. Intrigued and hoping for a chance to give back, I emailed Kendall at NCADV to volunteer. I was terribly nervous. What if I wasn’t what they needed? How does one become a volunteer exactly? I am the over-anxious person that sends her resume with her volunteer request. Thankfully, they humored my anxiousness and here I am, helping the administration and research teams for The Pixel Project.

But let me back up a bit. The question from others usually is: Why did you volunteer to become part of The Pixel Project? (I also became a member of NCADV this year for the first time). So here’s a glimpse into the world of someone who answered the call of The Pixel Project:

Unfortunately, my background has been littered with abuse and control. 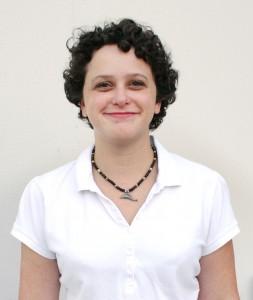 I am a survivor, warrior, conqueror, protected by my God and my ability as an adult to say NO. This was not always the case. I grew up watching my mother get beaten for standing up for herself. Her grandmother’s sewing machine (we’re talking ancient iron sewing machine) was thrown at her as a weapon by a man who easily towered over her by 6 inches. This was not my dad, but had become my step-dad through marriage. This man had refused to take no for an answer when he asked my mother to marry him. Now how is that asking?!

Time dragged on and I prayed for God to do something. I tried to toughen up at the tender young age of 5/6. This was hard to do. But the day came when I too became a target of his abusive advances. At 8 years old, I was exposed to sex, pornography and the guilt and shame of being a child molestation victim.Now I was praying for myself, Please God, please send Wonder Woman to come save me and my mommy. (Wonder Woman was my absolute favorite cartoon hero lady) I cried and prayed and hoped for a rescue.

One day, he challenged my mother’s mental state and I snapped. I called him out on his lies. While he sulked, my mother talked with me. That became the night that it crumbled away. I told her all that had been happening. I could not have anticipated the horrified expression on my mother’s face or the wounds It created in her heart. I was swept away for the night. Mom packed and planned and had him arrested. After being ostracized by our church and stalked for the better part of a year, scrapping to get by, we moved from a small town to Big D – Dallas. In our minds, a sigh of relief at starting over escaped our lips.

Little did we know that even in the big city did abuse lurk around the corner. We were scorned by family and for my mom, her coworkers also. A nice man at a local church took to my mom when we started attending. It was the beginning of a form of abuse we didn’t understand: manipulation and control.

After 7 years, I moved out on my own to live with a guy I’d met. Sadly, this man (who was 7 years my senior) was just like my mom’s second husband – manipulative, physically abusive and uncaring. I left under God’s grace. I didn’t seek a shelter. I didn’t even know they existed. But soon, I found out that my new husband was a controller. This time I sought help. But I wasn’t ready to leave. I went back for another grueling 5 years of control and two-faced behavior. I snapped when he began talking to his ex-fiancee about how miserable his life was.

Fast forward to today, where I am a single mom of two awesome boys, as well as a college student and full-time employee. I want to help others. I want to give back. And that, ladies and gentlemen is why volunteering for the violence against women cause is important to me.

As The Pixel Project strapline says: It’s time to stop violence against women. Together.