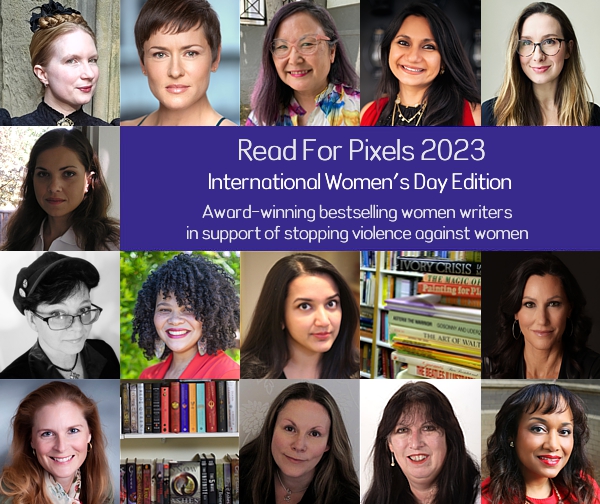 “Read For Pixels” IWD 2023 YouTube livestream sessions will run on Friday, Saturday, and Sunday evenings throughout March 2023. Each session will feature an author reading from one of her books and discussing her writing, why she supports ending violence against women, and women in the media, geek culture, and popular culture. Each session will also include a live moderated Q&A session for fans and book lovers to ask their favourite authors questions in real time.

The Pixel Project will also be holding the 16th Read For Pixels YouTube live panel session in March 2023 as part of the Read For Pixels livestream series and in conjunction with The Pixel Project’s first charity anthology, Giving The Devil His Due. In Hear Her Roar: The Power of Audiobooks to Imagine a World Where There is Justice for Victims of Violence Against Women, acclaimed Horror author Angela Yuriko Smith, acclaimed Fantasy author Leanna Renee Hieber as well as award-winning audiobook narrators Kate Forbes and Cynthia Farrell will be discussing how audiobooks can amplify the voices of abused women and inspire readers to imagine a world with justice for victims of violence against women.

The panel session will also feature a live Q&A segment for writers and fans to ask panellists questions. Panel sessions are a feature of the Read For Pixels programme created to be an accessible resource for writers interested in writing about female characters and approaching themes such as  misogyny, sexism, gender, and violence against women with depth, empathy, and accuracy.

Participating authors have also generously donated a range of exclusive goodies to help The Pixel Project encourage fans and book lovers to donate to the Pixel Reveal campaign including: author-curated goodie bundles, signed first editions or book bundles, 1-to-1 video calls, written critiques, stories written for donors, and more. Additional goodies are courtesy of publishers including Tor Books and Dzanc Books as well as award-winning bestselling authors Adiba Jaigirdar, Carol Goodman, Kathryn Purdie, Romina Garber, Sue Ann Jaffarian, and Sujata Massey. Donations begin at as little as US$5 and the goodies are available to donors as “thank you” gifts and perks depending on the donation amount. Fundraising will take place in tandem with the YouTube livestream series over the month of March.

“Violence against women is one of the most widespread and entrenched human rights violations in the world and The Pixel Project is delighted that so many acclaimed female authors have stepped up to join us in raising much-needed funds and widespread support for this cause,” said Regina Yau, Founder and President of The Pixel Project.  “Since its debut in 2014, over 200 authors have participated in the Read For Pixels campaign, collaborating with us to raise approximately US$107,000 for the cause and ignite online discussions about violence against women by fans and supporters. This is the ninth year we’re holding the International Women’s Day Edition of the campaign in recognition of the importance of the voices of female authors, a number of whom have faced gender-based violence in their lives. It is our hope that their support of the cause will inspire fans of their wonderful books and book lovers worldwide to not only donate generously, but also begin taking action to stop the violence in their communities wherever they are in the world.” 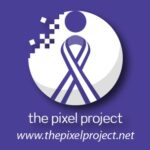 The Pixel Project is a complete virtual, volunteer-led global 501(c)3 non-profit organisation whose mission is to raise awareness, funds and volunteer power for the cause to end violence against women at the intersection of social media, online communities new technologies, and popular culture/the Arts.