For the first in a series of June 2022 interviews, meet  Errick Nunnally from the United States of America.

Errick will be taking part in “My Book Dad: Fatherhood and Male Role Models in Speculative Fiction” at 8.30pm ET, 18 June 2022 (Saturday). This is part of our Fathers For Pixels livestream programme for Father’s Day 2022.

The Dad Bio:
Born and raised in Boston, Massachusetts, Errick Nunnally served one tour in the Marine Corps before deciding art school was the safer pursuit. He graduated from the Massachusetts College of Art with the MCA Alumni Association Memorial Award and has been working in the graphic design industry for over twenty years. A published author, he enjoys writing, reading, cooking, art, and comics. 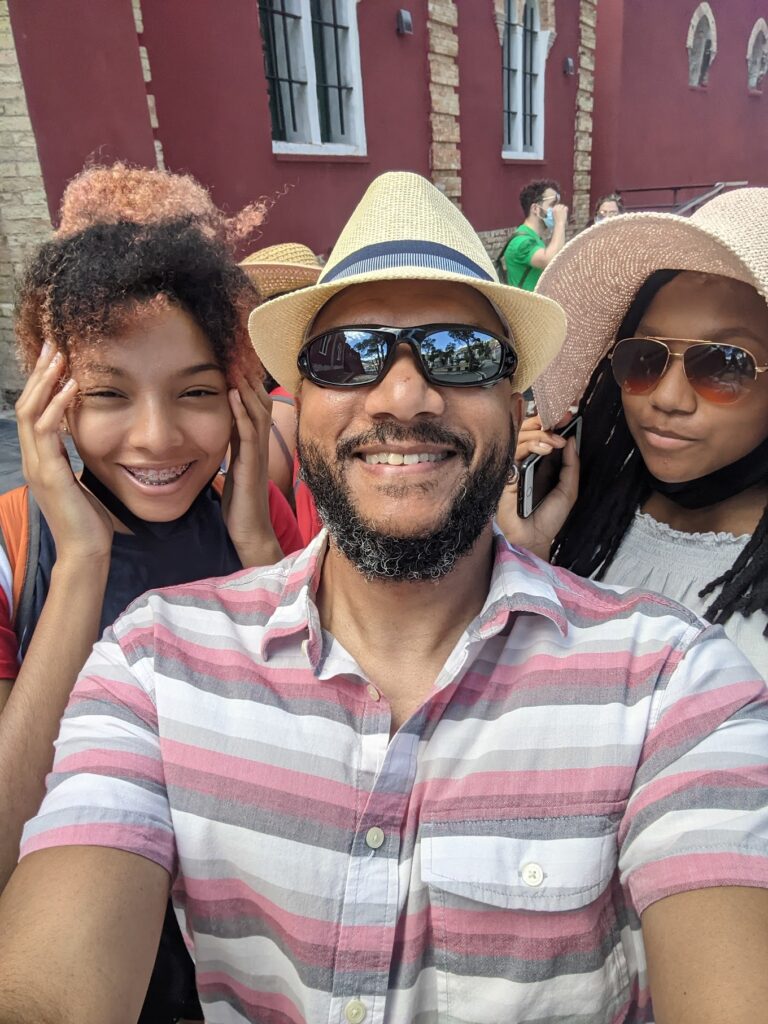 1.What is the best thing about being a Dad?

It’s like the best and worst possible thing at once. Watching them grow up, seeing the possibilities, being there for them, but needing to trust their decisions the older they get. It’s exciting and nerve-wracking at the same time because I’m constantly wondering what guidance they’re listening to or seeing and what they’ve actually absorbed from me versus their peers.

Despite my parents’ relationship souring in my very late teens and early twenties, my earliest and formative memories of my father were very good. In terms of how to behave and what a man could or should be, it wasn’t perfect—no one is—but his treatment of my mother was very loving and respectful. I remember they used to dance in the kitchen, on occasion. I came to realise that later in life, when I started forming my own, individual personality, I was more critical of everything, as well as more insightful. It was those early years that mattered most!

3.Communities and activists worldwide are starting to recognise that violence against women is not a “women’s issue” but a human rights issue and that men play a role in stopping the violence. How do you think fathers and other male role models can help get young men and boys to take an interest in and step up to help prevent and stop violence against women?

The most difficult thing about changing anyone’s behaviour is getting their attention and respect so that the words coming out of your mouth matter. It is incredibly hard to approach a stranger and change their mind. I think it’s important for men to be available to each other and open about their emotions. To demonstrate that nuance of opinion and emotion is not a failure or shortcoming. Men very much need to raise empathetic, thoughtful children and encourage friends likewise.