April 30th, 2021 (WORLDWIDE): The Pixel Project, an anti-Violence Against Women non-profit, is thrilled to reveal the special edition launch cover for Giving The Devil His Due, their first charity short story anthology under their Read For Pixels programme which will be published in partnership with Running Wild Press on September 1st 2021. Best described as ‘The Twilight Zone meets Promising Young Woman’, this anthology will feature sixteen stories in homage to the 16 Days of Activism Against Gender-based Violence, one of the largest annual anti-violence against women events in the world. 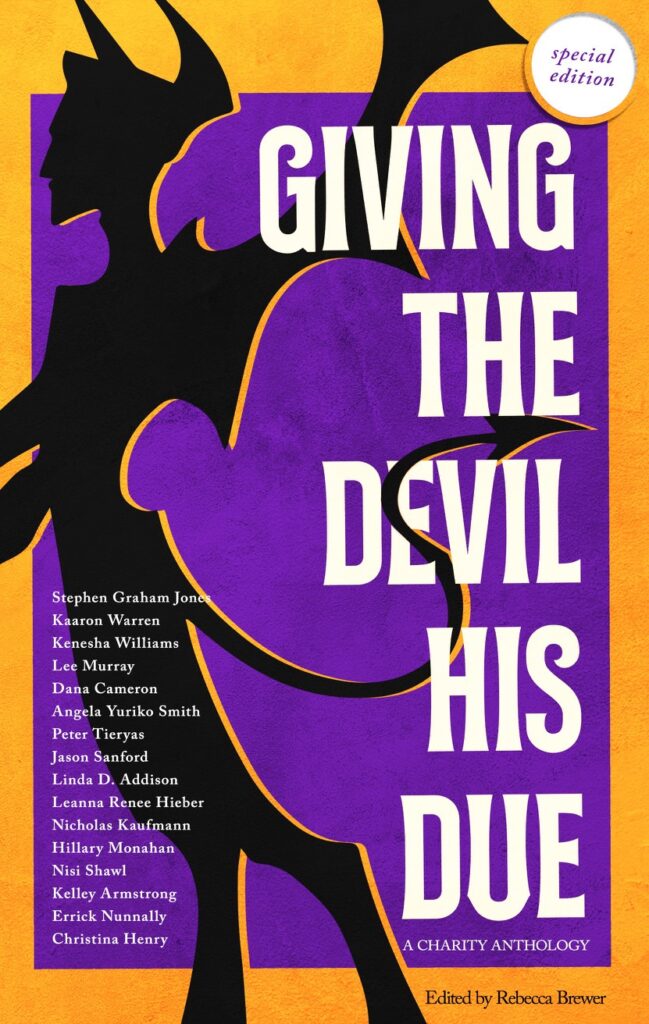 The anthology with this special edition cover will be available for a limited time from September 1st, 2021 until April 30th, 2022, covering the period which includes Domestic Violence Awareness Month, the 16 Days of Activism Against Gender-based Violence, International Women’s Day, Women’s History Month, and Sexual Assault Awareness Month.

Giving The Devil His Due will be available on all major bookseller platforms in the United States and its territories, Canada, Europe, Asia, Australia, and New Zealand from September 1st, 2021 to October 31st, 2023 only. 100% of the net proceeds from the sales of the anthology will go towards supporting The Pixel Project’s anti-violence against women programmes, campaigns, and resources.