Welcome to part one of our November 2020 Inspirational Interview with Tumukunde Loyce, executive director at Youth Fraternity for Change (YFC-Uganda).

Ms. Loyce is a Ugandan social worker and a specialist in women health. Her not-for-profit organisation, YFC-Uganda, was formed to mobilise, organise and empower women and girls to overcome violence and inequality. She has been instrumental in ending child marriage and sexual violence in western Uganda. Ms. Loyce was recognised as regional woman human rights defender in 2019 because of her involvement in defending the rights of young women and girls. 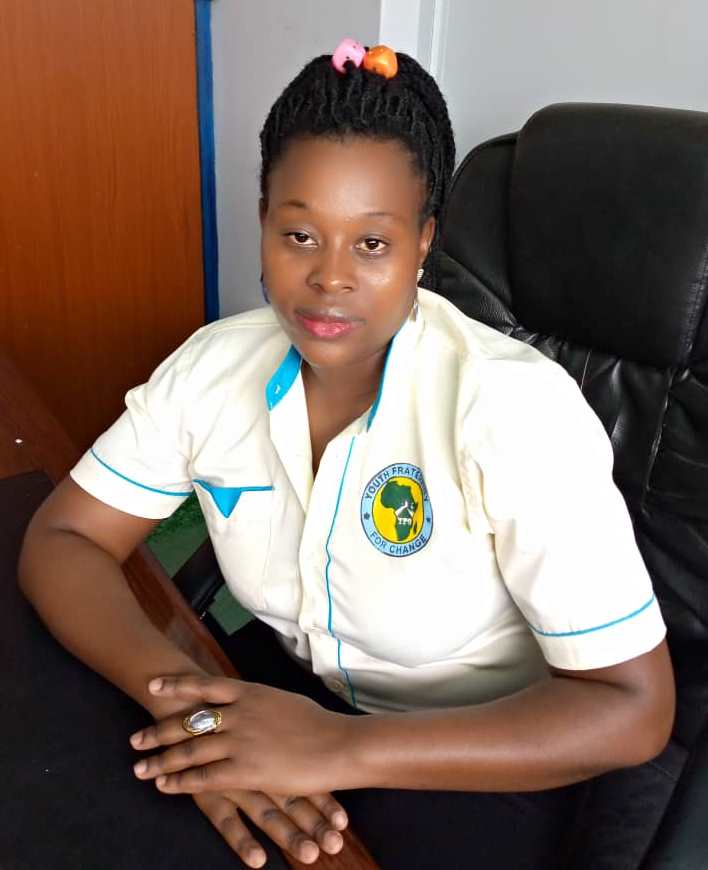 1. How and why did you join the movement to end violence against women (VAW) and how did you come to be the executive director of Youth Fraternity for Change (YFC-Uganda)?

From my childhood, I witnessed violence in our own home and in the community. I didn’t understand gender-based violence (GBV) and human rights concepts then, which made me believe violence against girls and women was normal practice. Growing up, seeing many girls being sexually harassed at school, my sisters forced into early marriage and my mother and aunts being battered made me think one day I should do something to end VAW.

In my education journey, I developed a passion for gender studies to advance gender equality in my country, and this drove me to take bachelors of science in gender and women’s health at Mbarara University of Science and Technology. Thinking of how to practice my profession, I started volunteering with YFC-Uganda. In 2017 I was employed at YFC-Uganda as a gender and advocacy officer, and I was privileged to be selected by the board in 2019 to become the executive director of YFC-Uganda, where I have been instrumental in advocating for ending gender inequality and VAW.

2. Could you give us an overview of YFC-Uganda’s approach to addressing VAW in the Mbarara district of southwestern Uganda, where you are based?

YFC engages in developing leadership skills among girls and young women to become community champions against VAW. This strategy empowers girls in and out of school to become community leaders and creates a supportive environment for them to discuss child marriage with the wider community. This changes their attitudes and beliefs in early and forced marriages and elevates the champions and other girls to be viewed differently by parents and community members, making it unacceptable to force them to marry at young ages.

Also, YFC aims to change of norms, practices and attitudes among religious and traditional people, including men and boys. This is done through community awareness campaigns centering girls and boys as change agents and champions against VAW.

YFC also enhances vocational and entrepreneurship skills to increase young women’s and families’ incomes. This addresses girls’ unique economic needs that make them vulnerable to early marriage. The rationale is that immediate economic opportunities would provide incentives to keep girls in school and let girls contribute income to their families. This reduces both the economic and social pressures to marry off girls early.

4. What are some of the particular challenges that Uganda faces when tackling VAW, and how have anti-violence against women organisations like YFC-Uganda addressed these challenges?

5. Over the years, how has YFC-Uganda’s work influenced Uganda’s approach and attitudes towards VAW? 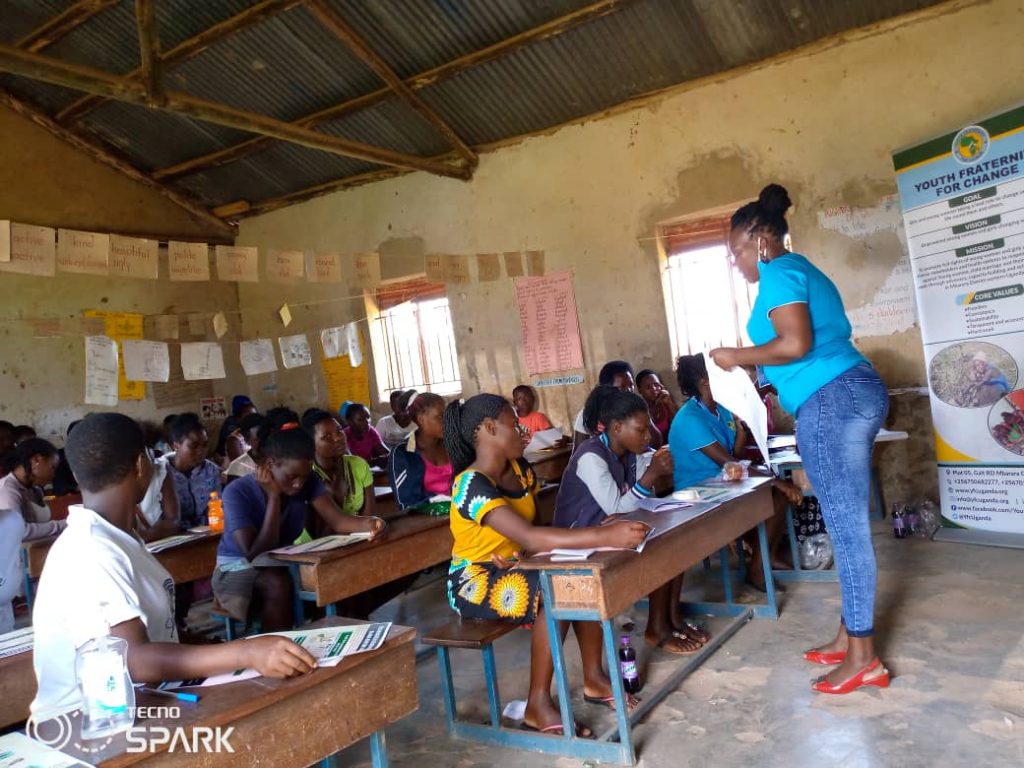