Word-of-mouth is one of the most powerful ways in which ideas and messages spread and take root throughout communities and societies. It is a particularly potent influence when the source of the information or opinion is a trusted member of the community or an expert on the subject. While people usually think of word-of-mouth as marketing jargon, it is the most common form of peer-to-peer influence and is an effective method of changing cultural beliefs at the grassroots level.

Since the advent of social media and smartphones, word-of-mouth has morphed from simply being gossip over the neighbour’s fence to travelling at the speed of a share button. With the rise of super-speed word-of-mouth also comes a new breed of influencers whose endorsements and opinions can immediately affect the views and actions of millions of people worldwide – anything can go viral when amplified by social media influencers like niche topic bloggers, YouTube-based vloggers, and celebrities on Twitter and Facebook.

For the anti-violence against women movement, social media-powered viral word-of-mouth has been both a bane and boon:

If you are a social media influencer who wants to support the cause to end VAW and are looking for ideas on where or how to begin, this starter list offers 16 actions that you can take. While not all of the suggestions in this may be suitable for you and your audience/followers/fans, we hope that this will be a useful starting point. If you have any other suggestions and tips, please do share them in the comments section. 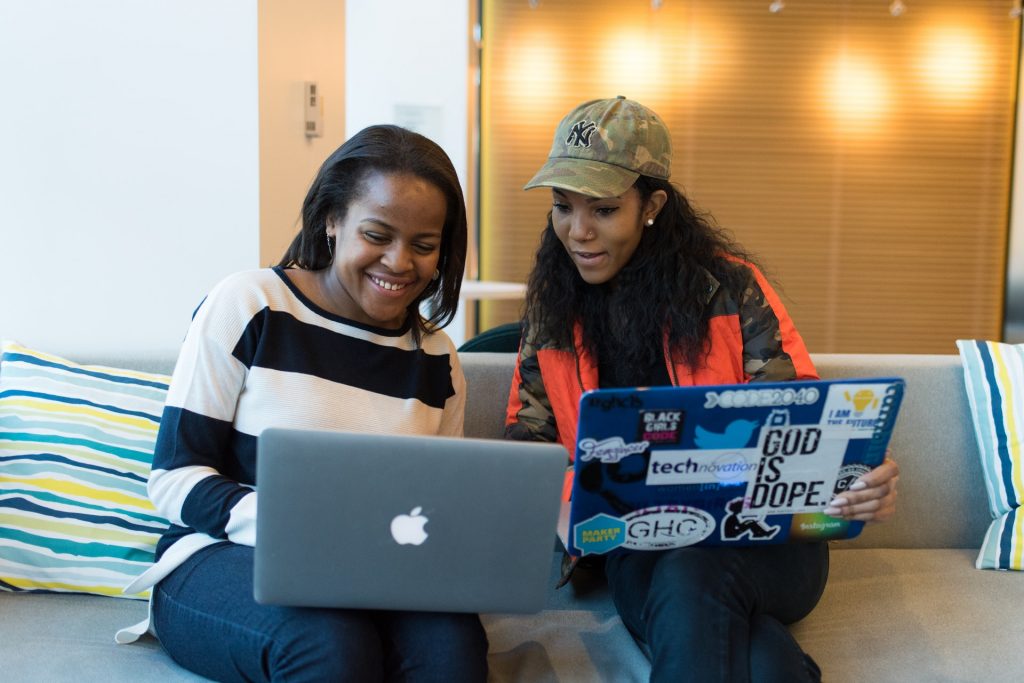 The defining feature of social media and other online platforms such as blogs and forums in the 21st century is the emphasis on sharing to spread the word. All it takes is a second to share a post about the latest VAW statistics or retweet a call-to-action by an anti-VAW organisation or campaign. You can make sure your online routine includes selected anti-VAW campaign posts, news headlines, and online petitions about VAW cases that you come across.

A simple yet direct way to show your support for stopping VAW is to keep an eye out for hashtag campaigns on social media platforms, particularly on Twitter and Instagram. One example of how social media influencers have successfully boosted a hashtag campaign is when celebrities with large Twitter followings such as Alyssa Milano started picking up the #MeToo campaign, thus sending the campaign profile into the stratosphere.

In the borderless space of the internet, no online space is 100% safe. However, as the owner of your social media accounts, you can take certain measures to make sure your online fan and supporter communities stay as friendly, accepting, and positive for women and girls as possible. Steps you can take include:

Influencer Action #4: Use Your Clout to Call ‘Em Out!

If you come across a male fan harassing a female fan with sexual innuendoes, vitriolic language, rape threats, and other violent behaviour anywhere online, use your clout to step up to address the harasser. Harassers need to be called out on their behaviour on the spot because many of them are empowered by the silence of bystanders and the protection of online anonymity. Make sure that they know that what they are doing is wrong. Even if you are the only voice saying so, your influence and intervention may get them to reconsider their behaviour. Even if the perpetrator declares that he means no harm, it is important to disrupt incidences of VAW while it is happening by publicly and calmly pointing out that VAW has hurtful consequences for the victim, and reflects badly on the perpetrator.

VAW is a vast and complex social issue and an important part of making sure you understand how and what you can do to support the cause is to educate yourself about it. Some simple steps you can take include:

If and when you have educated yourself about the basic facts regarding VAW and are ready to take action beyond just sharing tweets and boosting the signal for hashtags, reach out to your local, national or global anti-VAW organisations for guidance with messaging and approaches for your personal anti-VAW projects and campaigns. This will ensure that you hit all the right notes, provide accurate information to your audience, and avoid accidentally perpetuating myths and stereotypes.

VAW is an intimidating and uncomfortable topic that is often regarded by many cultures as taboo for public discussion. As an online social media influencer, you have the adoration of legions of fans and thus the attention of a sizeable worldwide audience with little to no barriers to communication. This puts you in the perfect position to help anti-VAW organisations, activists and advocates to educate them about VAW in a way that is accessible to them. Make an effort to share the latest news or even start your own awareness-raising project based on your strengths, talents, and audience. For example: Lady Gaga released the song Til It Happens To You in conjunction with The Hunting Ground (a documentary about sexual assault on campus).

If there are major headlines about VAW cases in the media, use them as a springboard for talking to your fans and audience about VAW. The Brock Turner case and the controversial election of Brett Kavanaugh to the U.S. Supreme Court are some of the examples of high-profile VAW cases that generate a lot of conversation among the general and global public. Steer that conversation among your fans towards a positive outcome by talking about issues of consent, toxic masculinity and male privilege when you bring up the news. You might not be able to change the minds of those who still victim-blame but you will give them something to take away and think about. Plus, younger fans will get the message about stopping VAW.

Part of not staying silent about VAW is to speak up proactively about it. Social media presents a variety of formats for doing so, ranging from writing blogposts to sharing a conversation-starting picture or recording a vlog entry on YouTube. If you are a survivor with a popular blog, you could use a high-profile campaign or case as a springboard for writing about your own experience with VAW. If your biggest audience is on Facebook, you could write a post about the importance of consent to share with your Facebook followers during Sexual Assault Awareness Month in April. If you are a vlogger with an active audience on YouTube, try recording a special episode presenting your thoughts about a major VAW case and why rape culture is unacceptable. One example of how online influencers and communities did all this successfully was the myriad of ways they provided the Stanford rape victim a voice in the Brock Turner case.

Influencer Action #10: Talk To Your Peers

When engaging online with your influencer peers, look for openings to steer the conversation towards discussing why VAW is not acceptable. These opportunities can include talking to them when you see them exhibit disrespectful or bullying behaviour towards women and girls both online and offline, or when discussing high profile cases of male celebrities committing VAW. You can also invite your peers to join you on liking anti-VAW Facebook pages, following anti-VAW Twitter accounts and participating in online discussions about the importance of stopping VAW. One celebrity influencer who has successfully done this is Emma Watson, who was instrumental in getting male celebrities to participate in the UN’s #HeForShe campaign.

Thank you to everyone who has been part of TIME’S UP over the past year. 💗 From my sisters in the film industry to the activists and campaigners around the world who have supported us, I’ve been so inspired by the way people have reached out to each other, shared experiences and advice, and organised together as part of this movement for change. 🌍 Gender equality can only become a reality if we harness the transformative power of solidarity across professions and across borders. ⠀⠀⠀⠀⠀⠀⠀⠀⠀ There’s still a long way to go, but the achievements so far make me optimistic for a fairer future. 2018 was just the beginning. 💪🏻 ⠀⠀⠀⠀⠀⠀⠀⠀⠀ 🎉 See link in bio for some reflections on the journey of Time’s Up that I shared with @cnn.

Anti-violence against women organisations are often the last to be considered – if they are considered at all – whenever people are selecting charitable causes to support. More often than not, prominent influencers balk at visibly supporting anti-VAW campaigns and programmes because VAW is not just an ugly and controversial topic, it has been normalised throughout the world as part of culture and society and is often a taboo topic for public discussion. If an anti-VAW organisation approaches you for help with raising awareness or raising funds, consider saying yes instead of brushing them off in favour of a more ‘cuddly’ cause.

Anti-VAW organisations are some of the most severely underfunded in the world. So another way for you to concretely support their efforts to stop VAW is to use your influence and your money-making nous to help raise the funds they need to keep their campaigns, programmes, and services running. Due to years of inadequate funding, anti-VAW organisations are pros at making every donated dollar go the extra mile, so just imagine what they can do when they are well-funded!

Whether you are a social media savvy celebrity who is the face of a product or a niche blogger with sponsors or a foodie who is part of a close-knit network of other foodie Instagrammers, sometimes the most effective thing you could do to help the anti-VAW cause is to introduce anti-VAW organisations who approach you to your partners, sponsors, and networks who are in a position to help with anything from sponsoring services to raising funds. For example: if you are a fashion blogger who regularly works with ethical fashion houses or feminist fashion designers or icons, mention to them that you’re supporting a particular anti-VAW non-profit and introduce the non-profit to them to see if a joint project is feasible.

Many anti-VAW non-profits, activists, and grassroots groups run online campaigns as part of their awareness-raising, outreach, and VAW prevention efforts. For example: Houston, Texas-based Aid to Victims of Domestic Abuse (AVDA) ran a social media campaign called #EndAbuse through which they worked with local social media influencers to post #EndAbuse selfies on their platforms.. If you come across or hear about such campaigns, contact the non-profit to offer to participate or  support it in any way you can.

Celebrities and influencers who speak up about VAW often receive letters, emails and messages in public comments sections from fans who are survivors wanting to share their experiences. Sometimes, victims who are still experiencing domestic violence or child sexual abuse may also write to their favourite influencer to confide in them. If you should receive this type of call for help, take care to write back and include helpline information in your response to them so they have the option of calling to get help. Unsure about what the hotline or helplines in your country or region are? Follow The Pixel Project on Twitter where we tweet out helplines from over 30 countries worldwide from 8pm to midnight Eastern Time daily.

In other words – be a role model. Treat the women in your life with respect, speak out against sexism and misogyny, support anti-VAW organisations and other type of women’s human rights organisations. If you are a male influencer in particular, make sure that your website, blog, social media profiles, and behaviour online and offline are free from any form of misogynistic behaviour, including mansplaining, dismissing women’s opinions, sharing tasteless VAW jokes that blame the victim, sexist name-calling, putting up pictures extolling the ‘virtues’ of the rape and battery of women etc. Be self-aware about your  behaviour and treat women and girls as equals when engaging in online discussions or interactions with them.