My name is Carl-Henrik Hall. I come originally from Denmark. I have worked for the EU for nearly 30 years and I’ve spent many years overseas outside of Denmark and Europe with my family. I have a beautiful wife and three wonderful children – a daughter and twin sons. They are gown up now and finding their way in the world. 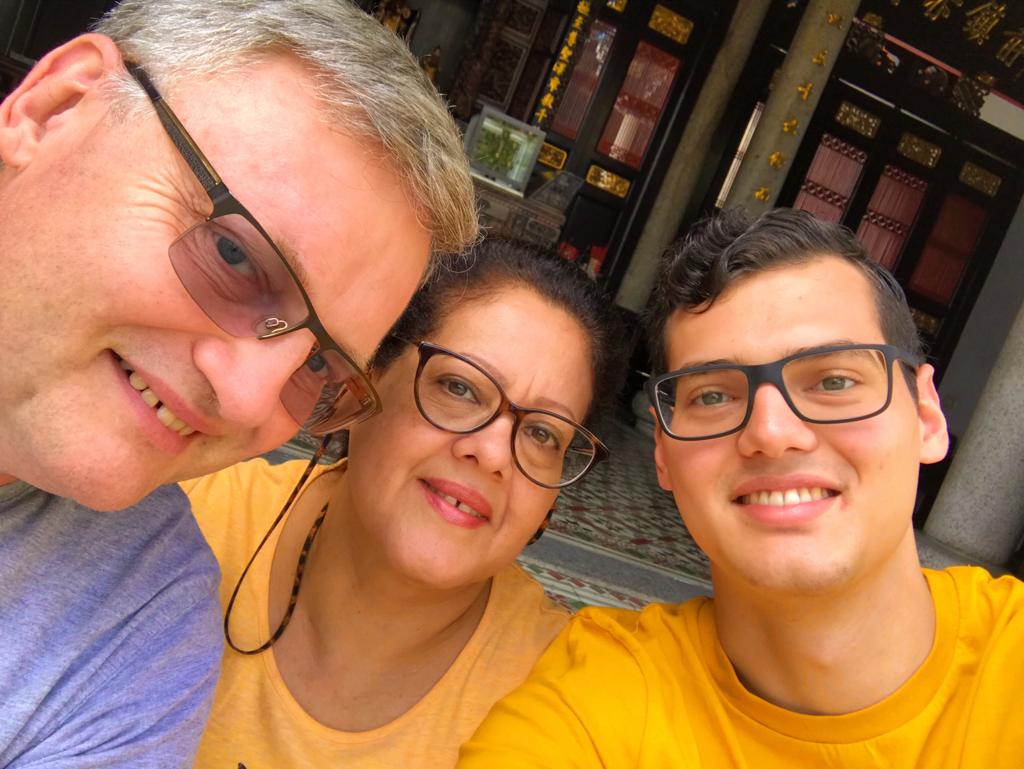 Kids are incredibly rewarding, at all ages. You do not own your kids. They are themselves. Basically you just have them on loan and take care of them as best you can, until they are grown-ups. At the same time, once you have a child you are a parent for the rest of your life, and you will always think about your children and hope the best for them.

Seeing children grow up and playing a role in that as a parent is very rewarding. When they are small they bring you back to your own inner child. They are fun. My wife and I often talk about what they did and said when they were small, and laugh at the memories. Kids are also very creative. As they get older, their personalities become more evident. That is fascinating to follow. While they have some of your DNA and some of their mother’s they are very much themselves. You will also spot certain traits in them from their grandparents and even great-grandparents. Our twin sons may be so-called identical twins to the eye, but their personalities are different.

When a child is born in my country you sometimes hear the wish expressed that the parents may be allowed to follow their child ‘most of the way in its life’. I think this is very well said.

My Dad is 90 now. I am in touch with him practically every day. I am lucky to have my dad still.  He is very creative artistically, and so is our daughter. So there may be a genetic link there, which I often think about.

The person who has really influenced the way I see women and girls is my mother. She had 3 children, many social obligations, a huge house and garden and on top of that a half-time job. She always worked a lot. I think mothers are the most giving and generous persons you can find. I see this also in my wife and in all she has done and keeps doing for our kids.

Men have wives, mothers, daughters and sisters, and they love them. They have every interest to ensure that those they love are not in danger or being abused.

When I was a teenager a young woman who attended the same school as I did was raped. It took a very long time before she was able to return to school, and her personality had changed.  The sparkle was gone. I hope she found it again later in life, but one cannot be sure of that. Many victims are damaged for life. And the damage does not stop there. Her family was devastated.

I am convinced that one of main reasons why there is violence against women is because women are not yet equal to men in most societies. Women and men must share power equally for a genuinely fair society.

Fathers, as well as Mothers, must bring up their sons to be respectful of girls and women, and for them to understand that while men and women are different, they are equal and have equal rights. Equally important is to bring up our daughters to be assertive and fully aware of their worth.