Welcome to part one of our inspirational interview with Bettina Baldeschi, CEO of International Women’s Development Agency.

Bettina Baldeschi was appointed Chief Executive Officer of International Women’s Development Agency (IWDA) in late 2017. She joined IWDA in 2012 as Director of Communications and Fundraising, leading the transformation of the organisation’s brand identity, media profile and communications strategy. Bettina later served as the Director of IWDA’s Individual Deprivation Measure (IDM) program – a world-first, gender-sensitive and multidimensional measure of poverty. Before joining IWDA, Bettina held a number of executive roles with Oxfam Great Britain, and also worked with UNHCR in Canberra. She earned a Bachelor of Arts (Hons) in Communication Studies from the University of East London and a Master of Studies, Gender and Development, from the University of Oxford.

Part 2 of Ms Baldeshi’s interview will be published on 27 August 2018.

All photos are courtesy of Bettina Baldeschi and the International Women’s Development Agency. 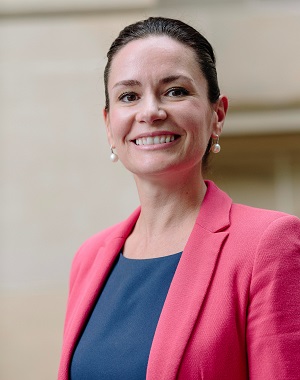 1. How and why did you join the women’s rights movement?

It started early for me. I come from a patriarchal family; the only girl with two older brothers, and I was always aware of the imbalance of power that existed around me. Then I studied women’s studies as part of my undergraduate degree, and this gave me the validation of my early experiences on gender norms and inequality. I immersed myself in the whole body of feminist writings, from the works of Christine de Pizan and Virginia Woolf to Luce Irigaray, Bell Hooks and Simone de Beauvoir. It was a revelation.

I took this a step further while studying my masters at Oxford, where I directed my studies to focus on gender and development. Since then I have been determined to apply a feminist lens to my work in the development sector. Now, I am proud to be CEO of Australia’s leading agency focused entirely on women’s rights and gender equality in Asia Pacific.

2. The International Women’s Development Agency (IWDA) was founded by three Australian women in 1985 and since then IWDA has “worked with grassroots and national organisations, State and Federal governments in Australia to advance and protect the rights of women locally, in our region and around the world”. Could you give us an overview of IWDA’s approach to advancing women’s human rights?

At IWDA, we employ a rights-based, feminist approach to achieving our vision of gender equality for all. At the core of this approach is our partnership model, which involves us working alongside diverse local women’s organisations in Asia and the Pacific. This model is so important, because our partners are the most effective agents of change with the deepest understanding of their context. Together we focus our work around four main pillars: leadership and participation, economic empowerment, safety and security, and systemic change. We believe that progress in each of these four areas is fundamental to achieving transformative change for women.

3. One of IWDA’s current campaigns is It’s Not About Sex, It’s About Power, which is inspired by the #MeToo movement. Can you tell us about the campaign and what IWDA’s approach to stopping violence against women and girls is?

The #MeToo and #TimesUp movements unleashed a groundswell of support for women survivors of sexual harassment and violence. As feminists, we should note that this movement wasn’t new. But it was motivating to see this issue take centre stage in the public sphere – a move that was so long overdue!

It was clear to us that an important part of the conversation wasn’t getting the attention it deserves though. People weren’t talking enough about power and the abuse of power, which is one of the key reasons why sexual harassment and violence occurs in the first place. The campaign, titled It’s not about sex, it’s about POWER, aimed to call out a patriarchal system that privileges and sustains the power of some men, while silencing many women.

Our approach to eliminating gender-based violence is embedded in our work on women’s safety and security, which is one of our key goals. Through this work, our partners focus both on prevention and response. Addressing systemic issues here is key.

4. IWDA conducts “strategic and influential research to advocate for laws and policies that stand up for women’s rights.” One of your current research projects is Do No Harm which investigates the relationship between money and domestic violence for women in the Pacific. What has IWDA’s research discovered so far and what do you hope to achieve with the findings?

I’m very proud of the impact our research, policy and advocacy team is having in this space. While we know that women’s economic advancement and empowerment are critical to achieving gender equality, it is also crucial to understand how this empowerment interacts with existing gender norms and power imbalances.

IWDA used the research findings to develop a practical toolkit to support organisations working at a community level on women’s economic empowerment programming. The tools will help to integrate the elimination of violence against women into these programmes.

The Do No Harm research project was in partnership with The Department of Public Affairs at the Australian National University, and was funded by the Australian Government’s Pacific Women Shaping Pacific Development.

5. IWDA’s work on women’s safety and security recognises “the links between health, education, social services, housing stability, economic justice, land ownership and cultural sources of violence against women” and your partnerships and programmes under this aspect of your work has involved and helped thousands of women worldwide. Could you tell us about some the work that is being done under this programme?

Our vision is for all women to live free from gender-based violence and play powerful roles in peace building and national security. Peace can refer to safety and security on a national and global level, but it also refers to women’s safety in the home and in their local communities.

Our work in this space involves supporting our local partners to deliver prevention and protection programmes that support survivors of gender-based violence. These programmes range from supporting women’s shelters and crisis counselling to empowering women to challenge the norms that perpetuate and normalise violence against women. 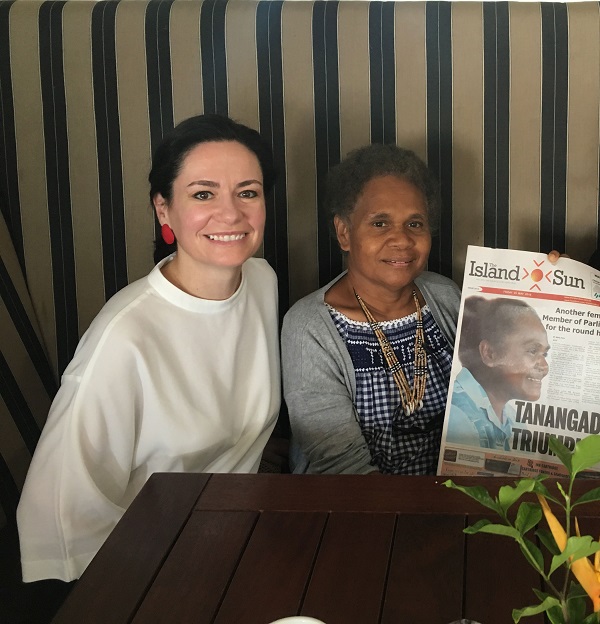