I’m a married father of one daughter who works as a project manager at a software company in Austin, Texas. In my free time, I enjoy great conversations, cooking, listening to podcasts, reading (mostly current events), and watching pro wrestling (yes, I know it’s fake). 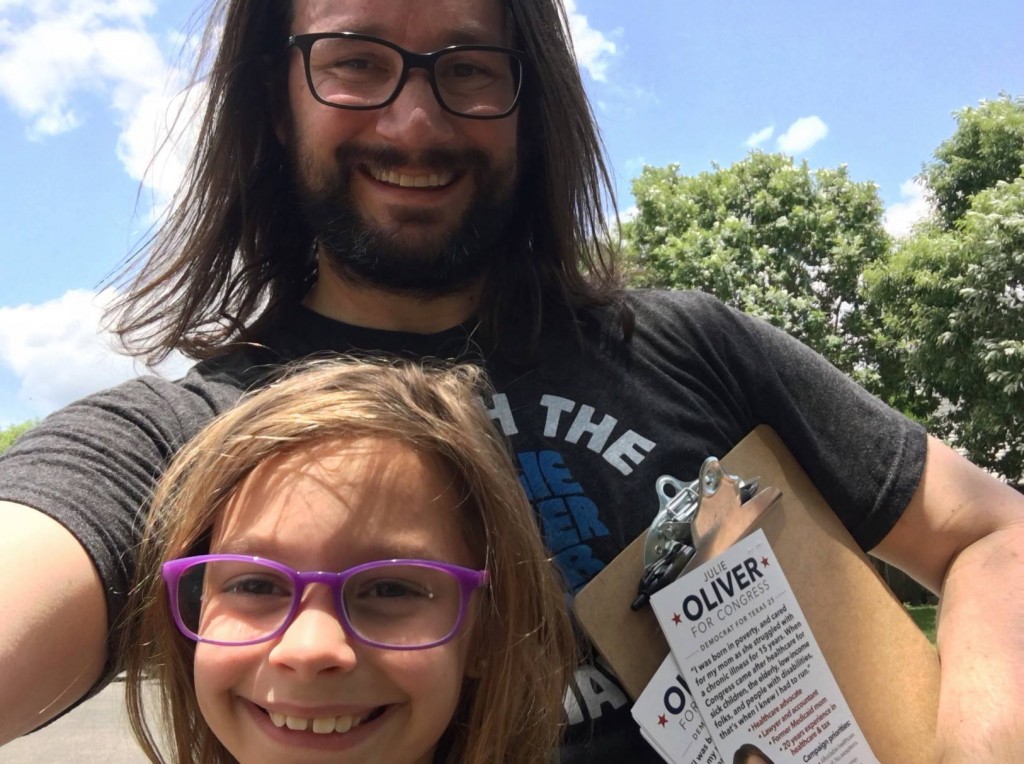 Seeing my daughter (8 years old) grow and change. I love seeing her pick up a new skill or take simple ideas and turn them into something more complex.

I’m honestly not sure how my dad influenced my attitudes toward girls as we weren’t very emotionally close. If anything, I was more often surrounded by women (mother, sister, female friends and family) and the idea of all these women I was close to not being given the same opportunities or respect as me or other men never made much sense to me.

By college, I’d become an ardent feminist and very closely identified with the idea of gender equality. In this case, I might have benefited from NOT having a strong male influence where I might have learned to perpetuate patriarchal values.

I think most men are simply unaware of the common experiences of women, including risk of violence, lower pay, gendered expectations/limitations, etc. With the #MeToo and #TimesUp movements, we saw men become a lot more aware of behaviours women have to deal with (e.g. catcalling, sexual expectations, threat of violence, etc.) that those men may have been oblivious to. Men can and should teach boys about:

If they understand the above items, then it can become much easier to identify their own behaviors that may contribute to a culture that perpetuates violence against women.