New York Times bestselling author Dan Wells is best known for his horror series I AM NOT A SERIAL KILLER, of which the first book is now an award-winning movie through IFC Midnight. His other novels include THE HOLLOW CITY, EXTREME MAKEOVER, and two science fiction series: PARTIALS and MIRADOR. He cohosts the Hugo-winning podcast for aspiring writers called Writing Excuses. He has written for television and the stage, he writes short fiction and game fiction, and he edited the anthology ALTERED PERCEPTIONS. Dan lives in northern Utah with his wife, 6 children, and more than 400 board games. 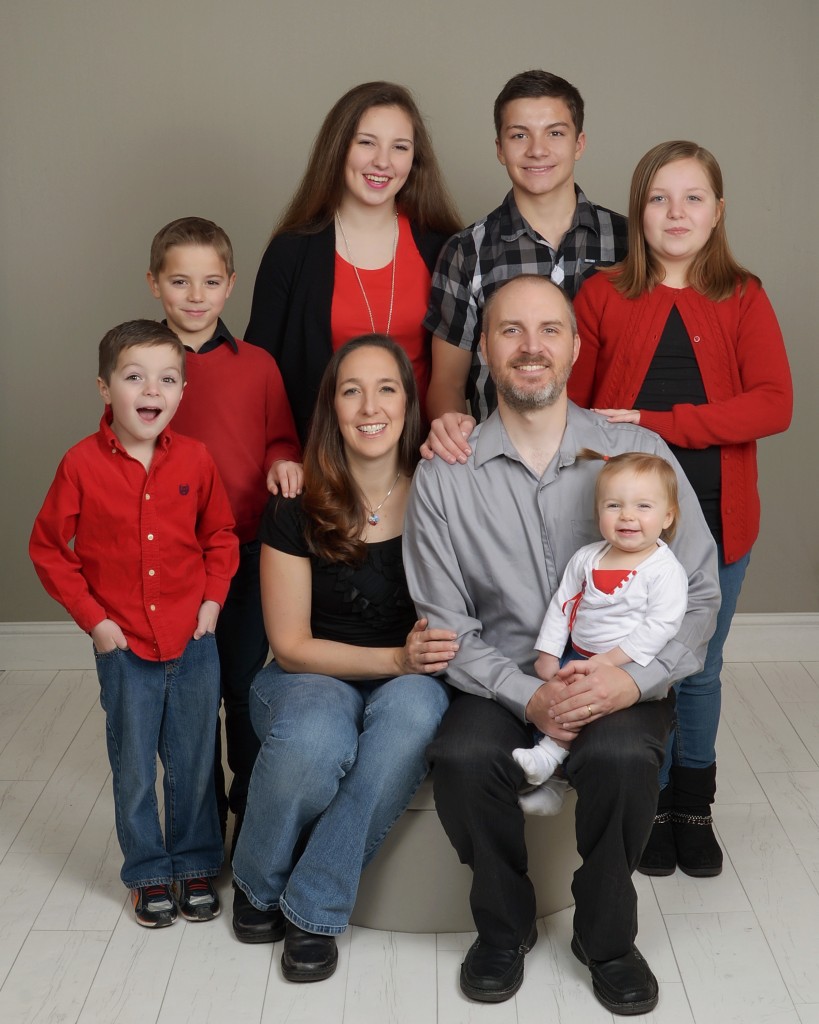 My family is the single greatest part of my life, and my kids are why I do everything that I do. They’re like a little pack of best friends that follows me everywhere, only better, because I get to watch them grow and learn and change. Kids are always doing something new—it’s like a constant stream of victories, some small and cute, some arduous and well-earned, and some big and triumphant. They’re always happy to see me, and I’m always happy to see them, and to watch them become better people.

My dad is amazing, and has always been a powerful example of how to treat women. For starters, he loves my mom — he’ll do anything for her, and he loves to make her happy, and they always work as a perfect partnership. This was always extra-meaningful to me because my mom has MS, and spent most of my childhood either bedbound or in a wheelchair. This happened after they were married, and it would have been easy for him to say “this isn’t what I signed up for” and walk away. I can honestly say that this never even crossed his mind. He loves her, and rebuilt his entire world around her needs, and that example has been one of the greatest influences on my life.

There are so many ways that fathers and male role models can teach boys, but I think the two main ones are these:

The first thing we do is to always model good behavior. My sons have never seen me mistreat, yell at, strike, or otherwise abuse my wife or my daughters, and they never will. They HAVE seen me love them, respect them, and treat them like equal partners in our family and our lives.

The second thing we do is to always teach about both sides of abuse and violence: whenever I think “I need to talk to my daughters about how to avoid X or how to deal with Y,” I immediately remind myself that I need to also teach my sons not to perpetrate X or get involved with Y. Violence is not just a thing that happens, like weather; it is performed by people making bad choices. I teach my sons, and my scout troop, and all other boys that I have influence over, not to ever make those bad choices or perform that violence.