Paul Tremblay has won the Bram Stoker, British Fantasy, and Massachusetts Book awards and is the author of The Cabin at the End of the World, Disappearance at Devil’s Rock, A Head Full of Ghosts, and The Little Sleep. He is currently a member of the board of directors of the Shirley Jackson Awards, and his essays and short fiction have appeared in the Los Angeles Times, Entertainment Weekly.com, and numerous “year’s best” anthologies. He has a master’s degree in mathematics and lives outside Boston with his wife and two children. 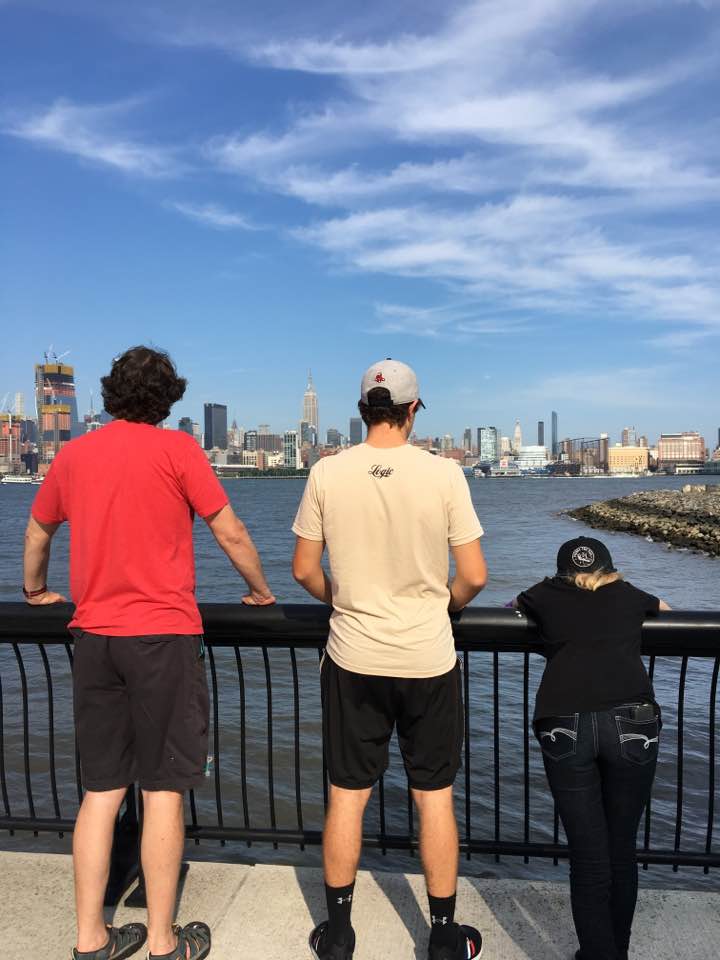 The hugs. The feeling I get when I see my kids after a long day at work. Making them laugh, even if they are laughing at me (which is often). Being there for their accomplishments and milestones and in a more bittersweet way, being there when they fall short of what they want to achieve. Sharing my favourite movies/books/songs with them, and having them (as they are now older) share their favourites with me.

A new best thing is that my son is making me waffles from scratch right now.

My father never subscribed to the ridiculous Mike Pence-esque notion that men and women couldn’t be just friends or have a relationship that wasn’t fraught with sexual tension. He had many friends who were women and one of my fondest memories as a teen was being allowed to play on the co-ed volleyball team he’d set up at work.

My father worked at a game manufacturing factory for 25 years (before it was closed) and watching him interact with his friends and co-workers (many of whom were women and/or people of colour) and not change who he was or how he acted (i.e. he was still Dad, the guy I knew and loved, even if the teen-me was embarrassed by his goofy outgoingness) left a lasting impact on me because now I know I was watching empathy and humility in action.

I have talks with my son about women and dating, and empathy for others in general. Every father-son relationship is different and there’s always going to be some level of discomfort when talking about difficult subjects, but (and I’m saying this here to remind myself) you should push through that discomfort and make sure there’s an ongoing dialogue. I listen to what he has to say in response while hopefully teaching him to listen to the women in (and out) of his life.

This is a hard question to answer as I certainly don’t have the answer, other than to say that as a father, it is my responsibility to accept a male role model position seriously: to model willingness to evolve and adapt, and perhaps most importantly, to be willing to confront other males when their attitudes and behaviour isn’t acceptable.