Jim C. Hines is an author and stay-at-home Dad for his 12-year-old son and 17-year-old daughter. His published Science Fiction and Fantasy books include the Goblin trilogy, the Princess series, the Magic ex Libris books, and his new novel Terminal Alliance, the first in a trilogy about space janitors. He’s still waiting for someone to give him the How To Be A Perfect Father guidebook… 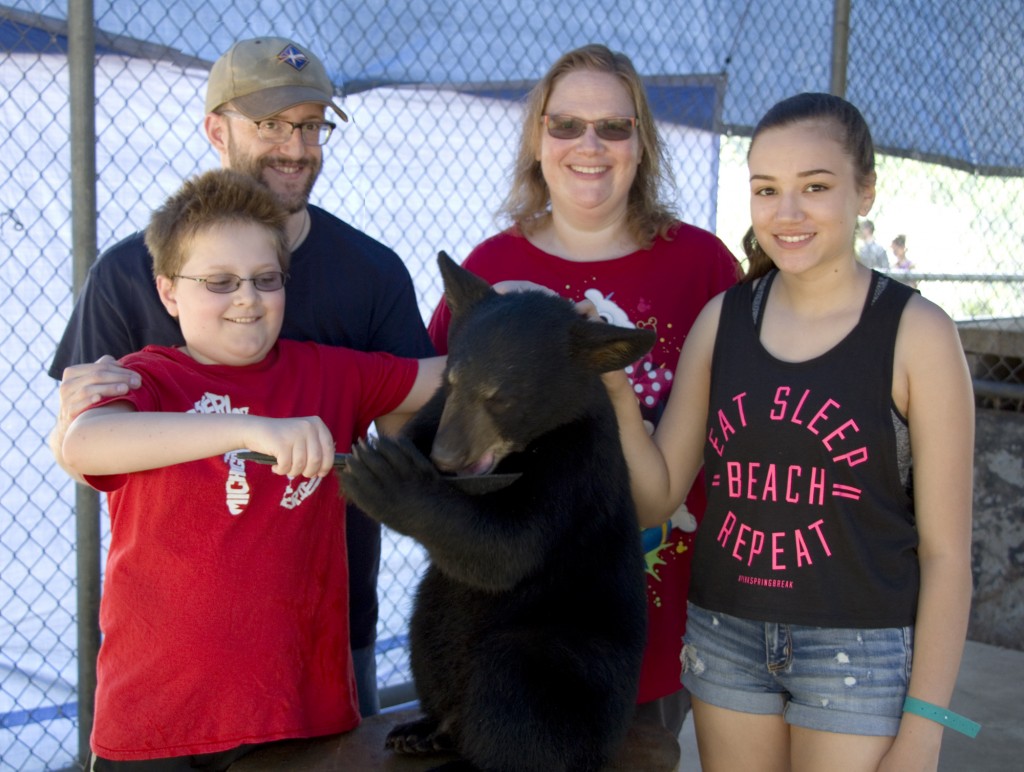 I’m tempted to go with the tax deductions, but I think it’s the feeling that I’m part of something bigger, something that I dearly hope will survive long after I’m gone.

Both of my kids are very much their own people, with their own hopes and loves and dreams and passions and so on. But I get to be a part of helping them grow. I can try to help them avoid some of the many mistakes I’ve made in my life, and show them some of the wonderful things I’ve seen and learned. That’s not a one-way thing, of course. I learn from them all the time, too. It hasn’t always been easy, but being a dad has made me a better person too.

The biggest way my father influenced my attitude toward women was in his relationship with my mother. They’ve always been equals, and it’s obvious that not only do they love one another, they also respect and trust each other. I’ve never seen or heard of him treating a woman as anything less than…well, than fully human.

It wasn’t something we ever talked about much when I was a kid, and it probably would have been better if we had. But I think his actions were more important, and had much more of an impact on what I learned and my own attitudes as I grew up.

So many ways. For example, as I’m reading stories to my son or watching shows together, I try to point out and talk about some of the messed-up ways men treat women. Earlier today, it was a Disney show about a couple of boys using love potions on girls they like. One of the boys says, “She kissed me. Of her own free will!” My son and I didn’t get into a long conversation, but we did talk about the fact that no, it wasn’t of her own free will, and that’s a problem.

I’ve also tried to teach both of my children about consent in various ways over the years. Letting them know they have the right to say no, even to things like being tickled or hugged or photographed. Emphasising that they have to respect when other people say no as well.

In terms of helping the next generation become aware of and step up to try to stop violence against women, I feel like my job is to educate them about the problem. Particularly for guys, it’s so easy to close our eyes and pretend the problem doesn’t exist.