Our 9th 2018 Survivor Stories interview is with Cynthia Schartman from the USA.

This interview is courtesy of the Jeanne Geiger Crisis Center, a nonprofit that is a national leader in preventing and stopping domestic violence in the USA.

I am a 49 year old female survivor of domestic violence who is a mother and a professional working in the architectural profession. I was raised in the DC area, earned an MA from The George Washington University and now live in the Boston area. My family is Catholic, I am not; but I still believe both in the sanctity of life and women’s right to choice. I do not see these beliefs as incompatible. I am a designer, gardener, lover of language, and find most of my enjoyment at this stage of my life sharing time with my friends and neighbours. 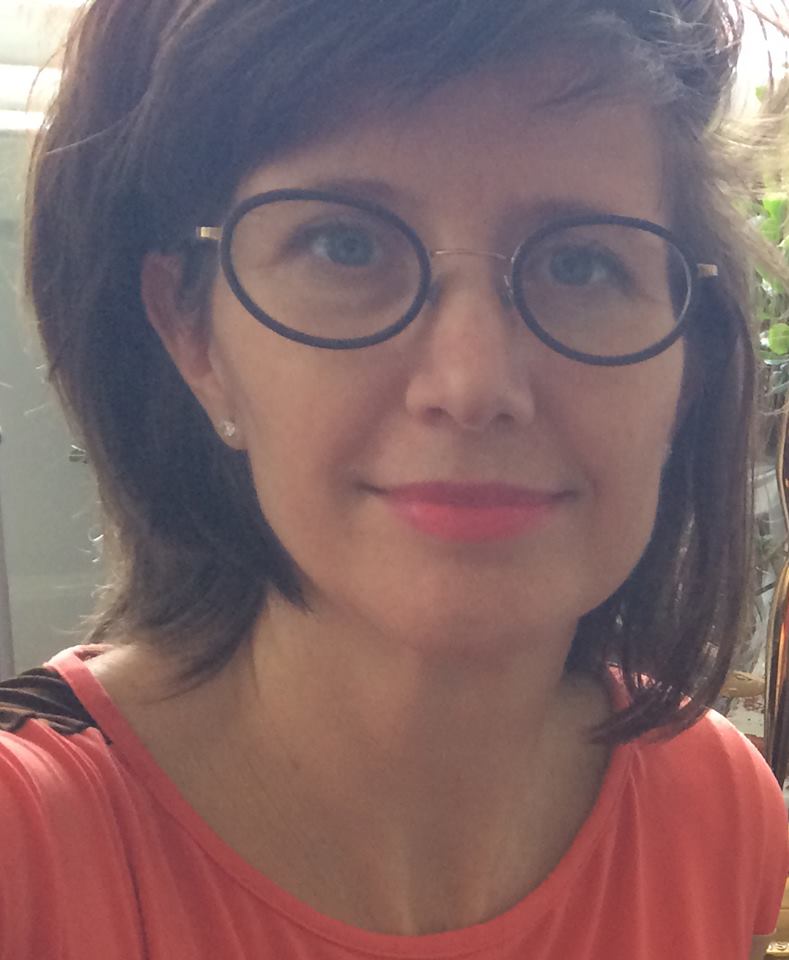 I married a man who increasingly isolated, berated, and physically abused me. What began as intermittent emotional outbursts with language such as “someone needs to put you in your place” and “all those men are looking at you” evolved into stalking, slamming my body into walls, and, ultimately, cracking my skull against a brick wall.

We had two children in quick succession which made the situation even more dire and more difficult to leave.

I woke up in a hospital bed with staples in my skull and domestic violence counsellors informing me of my rights to legal action. I had never before heard of domestic violence. I immediately filed temporary orders for divorce, but the road ahead was neither clear nor easy. Family and friends often did not support my “rocking the boat”; finances kept me very vulnerable and dependent; and emotionally I was still reeling from the cycle of highs and lows that had become my day-to-day norm.

However, I was consistent in seeking counselling, including group work that exposed me to the stories of others. I needed to know I was not alone in my experience and living a unique hell. As a natural introvert, the gaslighting component of the emotional abuse was one of my greatest hurdles to recovery. In the early 1990s, our culture was only beginning to awaken from centuries of entrenched misogyny that reframed my abuser’s behaviour as a failure of mine to be adequately loving and female.

Practical steps to escape included separating my finances, confiding in selected people so as to secure a safe means for escape, filing a restraining order and, most importantly, slowly removing myself from my abuser’s communication.

The Jeanne Geiger Crisis Center in Newburyport truly saved my life by providing the emotional support via individual and group counselling as well as legal advice, courtroom support and referrals.

In answer to this question I want to clearly state that this is a lifelong process. Of course, securing safety comes first and that stage does, thankfully, come to an end.

PTSD therapy worked and continues to work when necessary for me. Only recently, about 18 years later, have my panic attacks fully dissipated. The emotional and cultural rebuilding goes on. This occurs in our immediate relationships as well as our public dialogue and performance. Honesty, courage to tell one’s story even when it is not immediately accurately heard, and trusting, guardedly, again in the better nature of humanity was crucial for me individually and as a parent.

I also want to share that time has been on my side. The family relationships that were initially undermining my survival have since evolved in support of me, my children and social change.

Also: Do not allow your abuser’s voice any space in your mind.

The gender binary itself, as well as its most violent iterations, such as man as hunter and woman as prey, must be reframed if not dismantled. This is because this concerns often unconscious and unquestioned cultural metaphors of meaning and identity, I suspect change may best occur through art, both literary and visual.

I also believe empathy training and encouragement should be an implicit part of early childhood, if not ongoing, education.

The Pixel Project is shattering the silence which enables gaslighting. Victims can escape individual events and threats of violence, but will not thrive emotionally until they can reclaim the truth of their stories. And, an important part of that truth is that this is a widespread cultural phenomenon, not an individual’s challenge, success or failure.