Welcome to part two of our Inspirational Interview with Pragna Patel, a founding member and director of the Southall Black Sisters advocacy and campaigning centre.

Pragna has trained in law and has more than 35 years of experience in advocacy, policy and campaigning work with some of the most marginalised women in British society. She has been at the forefront of key case and campaigning milestones throughout the history of Southall Black Sisters (SBS) and was also a founding member of the pioneering Women Against Fundamentalism. She also has written extensively on race, gender and religion.

In this part, Pragna discusses SBS’s plans for the next 5 years as well as how men and boys and The Pixel Project’s supporters can support SBS’s efforts to end violence against women.

All photos are courtesy of Pragna Patel and Southall Black Sisters. 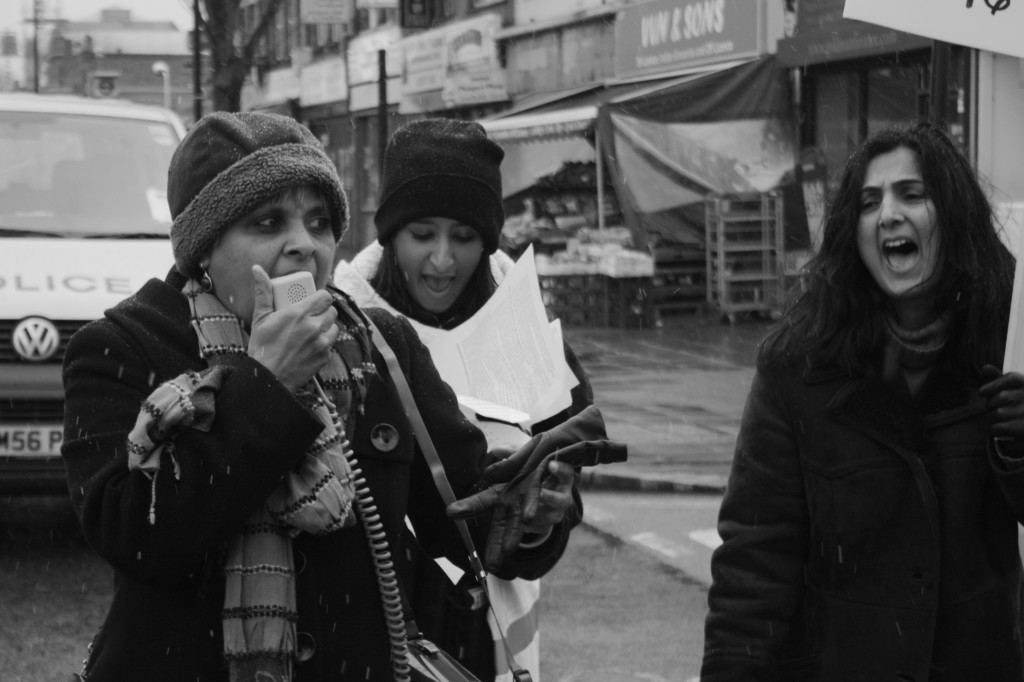 6. What would be your advice to individuals from conservative or traditionalist communities who are looking for ways to stop violence against women in these communities?

I have yet to come across traditionalists and conservatives who wish to stop violence against women, given that their aim is to preserve their power by maintaining the patriarchal status quo! On a daily basis, we have seen how religious and community “leaders” and elders intervene in cases of abuse to prevent women from exiting and to keep religious and cultural values in relation to the family intact. Through mediation and reconciliation meetings, they compel women to stay in an abusive marriage or face ostracisation, discrimination, violence and even murder for failing to conform to strict religious and social codes of conduct.

This is one reason why suicide rates amongst South Asian women in the UK are, for example, up to three times the national average. It is not religious and conservative leaders who have brought about changes in attitudes within and outside our communities but the women themselves who have stood up to their power and challenged the dangerous assumption that they speak on their behalf. It is the collective struggles of women and not traditionalists and conservative forces that will ultimately stop violence against women. Community patriarchs are the problem not the solution.

But to be truly effective, any programme of action for men must be based on feminist and human rights principles and must work in partnership with feminist organisations, adopting a multi-pronged approach. This means working within an education setting, in the community, and in the criminal and civil justice systems to reinforce safe and gender equitable environments in all communities.

In this country, we have seen perpetrator programmes for men, but none as far as I am aware are geared specifically for men within Black and minority communities that also address the specificity of their patriarchal cultural and religious contexts and dynamics. This is a massive gap that needs to be urgently filled.

8. Tell us about SBS’s plans for the future. What campaigns, programmes, or projects do you have coming up in the next five years?

I can highlight many priorities for us in the next five years, but the one that I want to mention is our campaign on access to justice (in its broadest sense). Lack of access to justice is one of the most urgent problems faced by black and minority women today. Their access to justice is curtailed by the state’s privatisation and austerity measures such as cuts to legal aid and welfare services. But it is also being curtailed by regressive religious forces in our communities who are mounting a wholesale assault on women’s rights socially, culturally, financially and politically.

We are witness to the alarming rise of religious fundamentalism and conservatism in South Asian communities and their growing encroachment, especially in education, social policy, community services and family law, all of which has a constraining and even life-threatening impact on the rights of the most vulnerable in minority communities, in particular women and sexual minorities.

So, we have embarked on a major campaign to ensure that the needs of minority women and girls are addressed by public bodies and state authorities by reference to a rights-based and not a religious-based framework as defined by unaccountable religious fundamentalist and conservative leaderships. We will campaign for the right of women and girls to take part in and shape the broader legal, cultural, educational and political life of the communities in which they live and in the wider society in ways that are grounded in respect for their rights, dignity and equality.

9. How can The Pixel Project’s supporters engage with and support SBS’s efforts to stop violence against women?

I think the best way that The Pixel Project can help support the work of SBS is to provide space to stories that would otherwise not be heard, especially those that emanate from the most vulnerable women within minority communities and whose rights are being traded off in the name of wider collective interests. The need of the hour is to break with the orthodoxies of the Right and the Left because they are often selective as to which wrongs to expose and which rights to uphold.

Although some of us prioritise violence against women, we know that we will not eradicate inequality and injustice unless we also try to link up with other struggles for social justice. By trying to forge alliances with other progressive social movements, we can bridge the gap between anti-racism, anti-fundamentalism, feminism and socialist left politics. But seeking solidarity and building alliances is a tricky business since it requires a feminist vision that is not shaped by who we are (in other words, identity politics) but on shared moral and political values. 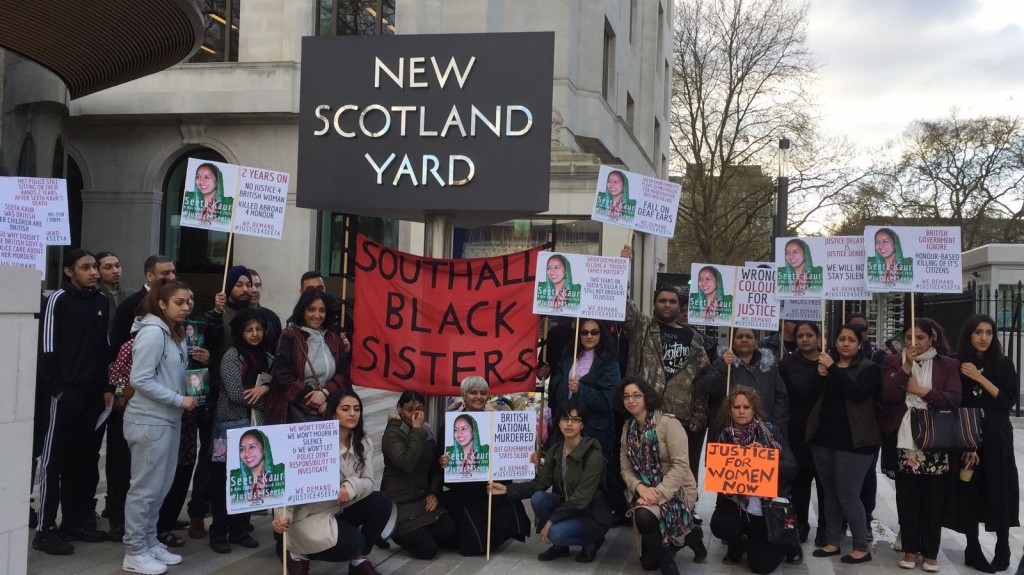