Welcome to part 2 of our Inspirational Interview with Jacqueline de Chollet, Founder of the Veerni Project.

Veerni is committed to make changes in the lives of these adolescent girls and give them a bright future. Child brides are a human rights violation. Veerni has been at the forefront of educating adolescent girls and child brides. Universal secondary education it is now a sustainable goal of the UN, by 2030. Let’s make it happen sooner so that a whole generation of girls will not face forced marriages and have the same opportunities that young women in the west take for granted.

You can read the first part of her interview here: 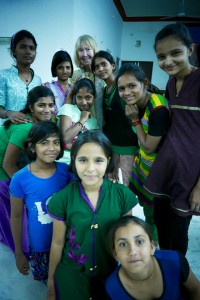 6. What advice or recommendations can you give to girls who are being pressured by their family and/or community into child marriage?

The problem is knowing in advance when these marriages will take place, as they happen secretly, mostly at night and girls are not forewarned. The police rarely intervene even if they know it is going to take place. When girls come to the institute aged 12, many are already married. Privately they will talk about it and express their despair at what happened to them. But hope exists as with education – and now increasingly higher education – their prospects improve as they will not be sent to the families of the husbands until at least the age of 21 or even later.

The hope is that in some cases these marriages can be cancelled. Additionally the chances of their marrying educated boys increases, thus improving their future life prospects. If a young woman is economically productive she will have the respect of her husband and his family. Marriage in India is almost universal and it is rare for a young woman to remain unmarried. Societal preference is strongly towards marriage and an unmarried woman can find herself isolated in Indian society.

The challenge is to ensure that young women can exercise choices in the matter of marriage, children and work; that they are empowered in the true meaning of the word.

7. How do you think men and boys in communities that practice child marriage can help stop and abolish this practice?

It is important to work with the fathers in the community but they are often powerless as these decisions come from the elders that govern family matters in village life. The elders are mostly illiterate and stuck in centuries-old traditions. The fathers tell us that when it is their turn to rule on these governing bodies, they will stop the practice. The exception for girls are poverty marriages where to escape the demand for a dowry, a girl will be married to a much older man. These are the worst cases and the hardest to cancel.

We have to keep in mind that the boys are married as children as well, so not consulted either. Talking about these issues with boys is important. However, boys in rural setting get more education than girls as they are still more valued by their families than girls.

8. Tell us about the Veerni Institute’s plans for the future. What campaigns, programmes, or projects do you have coming up in the next 5 years?

The main challenge for Veerni today and in the future is how to respond to the demand that the project has created. As mentioned, we refused 252 girls this year and there are hundreds more “out there”. Two weeks ago, 40 families descended on us unannounced asking why we were not accepting their daughters into the institute.

Veerni has to find a way to respond to the demands and scale up the project by replicating it and establishing more boarding facilities such as the institute.  The awareness of education exists now among lower castes as they see that it is a way out of poverty and that their daughter’s lives can change for the better. The mothers are key to this development as they want a better future for their daughters. This coming generation will not accept the grinding poverty that their parents experience. With education, all these communities will benefit.

9. How can The Pixel Project’s supporters, fans, and followers support the Veerni Institute’s work and efforts to end sex/human trafficking in general?

As mentioned, Veerni needs to expand its programme to accommodate the demand that it has created. Veerni needs financial support and creating awareness of its mission and success in changing the lives of adolescent girls and child brides. Adolescent girls in India and many other countries are no longer invisible and a force to be acknowledged. In the West we need to care more about them and give them the same opportunities that all girls in our societies take for granted.  We need many champions for these wonderful young girls!

Gender-based violence is one of the dark spots in humanity in general. But the prevalence of violence against women is all the more widespread in countries such as India where women have little hope and help to escape from it. It is near-impossible for a young woman married into a village far from her family to defend herself against violence and to access the police /9who, in many cases, would not even take her deposition if she was able to do so), or to access any organisations that could help her.

That is why education is key.  If a woman is educated and marries an educated man, her chances of avoiding a life of servitude and violence will be all the greater. We must all work together to make the changes that will ensure that adolescent girls in the developing world have the same rights, the same access to education, to health and to making their life choices than women in the West have. Only then will they have the capacity to fight gender-based violence. 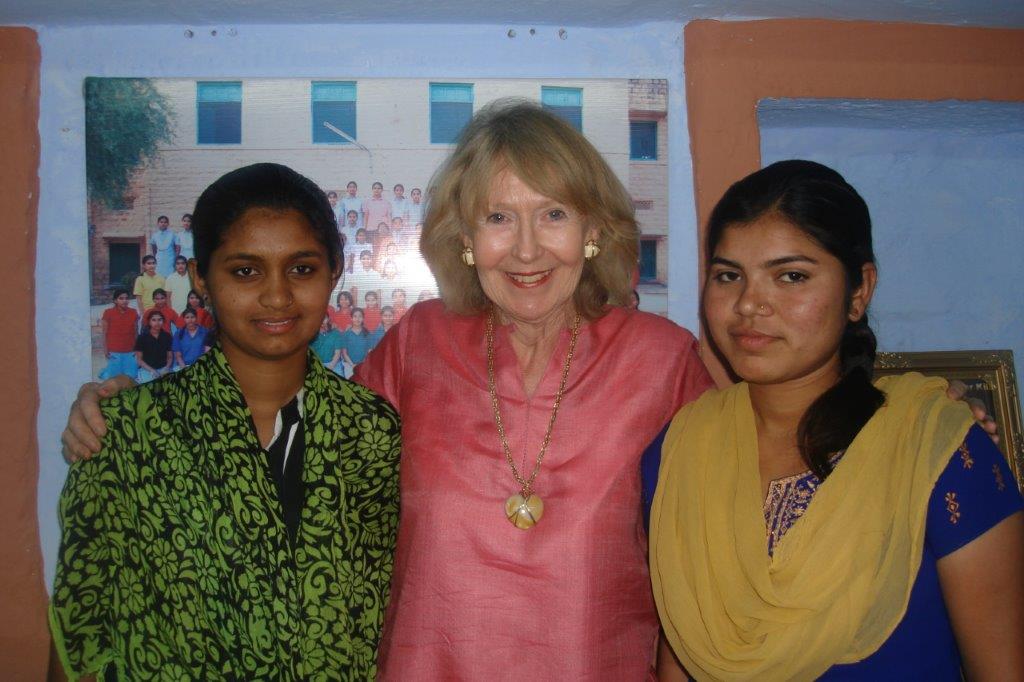