I’m a father of two and I don’t work a lot so I can spend more hours with my children. I’m a Youth Counselor, and I like anything eccentric. I love reading and drawing (it’s hard to find a space to do it) and I try to transmit all those hobbies to my children. I practice parenting with respect, at least as much as I can. Fatherhood is the best thing in my life and I talk about it with pride. 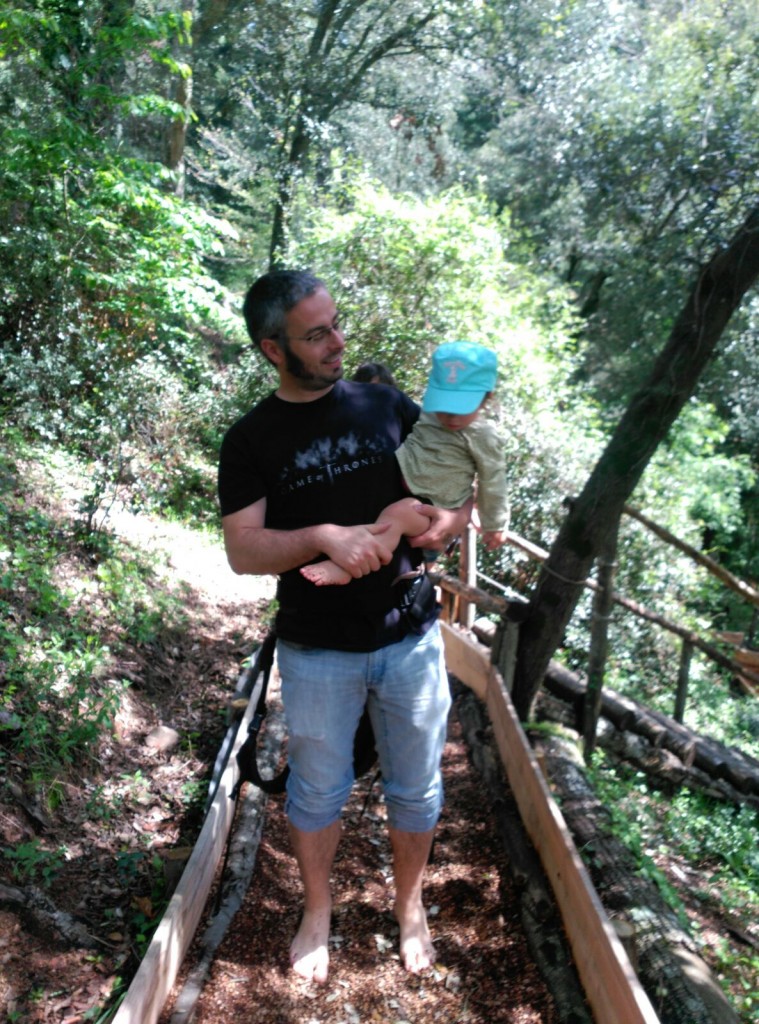 The best thing about being a father, as I see it, is to be able to help my kids’ imagination fly with no limits – to see the wonder in their faces every time they discover something new, to see their infinite curiosity, and to see that they learn every day and that they feel proud of their achievements, as little as they are.

To watch kids grow is the best experience we can have!

In my house, my father was the typical paternal figure who provided the resources, worked long hours, an gave up the day-by-day family responsibilities to my mother. Although he could be at home for only a few hours, he always took time to be with my brothers and me.

I don’t think he was a bad example because he always treated all women in his life with respect, but it helped me to try another type of relationship, especially when it comes to the family responsibilities and try to change that vision of the “male provider” and the “stay-at-home woman”.

I think the best way to transmit positive values is to make my children see that a relationship should not create dependency: to break the myth of the “other half”. I think dependency relations make people see ourselves as inferiors and take us to a road of bad relationships, where one of them feels superior to the other.

My son and my daughter should know that they don’t need a submissive partner to be happy, that way they will respect themselves and consequently will respect their partner, whatever gender they are. And the best way to transmit all those values is to see it every day in their parents’ relationship.