I’m a 46 year old computer programmer, currently living in the Philadelphia, PA area. I have two sons: Donovan who just turned 14, and Colin who is 11. Their mother and I were married in 1995 and divorced in 2015, but we’ve maintained an amicable relationship and do our best to co-parent together. She lives in the house we built together back in 2007, and she maintains primary custody. I FaceTime with my sons every night, and see them every other weekend. There’s been a few challenges in raising them besides the usual fatherhood trials and tribulations (Colin was diagnosed with autism at the age of 3, and Donovan had brain surgery to address his epilepsy when he was 11), but it’s been an incredible experience. 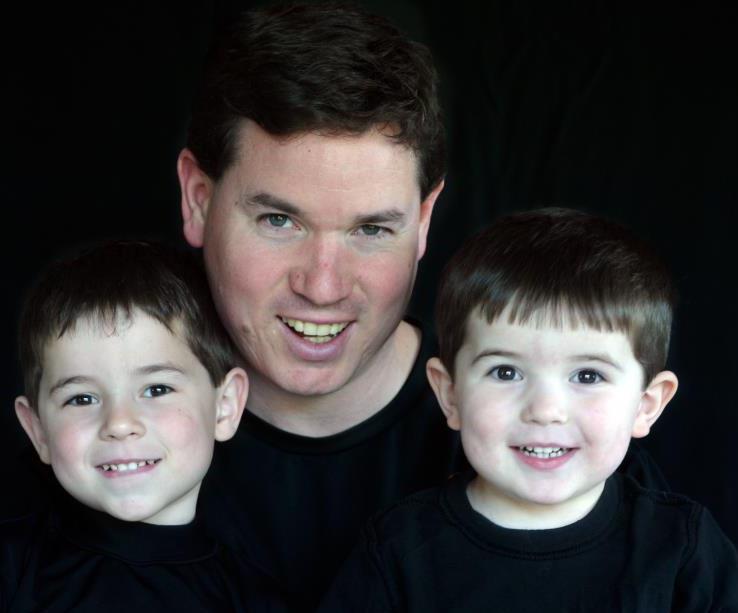 My favorite thing is watching my children turn into the people they are going to be. They are still relatively young (11 and 14), but I can already see them building the traits that are going to define them as young men and as adults. Colin has an immense intellectual curiosity, especially about science. Donovan has a well-developed sense of empathy, and a strong desire to fight against bullying and injustice – I only truly realised the scope of this after he visited the Holocaust Museum in Washington, DC on a school field trip last week. Every so often I worry that I’m doing everything wrong, but seeing them pick up and expand the best traits I’ve tried to pass down to them settles my confidence greatly.

My father taught me respect for women in the way he’s treated my mother over the years. They got married and had me very young, and I picked up early on that they both had their own struggles. But my father has shown infinite patience and understanding, and he absolutely dotes on her now that they’re in their retired years.

I also see the support he has shown my two younger sisters in everything they’ve done, from raising their own children to pursuing a career in elementary education, and I see the satisfaction and pride in his eyes when we gather for our weekly family dinners as he sits as the head of table watching everyone enjoy the food and the rather lively conversation.

My primary job is not as a computer programmer, it is to raise my sons into the men they should become: men who respect women, men who love women, men who will not hesitate to speak up when they hear or see something they know is wrong. I have taught my sons that violence is never the answer, even when you’re angry: at each other, at me, or especially at their Mom or Nana. It’s been made clear, in no uncertain terms, that raising your hand against a girl or woman is only something that villains (they relate well to comic book terms) would do.

I’m doing some of this by example in how I treat the women in their lives – their mother and Nana – with respect; and some of it by talking to them about headline grabbing gender-related issues that slip into their lives. For example: We had a 20-minute conversation last week about why some people think the new Ghostbusters movie is suddenly a controversy, and I’m proud to say that neither of them had the slightest idea why it mattered that the four main characters were female: “But Dad, who cares if it’s funny?” Who cares, indeed.