I’m the youngest of 3 boys, raised in a home where “us” was always the most important thing. Now I work at the family business, I have plenty of liberty and it gives me a lot of time to be a full-time father, taking care of and teaching my daughter as best as I can. I tell all my stories at www.tangdenaranda.es (link in Spanish). 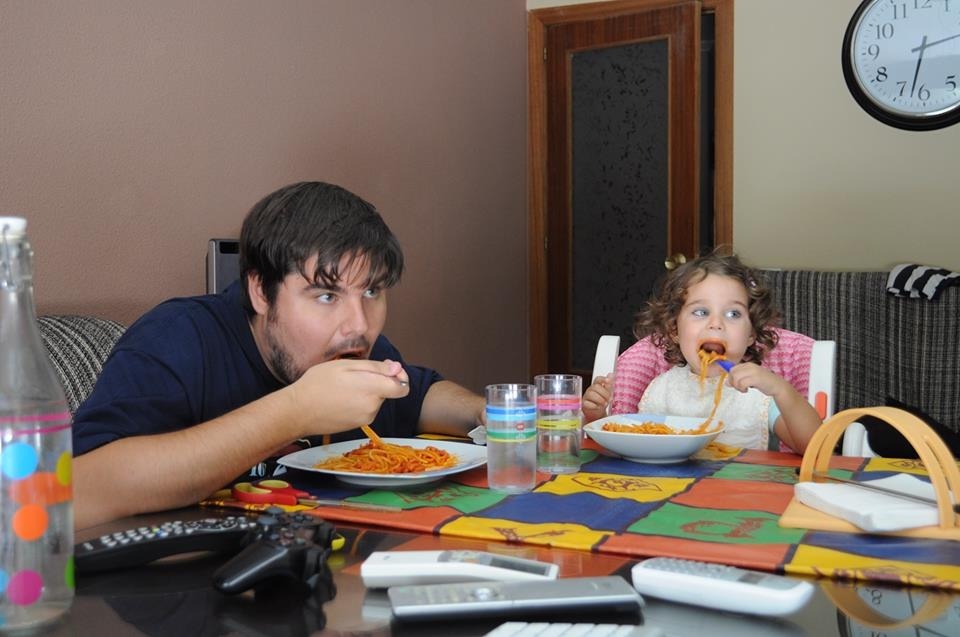 Thinking all my life that a person can’t change, and seeing that it only took having a daughter to change.

Since she was born, I think I have improved as a person, especially because, whether you like it or not (although I think I do like it), you are an example and for them and you have to give the best of you to raise a worthy human being.

And the best thing is that I never stop learning how to be better, not only with her, but with everyone around me.

My father is a hardworking man, he wasn’t home a lot but, somehow, managed to transmit very strong family values to me. Honestly I still don’t know what superpower he has!

My father’s relationship with my mother is not only based in respect, but in blind trust that both of them are able to deal with any situation because they are a team. And now that I’ve grown up, I know that between my partner (or any other woman) and I, there aren’t distinctions, other than even if I have a big belly I don’t have a baby inside.

It could be said that I already answered this question: To set an example, time and again, starting at home. By not treating mothers and daughters like the rose from Beauty and the Beast – a weak being that will fade just by us looking at her.

Boys and girls have to learn that there are no differences between them an that everybody has the same value so boys don’t grow up with a mistaken assumption of superiority, and that girls learn that being treated violently is not normal.