I am the General Manager (Technology and Business Transformation) for the South Australian Chamber of Commerce and Industry. My career has ranged from being an Administrative and Diplomatic Officer with the Ministry of Transport in Malaysia to working as a Senior Legal Counsel and Information Management adviser with DiGi Communications in Malaysia. I have a son who turns 9 on August 2016 and a daughter who just turned 2 in January 2016. My son lives in Malaysia with his mother (my ex-wife from my previous marriage) and my daughter (from my current marriage) lives with me in Adelaide, Australia. My son and I have been physically separated for almost 5 years and I spend all my holidays travelling back to Malaysia to spend time with him. 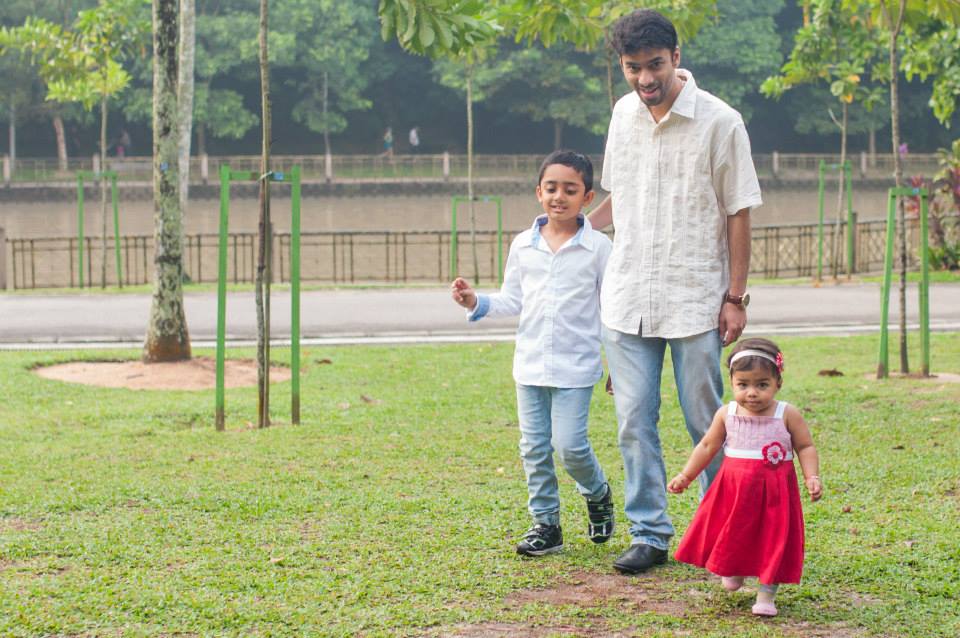 The best thing about being a father to a child is the negation of the letter “I” from the equation of life. As an individual, we always focus on ourselves, be it for survival, success or gratification. However, when a child comes into your life, you are always consciously and unconsciously doing things in consideration of another (the child) as a result of the love that naturally flows in having a child.

You forget yourself and you get immersed with the joy, energy and liveliness a child brings into your daily life. Whether it is a bad day at work, sickness, or some form of suffering I am experiencing, the smile, chatter and hug from my child liberates me from my worries. My kids are my pride and joy; and my role is purely to love them without any expectations from them, be it now or in the future.

My father was a soldier in the Malaysian army and has always taught me to be very independent and to guard against any social bias. In my family, there was never a scenario where only the women had their specific roles – we all did: my dad, brother, my sisters and I did all the household chores and the question of gender never came into play.

My father has always wanted his daughters to be independent and never interfered in their decisions – good or bad. He is always there when counsel and support is needed. My late mother and my step-mother possess(ed) very strong independent characters, none of which were held back in or by my father’s presence. Respect applied both ways is a key factor in relationships.

Violence in general, including violence against women, has an endemic presence in every facet of society. Violence is rooted in the compulsion to do harm against one pocket of society over another for the sake of maintaining gender, ethnic, national, or social superiority. It is a matter of us wanting to recognise it. One of the greatest steps we all should take as a society is to not recognise the male gender as a condition for social supremacy.

The conditioning of individuals towards violence (for moral or amoral reasons) starts early in the family and this is where it should stop. Children follow in their parents’ footsteps – sons mimic their father and daughters mimic their mothers. Encouraging independent thought in children – as opposed to blindly following social and gender norms – is the solution. You will be surprised what children come up with.