Barry Caldwell has over three decades experience in the music, film, and television industries. A former Polygram recording artist, he has directed two music videos, a cancer documentary, a commercial that aired in five countries, and the award-winning suspense thriller, Reflections. He has worked with filmmakers Quentin Tarantino, Jon Avnet, Rodrigo Garcia, Eli Roth, Vicky Jenson, Allison Anders, and Miguel Arteta on over 50 feature films, including Ride Along 2, Sinister 2 and Cabin Fever. His television credits include Key & Peele, Grey’s Anatomy, CSI, Ugly Betty, Alias and 30 Rock. He is currently in development on his first screenplay. 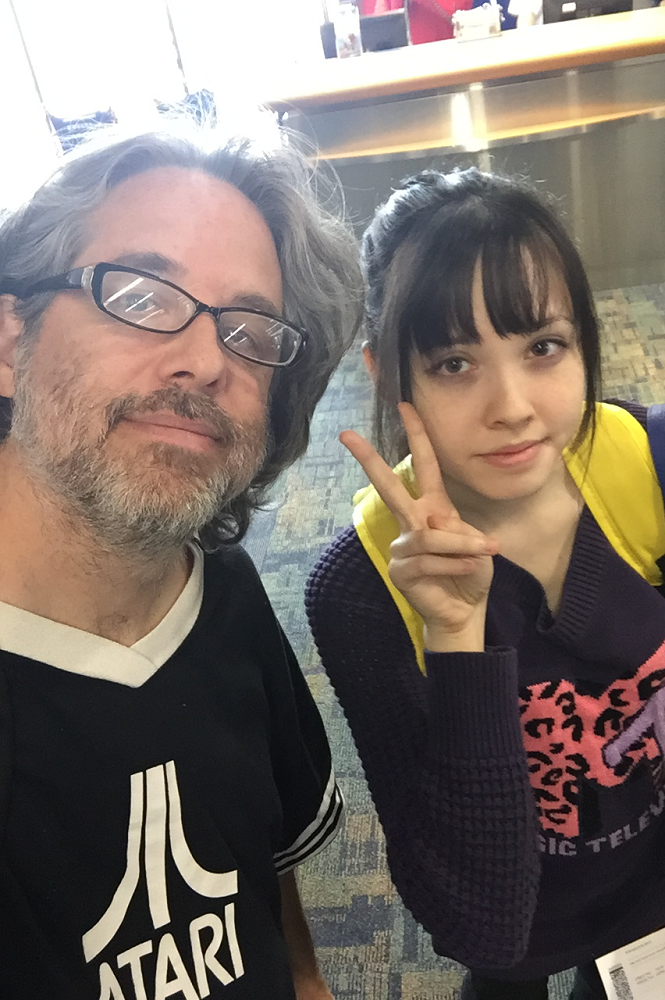 The best thing about fatherhood is hearing your child laugh. The first time I heard my daughter giggle when she was still tiny, my heart exploded. To this day, making her laugh is still my favourite thing in the world.

Watching her grow into an adult and pursue her dreams is the most satisfying feeling. My parents worked hard to give me opportunities they never had; I’m thankful I am able to do the same for my daughter.

My real father was ahead of his time. In 1967 he encouraged my high-school dropout mother to return to school. He stressed the importance of education, telling her that a woman shouldn’t set herself up where she needed to rely on a man for survival.

My mother not only earned her GED, years later she went on to college and received an Associate’s Degree in Real Estate. She is now a very successful real estate broker and property manager, owns several investment properties and has built a net worth of over a $1 million.

My stepfather was a simple man who had no patience for men who were cocky. He taught me the more noble side of old-fashioned thinking – that men were required to protect women, that if a man saw a woman being attacked and did nothing to help, he wasn’t much of a man.

Boys need to be taught that girls aren’t “yucky” – that’s a clichéd and tired trope entertainment uses that went out of style decades ago. They need to see girls playing sports, serving in the military, running for public office, running corporations, being in charge. Exposure to these role models will set a benchmark for when they mature.

While we have made progress in removing patriarchal attitudes about women being the “weaker sex,” boys also need to be taught if they witness rape, abuse, or even a man giving unwanted attention, they need to be taught to stand up and not ignore it, and certainly don’t just watch and record it on their cellphone.