Alex Yarde is a husband and stay-at-home father living in New Jersey. He currently writes and edits an entertainment & pop culture column for The Good Men Project entitled ALL THINGS GEEK. In earlier times, you could find Alex in New York City teaching outdoor education to the great kids from Erasmus High School in Brooklyn. Today, you can find him on Twitter at @thatalexyarde 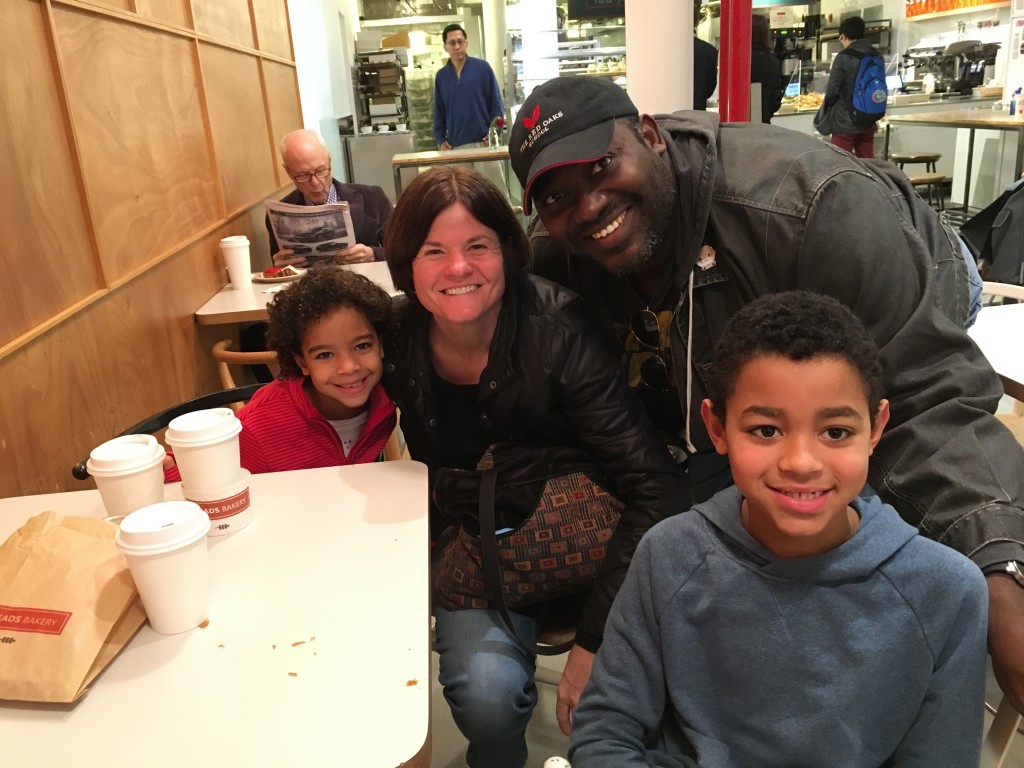 My wife and I decided when we had children one of us would stay home. I was a teacher and she is a corporate lawyer so it made most sense for us for her to return to work. I’m grateful because I think many men miss out on the day-to-day caregiving and this is time you never get back.

It’s remarkable and humbling to be someone’s dad. You’re really never “ready” for the awesome responsibility. It’s the toughest and most rewarding on-the-job training there is: watching your children grow and learning from them as much as you teach them. It’s a blast witnessing them become themselves. They’ve taught me to be more responsible, more patient, more kind, and to remember to look at the world with a sense of wonder I think many adults tend to forget as the years creep by.

I’ve always loved geeky things – drawing, writing, comics, obscure films, rare books, science and science fiction, hiking. These are passions I share with my kids. They love dancing, gymnastics and my son has inherited my father’s love of the sea and swimming, and now that they’re older they keep me on my toes.

I’ve enjoyed becoming the man that I was forced to become by raising my children.

My dad was a professional cricketer on a small Caribbean Island in his youth, so he was a local celebrity. He told me stories of how he grew up hardscrabble in a small fishing town, and about his mother – the tough-as-nails grandmother I never met. She was a fishmonger who could pilot a boat and cast and haul a net as good as any male fisherman. Like most single mothers, she had to be tough to keep my dad out of trouble. As hard as she was, he loved and respected her very much.

My dad was a feminist long before they had a word for it. My parents were partners in all things, they worked hard and each sacrificed so one could always be available for me and my older sister growing up. He was a customs officer and worked nights, my mother was head nurse of a pediatric NICU and worked many different shifts. He prepared lunches, took me to school, did laundry, and cooked dinners. There was no stigma or shame in household work that had to be done.

The best thing for us kids growing up was seeing our parents as partners working toward a common goal. It’s also how my wife, another woman in my life I love and admire, maintains our household.

I think dads need to lead by example. Parents are their children’s first teachers and it’s important that children see their parents treat each other well, especially in times of stress. Show them how to resolve conflicts non-violently and especially without misogyny.

I believe boys have the same desire for connection and close friendships as girls. However, many of our cultural norms of masculinity are hurting rather than helping boys find what they need and want. To not allow a boy healthy expressions of emotion is to frustrate them, hobble them emotionally, and worse, to rob them of the ability to express themselves in any other way except violently. If the only tool you have is a hammer, then everything starts to look like a nail. We need to foster their individual ideas about “manliness” and acknowledge there are as many was to “be a man” as there are stars in the sky.

I also think there are harmful cultural lessons in the messages kids get from mass media about gender roles that should be challenged and discussed whenever they arise. I do what I can to educate and inform through a thoughtful look at arts and entertainment with my column; I also address gender bias in pop culture whenever I can because you can’t solve a problem you’re blind to.