Our fourteenth 2016 Survivor Stories interview is with Adishi Gupta from India.

I am currently a writer and content editor at FeminismInIndia.com. I am a feminist clearing the air around feminism and envisioning a society sans gender bias. I am also a student and lover of English Literature, the latter because it lets me chase the imaginations of my mind and adds a spark of resonance in my life. Constantly chewing on new ideas that hit me, I am fidgety about knowing the depth of them. My people, music, and food get me going. 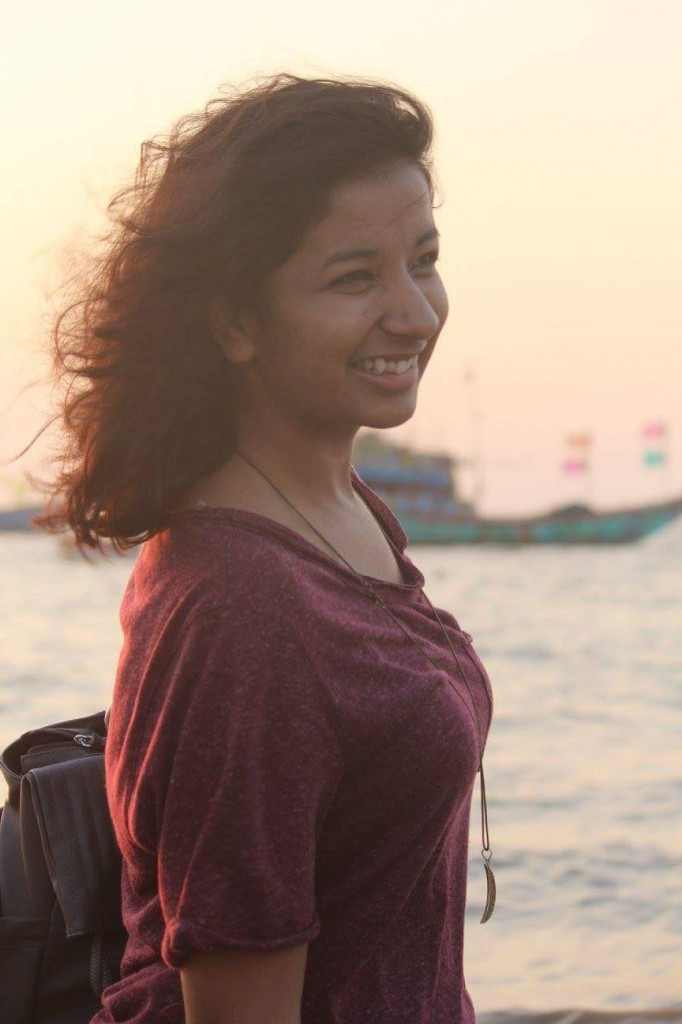 I undergo street sexual harassment on an almost daily basis: I have been ogled at, felt up inappropriately, called names like “sexy”, and have received creepy flying kisses from random strangers on the road and in public transport.

And six months ago, I was sexually assaulted while I was unconscious/asleep.

Initially, I was unconscious and thus, unaware. But when I finally started to realise what was happening to me, I froze. It took me almost an hour to get up and stop the abuser.

Since the day it happened, I have been trying to write about it but have been constantly choking on the words. Finally, after about ten days I managed to pen it down in a poem and that felt like one of the first victories.

After that, I made sure that I wore the hoodie (which I was wearing that night) on happier days with my friends and family to get rid of that tangible reminder of that night. I also made sure that I constantly communicate with people about how I was feeling and gave vent to my frustration/anger/sadness.

First and the foremost, it is very important to reclaim the lost sense of agency over your body once you have been assaulted. Your body is still yours and will be yours no matter what.

It is also important to make sure you vent your emotions/feelings until you feel that you have made progress with healing from that moment of horror. Continue to do so even after that as part of your healing process.

Finally, make sure you give yourself the freedom to act accordingly for your healing process. Nobody other than you knows what is best for you. It is important to make your process/way of healing the way you want it, regardless of what people might think.

Sexual violence against women can be curbed by getting rid of patriarchy. Everything that impinges on and violates women’s and other marginal identities’ sense of agency is because of patriarchal systems that give privilege to the phallus over anything else. It is time we start teaching consent related topics to people before any more women fall prey to the male sense of entitlement.

I support The Pixel Project mainly because of their unique campaign ideas. For example: their 16 For 16 campaign has an annual list of 16 songs about VAW which is a special and a unique way to help survivors stay strong. Anti-VAW organisations like The Pixel Project are pivotal in initiating discussions around the topic, thereby giving a voice to survivors and enabling them to be free of any guilt/shame imposed on them by society.