Welcome to the second part of our interview with Jasmeen Patheja, founder of Blank Noise, a global community of ‘Action Heroes’ united to eradicate sexual and gender based violence by building testimonials of sexual violence, creating projects to tackle fear, build trust and empathy.

All pictures courtesy of Jasmeen Patheja and Blank Noise. 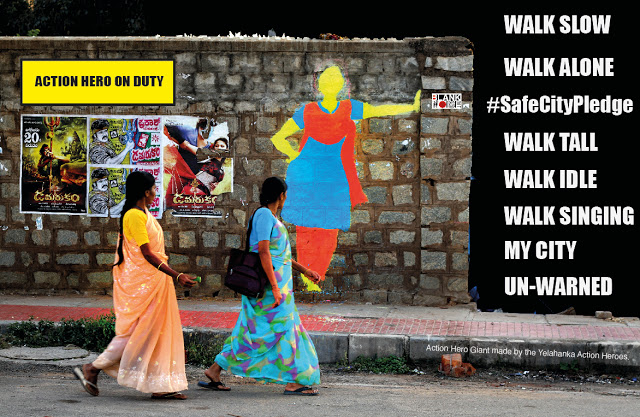 6. Blank Noise does not speak to perpetrators and victims alone, but also passers-by. Through the Safe City Pledge, participants pledged to make changes in their cities and lives to stand up to crimes against women. How did the Safe City Pledge begin and what responses did you receive?

Safe City Pledge was created as a response to the Delhi Gang Rape in December 2012. It was based on the premise that every citizen, individual and Action Hero has the ability and power to build a safe space. The campaign calls for a 360 degree approach to building safe spaces. It urges individuals and citizens to step outside the blame game and take ownership of the issue sexual violence. The campaign galvanised citizens across roles and professions to take a very personal pledge that is both self reflective and self confrontational. Each pledge was unique and from the position of the pledge-taking ‘Action Hero’.

Several Action Heroes took the pledge to unlearn fear, take risks, and not give in to the paranoia around safety and danger. Hence what would a school teacher pledge? How could a film maker pledge to construct masculinity and femininity? What would the police pledge? Can the police pledge to work on restoring building public trust? It emphasised that every individual and citizen had a small step to play, to create a big change. It signalled the start of a conversation around ownership and responsibility, accountability.

Since then #SafeCityPledge has built tweetathons, facilitated workshops in schools, colleges and work environments and has a page on Facebook .

We were creating street actions between 2005- 2008 ( Being Idle) . Our Action Heroes would report change. They would talk about how they are now walking in the middle of the pavement and getting space. This informed and inspired me to write the Step By Step Guide To Unapologetic Walking. It is about affirmative action. It is about questioning warnings that have been taught and transferred. It is about writing your walk and your song. For too long women and girls have been told and cautioned how to walk, sit , stand, and “ Be careful.” Step By Step Guide To Unapologetic Walking is not seeking to be invisible, nor ‘asking for it’. It is about imagining, desiring, and making happen; that kind of walk.

Most girls are raised in an environment of warnings, that says “ be careful…don’t attract attention to yourself ,” which goes on to imply and message “ if you experienced sexual violence/ gender based violence , you were not careful enough. you were in the wrong place, wrong time, and wrong clothes. You asked for it.” We see that climate around us right now; and putting the onus of safety on women and raising women and girls in an environment of warnings only furthers a climate of fear. Instead we need to examine and deal with fear itself. The Step By Step Guide To Unapologetic Walking steps away from fear.

8. Talk to Me, which won the 2015 International Award for Public Art, had volunteers, also known as Action Heroes, sit with strangers and have an hour-long discussion over refreshments on a street in Bangalore, once nicknamed the “Rapist Lane.” Can you tell us how Talk to Me developed and why empathy is an integral part of building safe cities? (http://architecturenow.co.nz/articles/bold-courageous-and-compassionate-winner-of-the-2015-international-award-for-public-art/)

Talk To Me was located on The Safest Lane. It was first created in 2012 during a month long ‘Action Hero’ workshop with students at Srishti Institute of Art Design and Technology in Bangalore. Prior to Talk To Me, students had already enrolled for a month long process on how to be an Action Hero. Srishti is located in Yelahanka, so students took on the identity of ‘Yelahanka Action Heroes.’

The Yelahanka Action Heroes team did a range of projects from mapping safe and unsafe sites in the locality, to interviewing the local police. They kept referring to a stretch of road near campus as the ‘Rapist Lane’. This led to a site investigation: streetlights did not work. There was no commercial activity besides a cart that passed by at 4 pm. We learned that there had been several incidents of molestation, and it was established as unsafe.

We pledged to call it ‘The Safest Lane’ instead, to shift our relationship with it. Talk To Me was proposed as a project to the Yelahanka Action Heroes. The idea involved setting up tables and chairs on The Safest Lane, and engaging in a conversation with a stranger for an hour, over tea and samosas. The team was instructed to talk about anything except sexual violence and, at the end of the conversation, exchange a flower. Passersby were invited to become fellow Action Heroes by participating in the project. Talk To Me revealed connections between building familiarity and feeling safe and experientially linked- conversation, connection and empathy. Kindness in seeing and being seen. Kindness in listening and being heard.

Being an Action Hero is an ongoing process. Talk To Me, has been built three times, with the next event scheduled in 2016.

9. How can The Pixel Project’s supporters engage with and support Blank Noise?

Through a number of ways! We welcome individuals , organisations, and communities that would like to step into the I Never Ask For It campaign because that is what we will be working on for the years ahead. Pixel Project supporters can contribute towards building testimonials for INAFI clothes project, join us with research and action towards the Reporting To Remember project, and apply to volunteer or intern. All of Blank Noise has been built on the participation of communities and the public. We look forward to hearing from the Pixel Project community.

We can end violence against women through multiple sustained and collaborative approaches that strengthen the effort and through conscience raising. We cannot end violence against women if we seek protectionist approaches. Segregation is not a solution. We need to move towards inclusive spaces that are diverse, plural, and can be empathetic. Imagine : Women take agency without apology or permission. 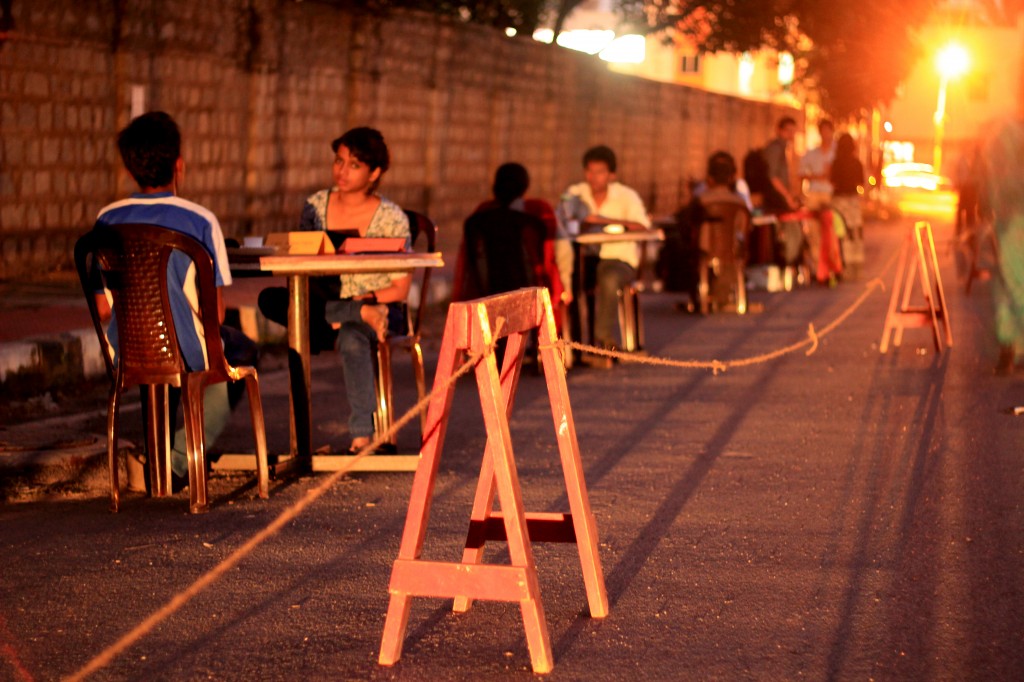