I’ve blogged for The Guardian, contributed articles to Third Sector and PR Week, and I have spoken at conferences, seminars, and tweet-ups on building relationships with journalists and how to use social media to amplify communications. I am also a ‘box fresh’ dad! 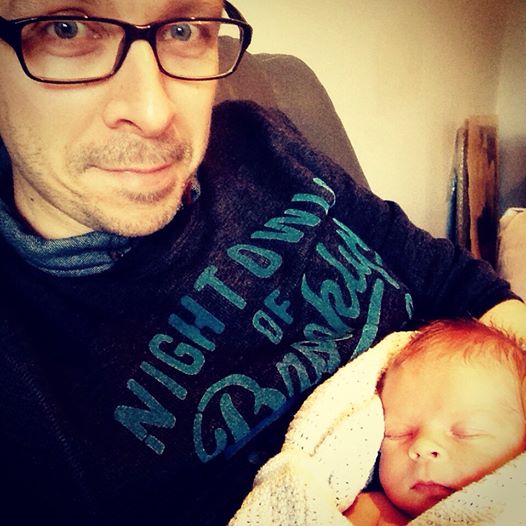 It’s extremely early days, as my son Ethan is a month old, but the sense of responsibility for raising a boy to be respectful, moral, and happy is already palpable.

I am looking forward to being a father in the sense of providing support and guidance and also independence.

My father, like me, has friends who are women, and likes women including co-workers, relations, and friends, so growing up I didn’t distinguish between female and male role models, whether they were filmmakers, artists, songwriters, or business owners.

When I went to school, I actually leaned towards having more female friends as I found there was no ‘machismo’ and I could talk about what I was feeling and thinking. In early education settings, when young men are typically finding their way, though, my male friends would use team sports to bond, but I had no interest in that.

I think it’s about setting the scene early. Children have no religion, pre-judgement, nor prejudices. They learn their identity from their parents, wider family networks, and later through peers and social groups. So, like my experience with my own father, if you grow up in an environment which fosters a celebration of talent, achievement, creativity, and individuality, irrespective of gender, little boys will grow into men who respect everyone.

Yes, there are daily influences which reinforce stereotypes and negativity, but a song on the radio, a bad movie, or a video game can be distinguished from how to live your life by a good role model. Being present and a positive force in your child’s life, particularly as a father to a son; promoting friendships and role models of both sexes; and having positive women in your life; can help to raise real men with the self-respect not to harm women.