I was born in the UK but have lived in Malaysia for one third of my life. My wife and I meet while at University where I was reading Chemical Engineering and she, a BSC in Psychology. We got married two weeks after graduation but it took me three years to persuade her to have kids. We now have two sons and a daughter, aged 12, 10, and 8. I currently work for an international nursery and baby product supplier while my wife stays home to home-school the kids. 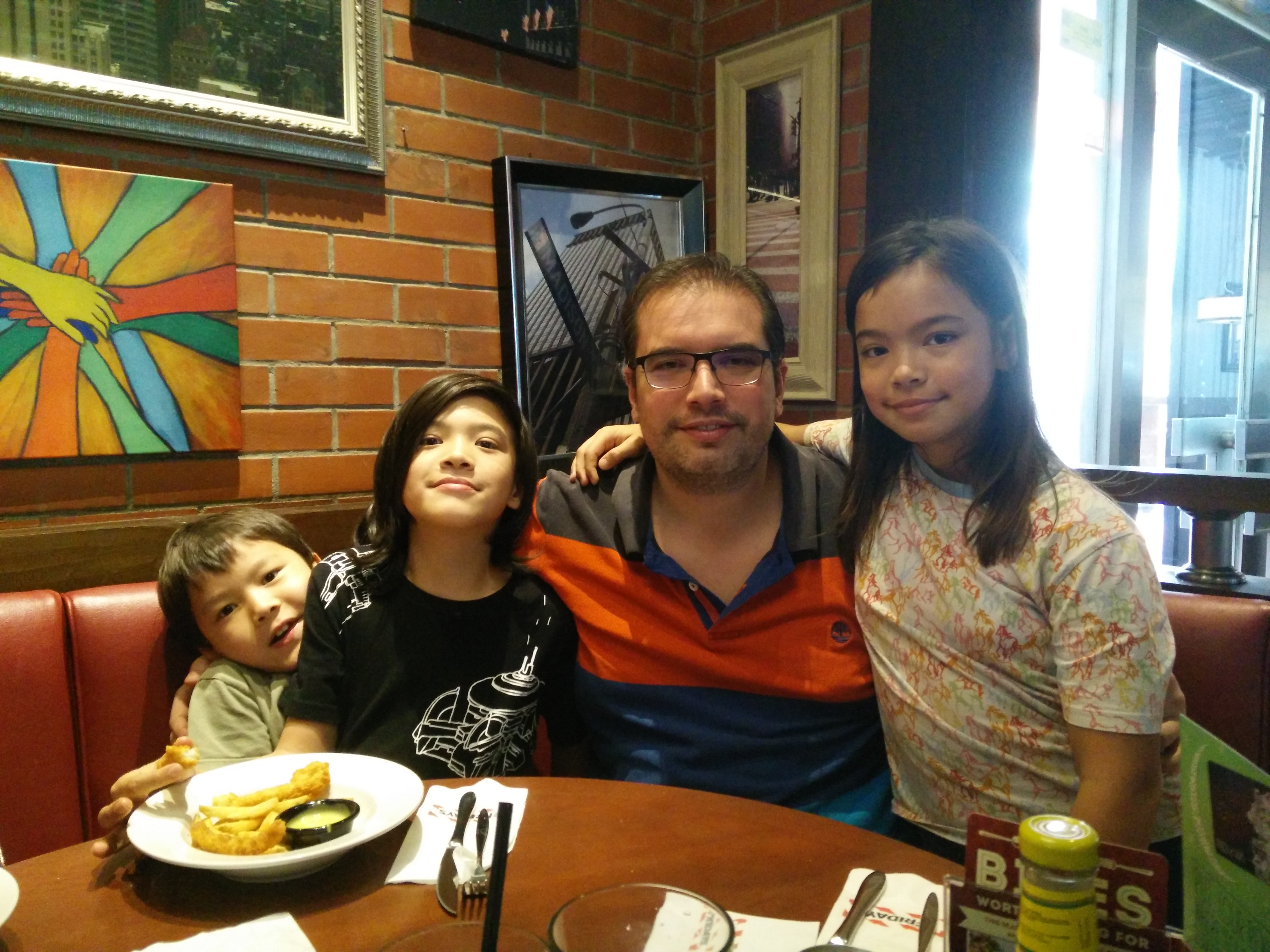 Holding them as little tiny babies and knowing it is my responsibility to nurture and protect them. Then, watching them grow up into interesting little people with ideas and thoughts of their own. They make coming home extra special. Learning that what they really want is my time and attention, and the more I put in, the more rewarding it is.

I have only one male sibling but watching my father interact with my mother really set the tone for me. I never saw him behave aggressively towards her. The language that he used remained respectful and at no time did I ever feel he used his strength or earning power to gain the upper hand. He valued her staying home to raise us and her contributions to our family.

Set a good example for our sons and peers. Don’t be ashamed to appear less macho by speaking up for women. Talk about the issue and make it clear that violence isn’t okay. Challenge those who violate women. Validate and support the victims. It is helpful for them to hear from a man that they do not need to tolerate this kind of behaviour and that violence against women is not the norm.