I’m a pilot in the military, I play guitar and I’m a dad to an adorable little 1-year-old girl. My daughter is spunky and hilarious and, as someone very accurately described her, willful. She makes me smile every single day and absolutely completes our family. I can’t wait to see what kind of person she grows up to be. I’ll love her no matter what, but if I had my choice, she’d be a kickass rock star. 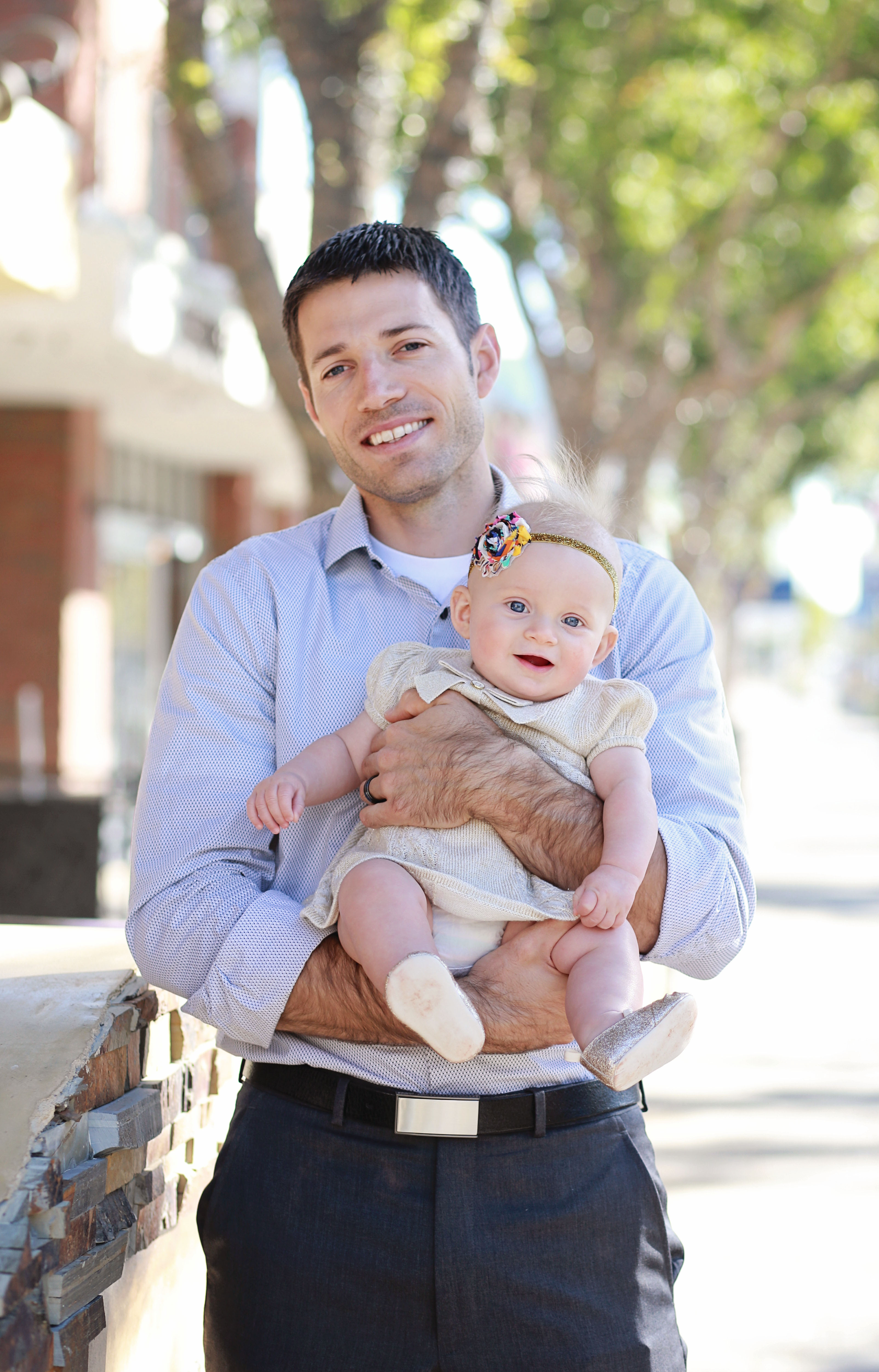 I want to say the best thing is to come through the door at the end of the day and my daughter has this big smile on her face and she crawls at lightning speed toward me. You can’t beat that. But on a deeper level, the best thing about being a dad is watching my daughter grow up before my eyes and realising you can have a positive impact on her life. I love helping her learn new things—little things like how to turn on a light switch, play catch with a ball, stick her tongue out, or identify where her nose is. The look of excitement when she gets it – being a part of that is amazing.

My dad taught me that you treat others with respect. It was just automatic. I could see it in how he treated my mom and my sister—he was always very caring and loving, and he’d talk them up all the time.

He was in the military, and when he’d come home from a three- or six-month long deployment, he would say how proud he was of my mom, being able to take care of the household. He would always say how smart my sister was. Subconsciously, I know I picked up on that. You can build women up with words.

If I have a son someday, I’ll teach him that women are strong. This notion that you can say, “You throw like a girl” or doing something “like a girl” has a negative connotation—that’s just incorrect. Those kinds of statements promote the idea that men are superior to women, and I don’t support that.

It’s also teaching boys to have courage when they’re in very male-dominated situations when men tend to talk about women like objects, like sports teams or the military. It’s teaching boys to have the courage to stand up and offer a different opinion, to change the direction of the conversation rather than just going along with what everyone is saying.