My name is Nick Salvadore. I’m a software engineer at Name.com, where I’ve worked for the past three and a half years. I enjoy watching baseball, eating cookies, and slowly fixing up our 90 year-old house that we have owned for nine months. The majority of my free time is spent playing with my son and daughter; usually wrestling in the living room or kicking around a ball in the back yard. 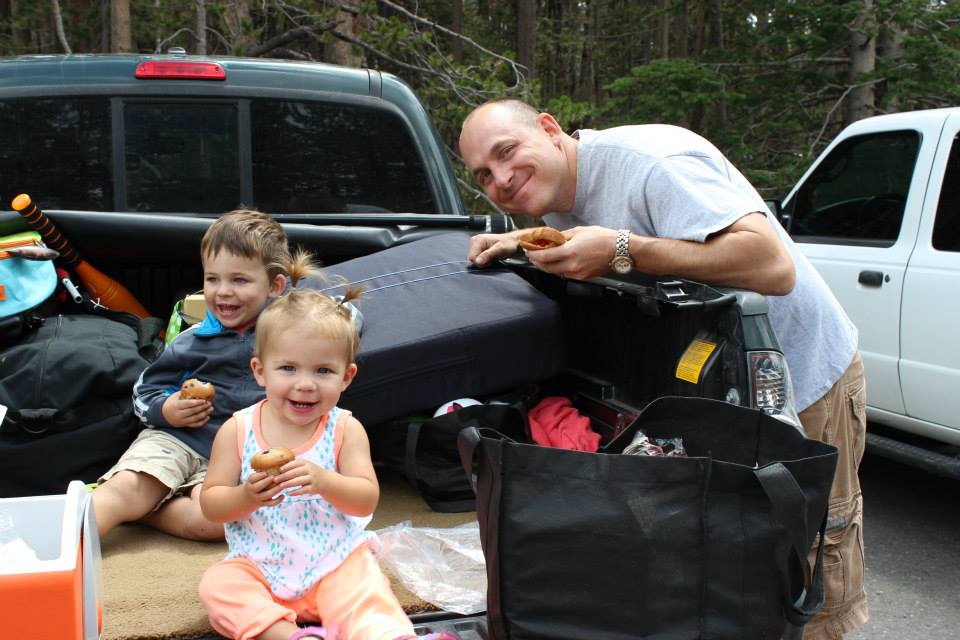 The best thing about being a dad is coming home to two smiling kids who are almost jumping out of their skin because they are so happy to see me.

I inherited my dad’s introverted personality, which probably explains why I ended up as a software engineer. I’ve spent the majority of my life intimidated to talk to anybody, especially women. I think the big impact my father had on my views of women was watching him interact with my mom. He was always very respectful and occasionally would surprise her with little things or with gestures that showed he cared. Like all married couples, they would argue occasionally, but there was never any name calling and both would let the other fully voice their opinions and views.

I think the best method is to simply lead by example. It can be little gestures like opening car doors for their mothers or holding open a door at the store for a woman who has her arms full. It’s always amazed me how one small event can have a giant impact if it occurs at the right moment.