Craig Wilkinson lives in Cape Town with his wife and 2 children, Luke (21) and Blythe (18). He is a TEDx speaker and author of the book, “DAD – The Power and Beauty of Authentic Fatherhood” which he wrote after receiving a letter from his 18 year old son thanking him for all he had done and meant to him as a father. Craig runs a non-profit organisation called Father A Nation (FAN) and gives keynote talks and workshops on masculinity and fatherhood. He can be contacted at craig@fatheranation.co.za or through his website www.craigwilkinson.co.za The DAD Book can be reviewed at http://bit.ly/DADBook or ordered online at http://goo.gl/tTSqJ4 . Craig’s TEDx Cape Town talk can be viewed at http://goo.gl/fUFQCJ. 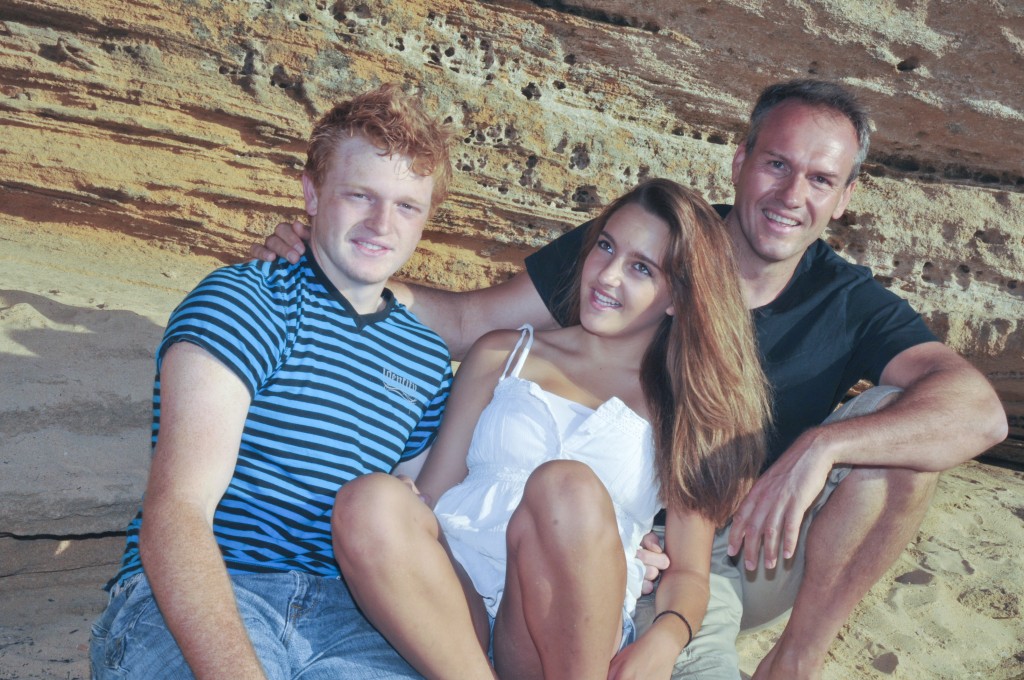 There are so many wonderful things about being a dad. Becoming a father birthed in me a love that I had never before experienced. It showed me what unconditional love means and gave me a greater sense of meaning and purpose than I had ever known before. Without doubt my children have been the single biggest inspiration for me to live right. Watching them grow and thrive and become whole, free thinking, loving adults has been the greatest joy of my life.

Being a dad has made me a far better man. Knowing that two wonderful human beings look to you as the most important man in their world is all the motivation I need to be the best I can be for them.

I agree with the statement that a father is his son’s and daughter’s first role model. What he does with this great privilege plays a huge role in how his son will treat women and what kind of behaviour his daughter will accept from men.

As with any man my father had a big influence on my life, some good and some not so good. And like every man needs to, I had to learn to take on the good and deal with the wounds caused by the bad. One of the good things my dad modelled was his loyalty and commitment to his wife and family and I’m very grateful for that.

The first and most important thing that fathers and role models need to do is demonstrate by their lives the value of women and how to treat them with honour and respect. To do this well every man needs to look in the mirror and deal with any wounds he has to his masculine soul and any misconceptions he has about true masculinity.

Secondly he needs to teach younger men in words and actions how to be a gentleman and treat women. Real men use their strength to love, serve, protect and provide, never to abuse or dominate or take what is not his to take. This is a message that men need to give to the younger generation by what they say and what they do.