Munish Jauhar is the CEO/Founder of GrayCell Technologies Exports which he founded in 2004. Today, GrayCell has grown exponentially with a list of Global 2000 clients. Graycell is also an award-winning champion of Corporate Social Responsibility (CSR), providing strong support to initiatives like holding blood donation camps, tree plantation drives, charities for orphans and women in need. An avid collector of both modern and contemporary Indian art, Munish’s other interests include reading, fish keeping, music and birding. He is married to Gurpreet and they have two daughters Bisr and Hunar. 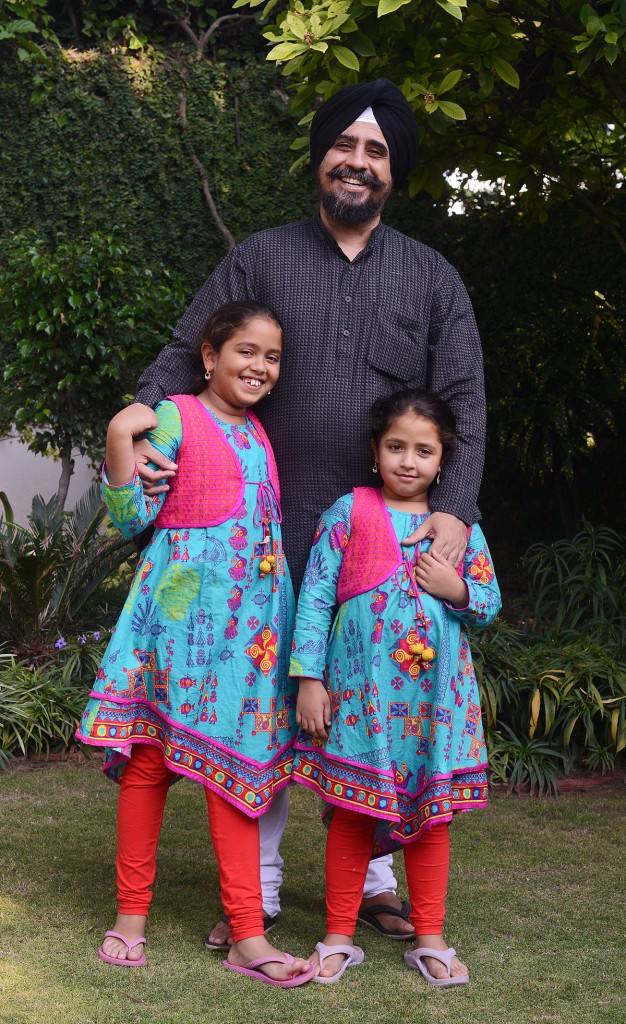 That is a very tough question to answer because I love everything about being a dad, be it watching my girls smile, hearing their unconditional laughter, holding their hands, being a child again with them, or getting their special drawings every now and then. But if I had to pick one thing it is that fatherhood is unconditional love, it’s not all about ‘me’ but it is about ‘we’ a family.

Yes, a father does have a very significant impact on their son’s attitude towards girls and women, but at the same time I feel the mother too has a very strong impact. My parents have had a very positive influence on me in this context because I was never raised to think that men and women are not equal and nor I have ever seen any domestic violence at home. Learning has to begin at home and it is the parents who have to lead by example.

This is a big issue which impacts all of us either directly or indirectly. Positive male role models need to reach out to other males (young and old) who they know of in their immediate circles and educate them about this problem and bring about a change in their patriarchal mindsets. Young boys, while growing up, always look up to their fathers and father figures such teachers, mentors, uncles, older brothers etc. And it is precisely these role models who have to lead by example. We also have to get them to imbibe a ‘Pay It Forward’ attitude in this context.