Our thirteenth 2015 Survivor Stories interview is with Joy Lyn from the U.S.A.

TRIGGER WARNING: The first two Q&As may be distressing for some Domestic Violence survivors.

In her day job, Joy K. Dennis is an educator. She teaches college level writing and middle school language arts. She does freelance proofreading, editing, public-speaking and consulting. She enjoys her work because it permits her to serve others with her gifts. She is a devoted reader of memoir and self-help books. She is an advocate of domestic violence awareness through public-speaking and writing. Her blog One Day at a Time is designed to encourage survivors and victims and to inform them as well as others about domestic violence. Joy has always loved words, language and expression. Constant reading and regular writing have been a great help in healing her from the scars of a troubled past. She will be releasing a memoir titled Tears of Joy with the pen name Joy Lyn in honor of her late parents Carolyn and Ronald Lynn Dennis. 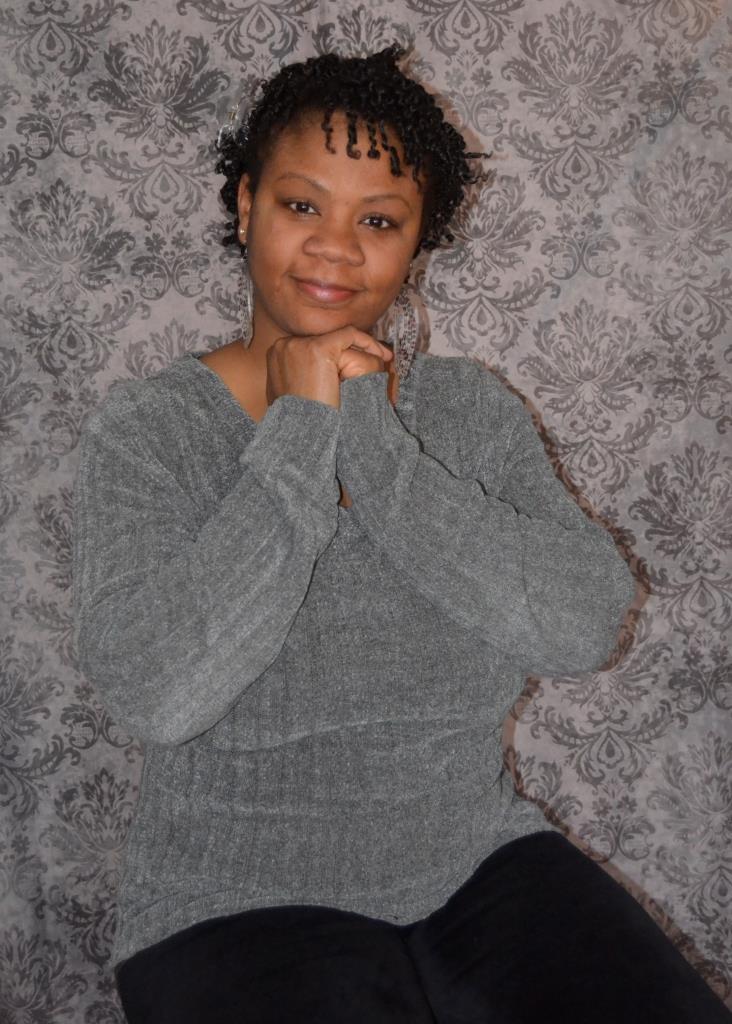 I experienced domestic violence in my first serious relationship. He choked me, dragged me across the floor of our apartment by my hair, slammed me against a wall repeatedly while I was in the first trimester of a pregnancy, berated me with words and cheated on me, amongst other things. He also dictated what I should wear and how; which of my friends were okay to hang out with and which ones were not; and even when I could see my family.

After one particular incident when he abused me I was so frightened I went to the police and told them I felt unsafe with him and finally decided I wanted a restraining order.

They took a statement then arranged for me to speak with a case worker. She was very kind and non-judgmental. She listened carefully to everything I said and told me I was being abused. She told me I needed to leave because it was a vicious cycle that would not stop. Until that moment I had no idea what I was experiencing was abuse. Knowledge was my first step in leaving.

After that, I told my family and they helped me remove myself from him. It was not easy or possible without the loving and kind support of others. I did not tell him I was going. He always used whatever he knew in advance against me. I just made arrangements to leave and one weekend I moved out unannounced.

When I was finally free of his physical presence I was wounded. I was unable to cry for a whole year about all the terrible stuff I had been through. During and after the year I left him, I could not really function. The second year after leaving him I started going to therapists which helped.

Later I joined a domestic violence group through the local battered woman’s shelter programme. It was so healing to meet other survivors and sufferers and to exchange our stories and encouragement with each other. That started me on a path to self-help that I have remained on. I also read inspiring material as much as I can. The book “Encouragements for the Emotionally Abused Woman” by Beverley Engel, changed my life in a positive way.

When I could find the words, prayer helped me alot. Most of all, my connection to the Divine Source kept me alive.

I would suggest that she do everything possible to preserve herself. There are so many resources. I know from experience when you are living in that personal hell you feel so alone, but you are not.

Do not be ashamed to get help. There are shelters, programmes and even housing to support and protect you. Once you and your kids are safe, then work on restoring yourself, building yourself up. In surviving an abusive situation, you are fortunate, but few of us are whole. I was broken when I escaped. I was just a shell of my former self, and maybe that’s what you feel like too. But guess what? You can be filled up again. No longer with heartache, low self-esteem and mistreatment but with respect, care and love.

I think we can end violence against women by ending violence against children. All abusers were children once. Children who experienced or saw or felt something that triggered abusive behavior in them. Children are innocent and they shape the future. Every victim and survivor were children once. They experienced or saw or felt something that made them vulnerable to domestic violence. We have to nurture and guide and provide for all children, for they hold the key to the future.

I support The Pixel Project because it seeks to help others in a cause that is near and dear to my heart. My mother and maternal aunts were abused by men, and so was my grandmother and my great-grandmother. Not only is domestic violence a cycle in relationships, it is a cycle in time. Generations of women in my family have known nothing else. I want to break the cycle in my family and help other women do the same.

Another reason I support The Pixel Project is because there is an element of shame in domestic violence. So many victims don’t speak up. So many survivors do not come forward. Having a voice is empowering. When you are abused you are often robbed of the power of your voice. The Pixel Project gives us a voice.